At least ten people have died in a fire at an apartment block in Paris.

The blaze broke out overnight at a residential building in a wealthy part of the French capital.

The district is home to famous museums and some of the city's wealthiest residents.

A 40-year-old woman has been arrested in relation to the suspected arson attack.

Prosecutors say the suspect lives in the building. 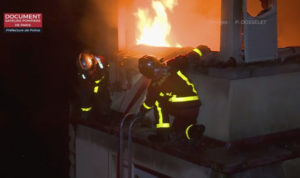 Over 30 people have been injured in the blaze, including six firefighters.

Some were filmed jumping from windows to escape the flames in the apartment block.

More than 50 people were safely evacuated.