Prince Andrew has claimed he was in Pizza Express on a night he is accused of having sex with a 17-y...

Prince Andrew has claimed he was in Pizza Express on a night he is accused of having sex with a 17-year-old girl - and suggested a photo of them together may have been doctored.

“On the date that’s being suggested I was at home with the children… I’d taken Beatrice to Pizza Express in Woking.”

Prince Andrew tells @maitlis he was elsewhere the night it has been claimed he had his photo taken with a woman who says they had sex
#Newsnight pic.twitter.com/XoDEALx5MJ

The Duke of York also said that he did not regret his friendship with convicted sex offender Jeffrey Epstein, saying: "The people that I met and the opportunities that I was given to learn either by him or because of him were actually very useful."

The royal's friendship with the disgraced American billionaire, who died in prison earlier this year, has led Buckingham Palace to issue a number of unexpected statements in the past four years, culminating in Saturday's unprecedented interview with BBC's Newsnight which was approved by the Queen.

The friendship allegedly led to him being introduced in 2001 to Virginia Roberts-Giuffre, who says she was trafficked by Epstein as a teenager and forced to have sex with his friends.

Ms. Roberts-Giuffre claims she and Prince Andrew dined and danced together at a nightclub in London before going on to have sex.

Ms Roberts-Giuffre has claimed they went on to have sex on two other occasions - allegations the duke denies.

"I don't remember this."

Prince Andrew says he has wracked his brains but cannot recall any incident involving Virginia Roberts.

He was also asked about a photo of him and Ms. Roberts-Giuffre, where he is pictured with his arm around her waist.

The photo was allegedly taken by Epstein at the house of the prince's friend, Ghislaine Maxwell, in London in March 2001. 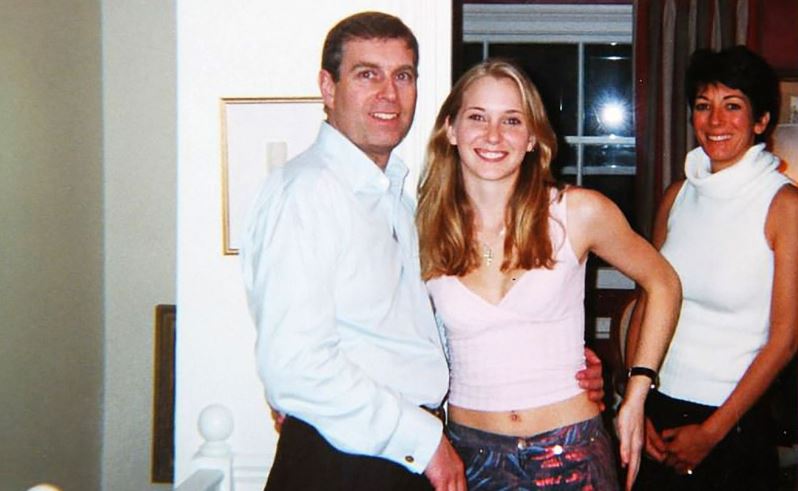 Regarding his hand being on the young woman's waist, he said: "I am not one to, as it were, hug, and public displays of affection are not something that I do... I don't believe that photograph was taken in the way that has been suggested."

He added: "That's me but whether that's my hand or whether that's the position I… but I don't… I have simply no recollection of the photograph ever being taken.

"We can't be certain that it's my hand on her left side."

Epstein Accuser 'Forced' To Have Sex With A Prince