The footballers' wives are locked in a libel row after Rooney accused her former friend of leaking stories to the press. 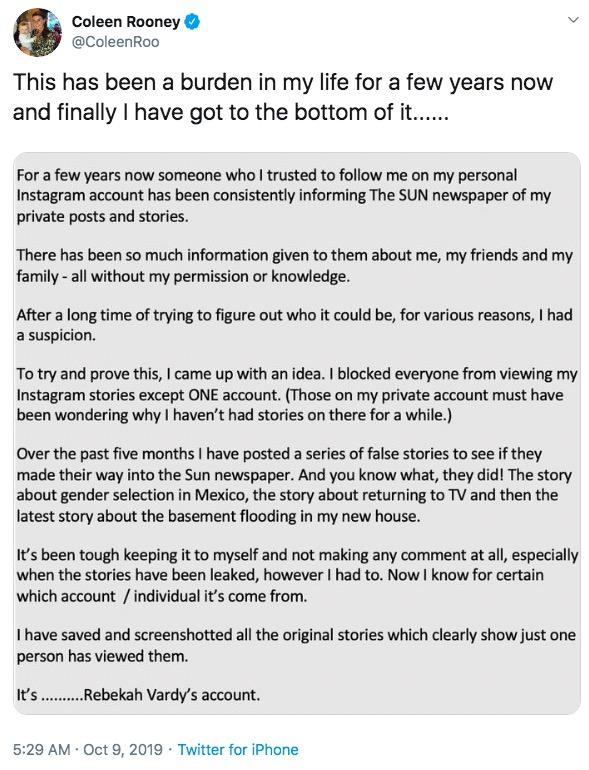 Her months-long sting operation earned her the nickname 'Wagatha Christie' and coined the infamous phrase "It's... Rebekah Vardy's account".

Last month, documents revealed Mrs Vardy, who'd denied the claims, has apparently accepted it was her friend and PR agent who leaked the information.

Caroline Watt hasn't given evidence yet.