Bohemians fans have been told they won't be allowed to attend the second leg of their Conference Lea...

Bohemians fans have been told they won't be allowed to attend the second leg of their Conference League qualifier with PAOK.

It's believed around 200 Bohs supporters are in Thessaloniki in anticipation of Thursday night's match.

The Gypsies take a 2-1 first leg advantage into the game at the Toumba Stadium, but they will face a partisan crowd.

Bohemians warned their fans that only Greek passport holders will be permitted through the turnstiles on Thursday night.

At Wednesday's pre-match press conference, Bohs head coach Keith Long said it's disappointing the few dozen fans won't be allowed to attend, and urged them to find a safe place to watch the match.

Long's opposite number Razvan Lucescu feels PAOK shouldn't even be trailing going into the second leg of their third round qualifier.

⚠️ Greek police have this evening informed the club that only people with Greek passports will be permitted access to Toumba Stadium tomorrow.

We are told that any travelling fan who has purchased a ticket today will have their ticket refunded.

The club has no say in this.

Lucescu said if not for lapses of concentration, they would have prevailed at the Aviva Stadium a week ago.

But Long is revelling in Bohs' status as underdogs.

"We've one the [first leg] game," Long responded, "Probably surprised the opposition a little bit maybe at the level of our performance.

"I'm sure they fully believe that they can go through and are very much the favourites."

But Long said he won't be pinning Lucescu's to the dressing room door, "Does it energise us? Does it give us motivation? I don't think so.

"I think what we've got to try and do is respect ourselves, respect what we're about as a team and understand what we want to try and achieve."

Bohs not only face PAOK, and a hostile home support who've been absent from the Toumba Stadium for 15 months, but also 30-plus degree heat on Thursday evening.

Long admits it will affect their approach to the second leg, but feels his young squad can cope with any and all conditions.

"I think we're the youngest team in our national league," he said, "We've got a young travelling squad. 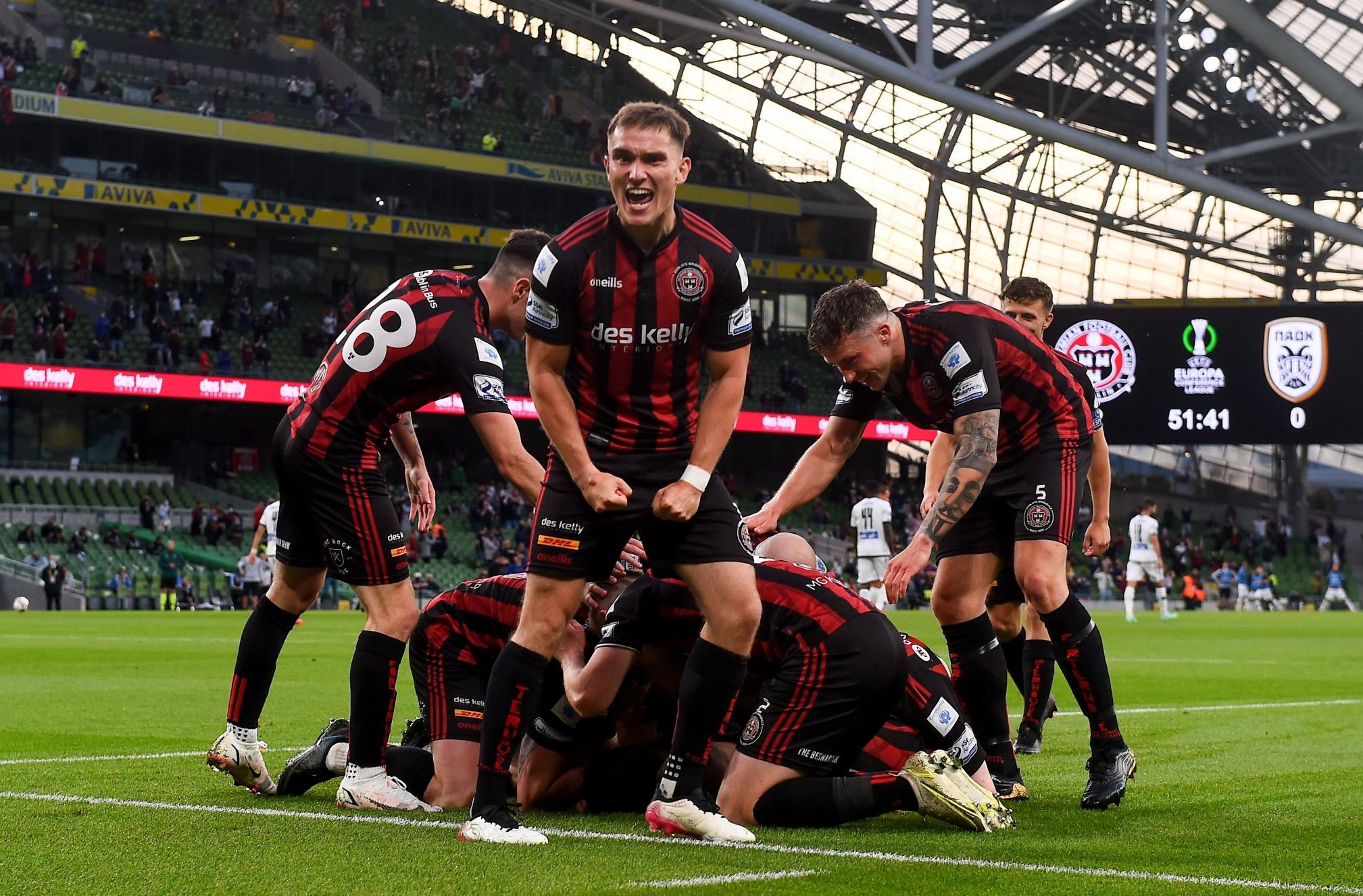 "We've got four of our U19 players, some of which have transitioned from 19's into the first team. Ross Tierney, Dawson Devoy, Andy Lyons have all played here in the UEFA Youth League.

"Tomorrow's a big step up, and it's a big opportunity for those boys to show what they're capable of. And I'm looking forward to seeing how they get on.

"This will be, I suppose, the biggest test in their development and in their careers to date for a lot of them.

"I've been pleased with the progress of the team, I think we've evolved and developed as a team. I think we have some very very capable players that can hurt you at times in games.

"Out character in the group is very good, so it's going to be a brilliant opportunity to challenge ourselves tomorrow."