The legendary Rossoneri defender is now the club's technical director, and was in Tallaght to see his side progress to the third qualifying round of the Europa League.

Goals in either half from Zlatan Ibrahimovic and Hakan Calhanoglu put paid to Rovers' hopes of progress in Europe, as Milan ran out 2-0 winners.

But Bradley says they'll learn from the experience, telling OTB Sports afterwards, "We've watched all their pre-season games, we knew they were at it. We knew they were right at it."

The Hoops boss says he was taken aback with the class of Milan both on and off the field, "Paolo Maldini and the coaches [were] really complimentary of how we play, and what we do, and for us that's really good." 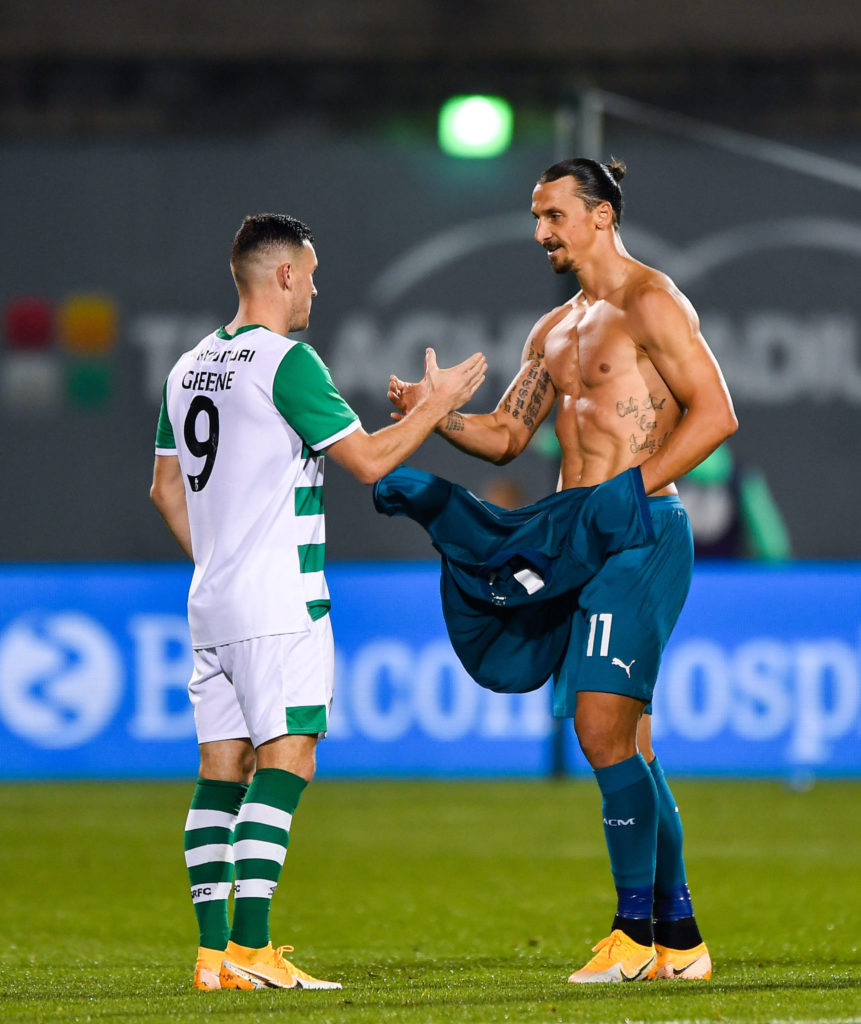 "[Maldini] was full of praise of the bravery that we showed, and how we played. They've watched a lot of our games and were full of the compliments for the team, the players and us as a whole.

"Like I said, we need to take the positives from this and move on."

Bradley says before the game he emphasised the importance of not abandoning what had brought them to the dance this season, "We can't come away from that, trust it and be brave.

"And I thought the players did that. Like I said, we created three really good chances from playing really good football against a top-top team.

"Overall, I'm disappointed with one of the goals we gave away, but overall the players were excellent".

Milan's reward is a trip to Norway in the 3rd qualifying round to play Bodo Glimt.

Elsewhere, Dundalk won 1-0 away to Inter Escaldes courtesy of a first-half goal from Dave McMillan.

The Lilywhites played the last half-hour with ten men after Andy Boyle picked up a second yellow card.

Next up for Filippo Giovagnoli's side is a trip to Moldova to play Sheriff.