Republic of Ireland forward Callum Robinson has revealed he was the victim of online racist abuse wh...

The West Brom man is set to feature prominently in Thursday's Euro 2020 playoff semi-final with Slovakia.

Since moving to The Hawthorns permanently from Sheffield United in the summer, Robinson's started all four of their Premier League games.

The 25-year old scored twice in the Baggies' 3-3 draw with Chelsea last month.

The former England underage international is likely to win his 15th international cap in Bratislava, but told OTB Sports he received racist online abuse when first called into the Ireland squad.

"When I was at Preston - when I first joined the [Ireland] squad - I had a few tweets, and stuff like that," Robinson said.

"But I haven't had nothing face-to-face, or heard anything from the fans or crowd-wise.

"With Twitter, as you know, you never get a face on the other side of it. Obviously we got them tweets deleted because you want that kicked out, we don't want any of that." 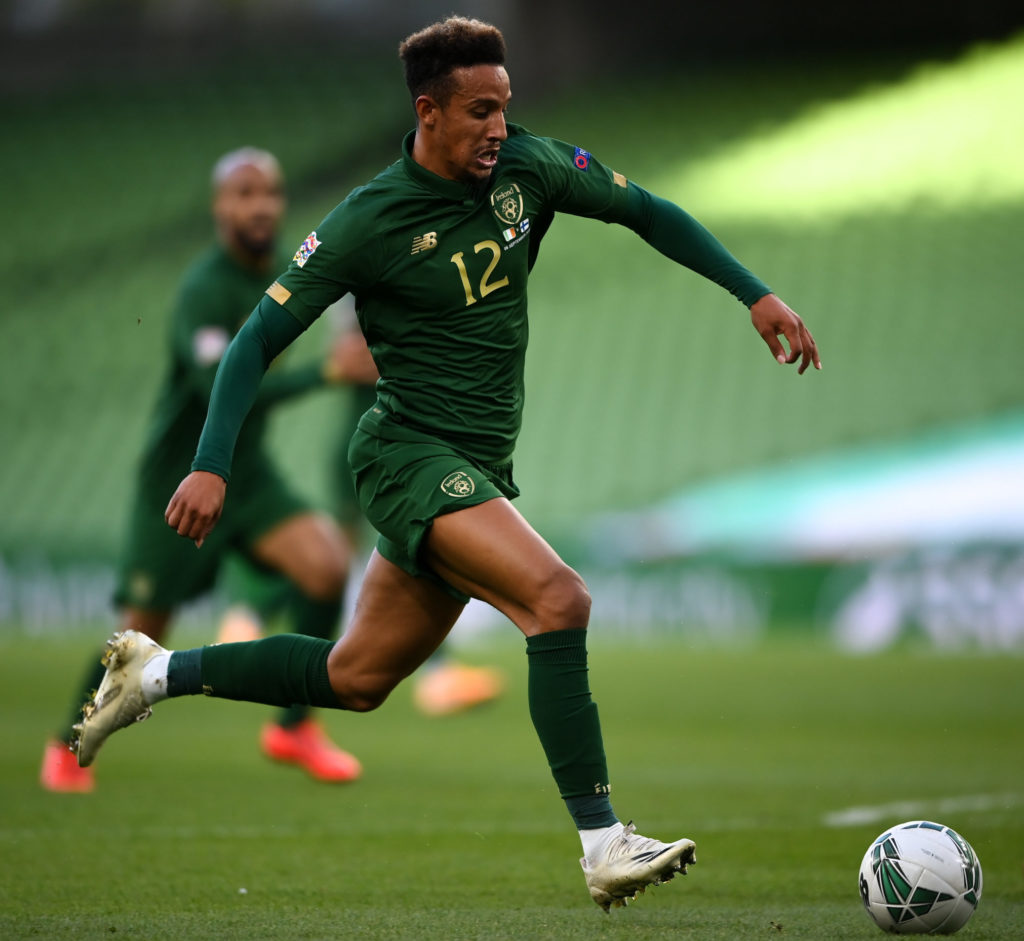 The Middlesbrough full-back said, "When you're making petitions for people to get lynched, that's a threat on your life. The Garda really didn't understand where I was coming from, they really didn't do anything about it.

"Even when I sat down and spoke to them they didn't understand, and I was explaining different stories about growing up. They were like, 'I just don't believe someone in Ireland could be racist.'"

Robinson conceded he hasn't suffered anything as extreme as that dealt with by Christie, but affirmatively says questions regarding their commitment are ridiculous.

"We're obviously playing for the country because we've got Irish in us," he told OTB Sports, "So that doesn't make sense at all.

"Obviously that's disappointing if Cyrus had that, I've had a little bit of it but maybe not as much as him or I'm not sure about Didzy [David McGoldrick].

Robinson believes players taking the knee at the start of a game still has potency.

QPR director of football Les Ferdinand said last month that the gesture had been "diluted" and now amounted to little more than "good PR".

But Robinson disagrees, saying the frequency of taking a knee works in its message's favour"Well of course, because it's every game. Everyone's watching the games, and it's viewed all around the world.

"We're making a stand, and hopefully even if it's 1 per cent or 2 per cent of kids asking the question 'Why are they kneeling? Why are they doing that?', and then their parents can answer.

"Definitely them 1 or 2 per cents is going to help this situation".

Premier League players will continue to take the knee this season

What's The Best Thing To Eat At Breakfast

Childcare Providers To Protest Again Over Lack Of Funding