The Clare senior hurling panel is unhappy with the process of appointing a new management team for next season.

The players have expressed their frustration at being left in the dark during the search for a new manager.

Earlier in the week, Donal Moloney, who served as joint-manager alongside Gerry O’Connor for the last three years, released a statement to confirm he would not seek another term due to the " ongoing uncertainty over the process. " 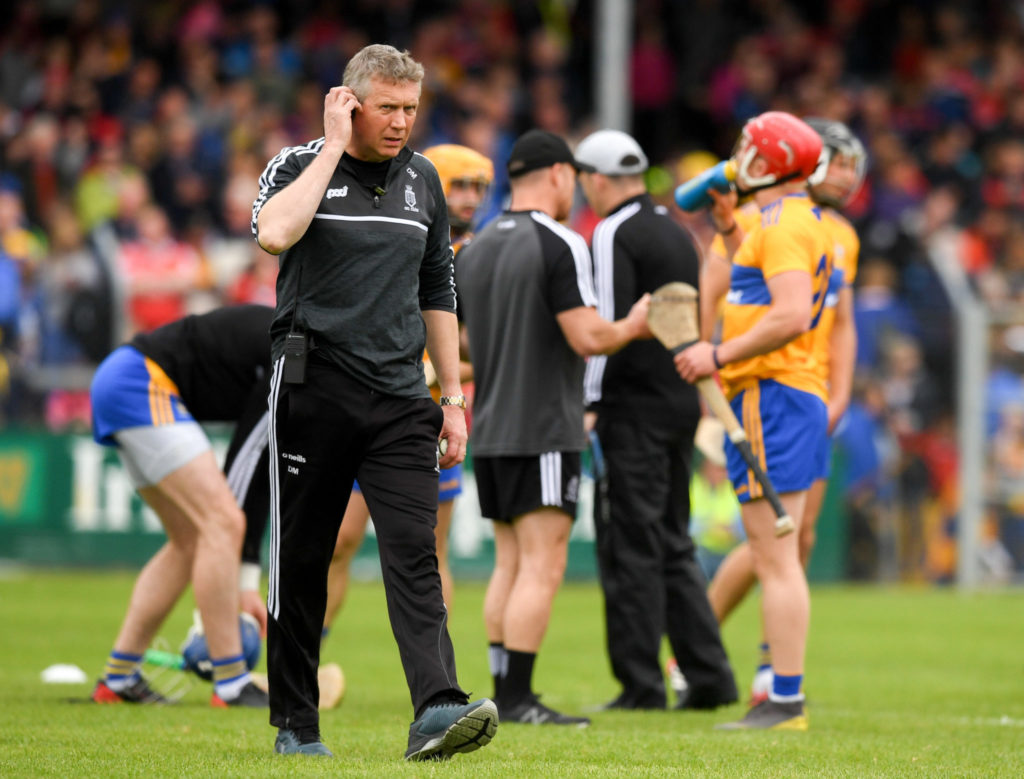 The Clare panel released a statement to the Clare Champion last night, with the panel expressing a number of concerns about the situation:

" Following the announcement on Sunday (6 October 2019) by Donal Moloney and his management team of their decision not to seek appointment for the 2020 season, representatives of the Clare Senior Hurling panel requested a meeting with the County Board Chairman Joe Cooney who is leading the process of appointing a management team.

Mr. Cooney met with representatives of the hurling squad this evening (Tuesday, 08 October 2019). "

There were a number of issues raised by the players at the meeting:

– Players outlined to the County Board Chairman their frustration at not having been consulted during the 4-month process of securing a management team for 2020. Players’ only source of information on the process was second hand updates disseminated through the mainstream media and social media.

– The players are disappointed by the length of time it has taken to conclude the ongoing process and the lack of clarity provided to Donal Moloney and his management team on the process, despite having been interviewed for the position 4 weeks ago.

– A report in the October edition of the Clare County Express falsely reported players were in favour of a change of management. No member of the Clare Senior panel approached any potential candidate for the position other than Donal Moloney (up to his announcement on Sunday that he was withdrawing his name from the process).

– We informed the County Board Chairman of the necessity for the County Board to fully support the hurling team in terms of investment in facilities such as Caherlohan, as well as provide our players with the necessary supports to maximise our ability to compete at the highest level.

– Players raised concerns about the future operation of Club Clare Hurling Supporters, which has raised over €350,000 since it was established by Gerry O’Connor and Donal Moloney in 2016. We have asked the County Board to support the continuation of the supporters club or failing that, bridge any shortfall in funding and investment that may arise from the discontinuation of the supporters club.

– The players would like to acknowledge Donal Moloney and Gerry O’Connor for their contribution over the past three years in the senior setup. The level of professionalism brought into the setup raised standards on and off the pitch.

Louis Mulqueen and Brian Lohan are understood to be the candidates in contention to become the new manager and a decision could be announced as early as tonight.

Sixteen county hurling and football finals down for decision

Applications for Clare senior hurling manager to be re-opened

Israel Folau warned about future conduct as he signs for Catalans