Delaney: 'My comments weren't meant negatively. I respect people that use their strengths'

Delaney: 'My comments weren't meant negatively. I respect people that use their strengths'

The midfielder had previously said the Irish style was akin to 'opening a tin of beans with your bare hands' after successive scoreless draws.

Mick McCarthy's side struck late to earn a priceless away point in the Danes' backyard and speaking after the game, Delaney said that he respected the Irish tactics.

"That thing wasn't meant in a negative," he told Off The Ball's Nathan Murphy.

"I have the greatest respect for people that exploit their strengths. I'm a simple player as well. They've evolved a little bit.

"Today was difficult. Ireland [matches], in the last couple of years, are some of the hardest games we have played.

"That's something to consider when we had that 5-1 game. In the end, I think we did well. We had a decent game in the second half and still ended up 1-1. That tells you a lot about the game." 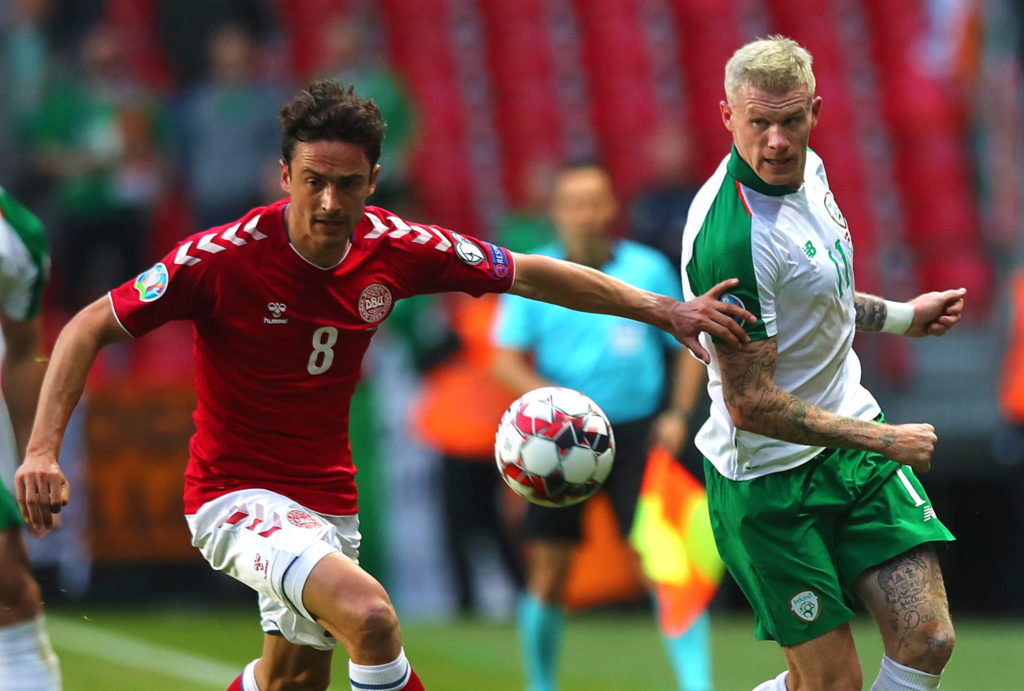 Pressed as to whether the draw was a fair result, he said: "Honestly, that doesn't matter. You could say it wasn't. I don't think anyone cares about that.

"Sometimes you've got a player like Duffy with a big body and a great ability to jump and head. That's very difficult to defend."