Dundalk manager Vinny Perth spoke on tonight's show about the impact the coronavirus outbreak is hav...

Dundalk manager Vinny Perth spoke on tonight's show about the impact the coronavirus outbreak is having on League of Ireland teams across the country.

The League of Ireland is on hold until mid-June at the very earliest as a result of COVID-19. It's hoped the season can resume in a shortened form and reach its completion by December.

Many clubs have been affected and have announced their inability to pay staff for the duration of the crisis, however the Lilywhites announced yesterday they would continue paying staff.

Perth told Joe Molloy on tonight's Off the Ball that although that is a positive, he knows the news wasn't so good for other domestic sides.

"Without stating the obvious the wider community is more important than the football at this stage. It was a strange one when you've got confirmation that everything was sound in Dundalk and you see other clubs having to announce the opposite in terms of not being able to pay players.

"It left you with a strange feeling because I didn't want to be the one saying 'Ah we're alright Jack.' There's people in our community who have lost jobs.

📝 The club's Board of Directors has issued the following message to all #DundalkFC supporters and volunteers.

"I was in and around Dundalk today and people around there have lost jobs, big companies have shut down and put people on temporary leave so it almost feels like you should say nothing.

"At the same time it's important that clubs send out a message as well and they let people know there is positive news around the League of Ireland.

"I spoke to Neale Fenn, Cork City's manager, just to wish him well... it was a strange feeling actually, it wasn't one where you punch the air and say 'we're alright' and to hell with everyone else."

Perth said being around Dundalk earlier made him realise just how quiet things are at the moment.

"It was very eerie. Normally our ground would be, I would say open to the public, very often people would come in and have a look. It's near a public walkway and people would often stop and chat to players if they were hanging around or walk into the ground.

"In the ground today it was strange, the gates were locked after, there were only three or four members of staff there just tidying up and putting stuff away.

"It was very eerie, it's a strange time. The drive to Dundalk from where I live at nine o'clock takes me 45-50 minutes [these days]. Normally it takes an hour and a half, so it just shows you. The country is as close to lock-down as can be."

The Dundalk boss, who was previously assistant at the club under now Republic of Ireland under-21 manager Stephen Kenny, says their 'open' attitude towards training sessions has led to great experiences for some people.

"We quite often have people walking past who come in to say hello. We've had some wonderful experiences, we had people travel from different parts of the world and just show up to get a picture outside of the ground. 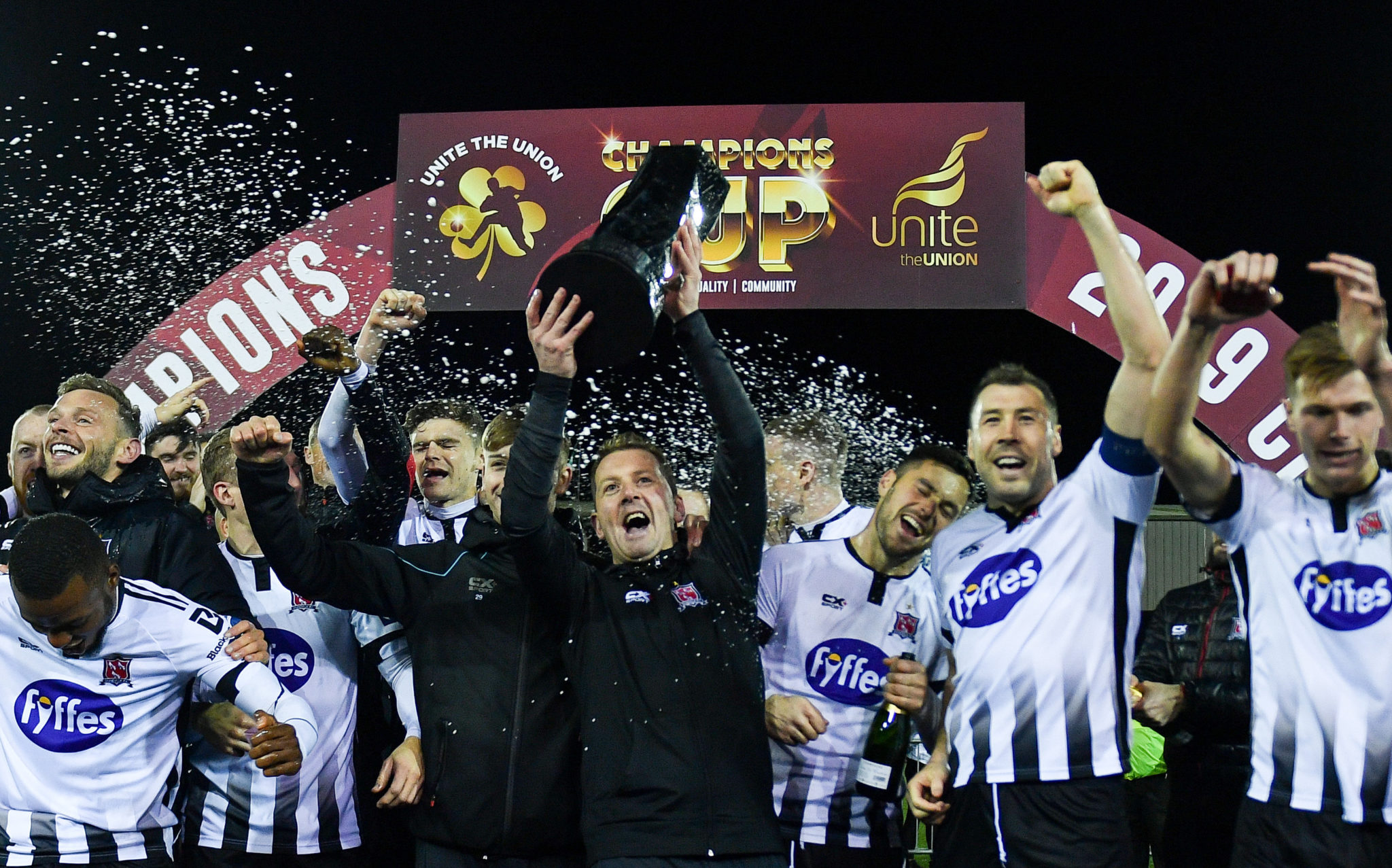 "We had a girl from Canada over and her father originated from Dundalk. Maybe 40 or 50 years ago he used to go and watch the games, she came over for a photograph, I don't know who spotted her outside... she came into the ground and met all the players.

"[She] left in tears of joy... that's what football is all about. I suppose that's why we all miss football and sport because there is that human element to it where it brings so many people together."

In these quieter times Perth says he hopes young players, and the wider public generally, look after their mental health, and spent some time away from staring at screens.

"That's my biggest concern now, not just around our team or around football, is mental health. You see some people on our away trips just binge on Netflix... I can't see how you could binge on Netflix for three or four weeks at a time, it's not good for the head.

"Some people would play Fortnite or FIFA or whatever the case may be. What I've done is I'll recommend different podcasts or books to people.

"You can only recommend... it's not everyone's cup of tea to read a book or do different things. We encourage everybody to get out where it's safe [to do so].

"Dressing room banter is something most 'normal' people, or people outside of sport, don't understand, but it's so important. It's the one thing players tell you they miss when they retire.

"Even if you were the one that got the mickey taken out of you you miss that banter, you miss people hiding your boots, or your shoes, or your shower gel. It keeps them young!

"Athletes at this level are so focused, even on holidays they're doing certain things. It's very hard, to be honest, to keep footballers focused at the moment."