The new regulation follows an 18-month trial period with EFL clubs voluntarily committing to interview at least one BAME candidate. That commitment has now been formalised with the introduction of a new Regulation ensuring that the principle of providing more opportunities to BAME candidates is mandatory when Clubs consider multiple applicants for a role.

The regulation mirrors the so-called 'Rooney Rule', which is a policy in the NFL that requires each of the 32 franchises to interview BAME candidates for head coaching and senior operation roles.

Among the 72 EFL clubs, only three employ BAME managers, and they're all in League Two. Sol Campbell took charge at Macclesfield in November and helped them avoid relegation. Ex-Manchester City defender Keith Curle is in charge of another League Two side in Northampton Town, while Dino Maamria manages Stevenage.

Speaking at the beginning of the trial period, EFL chief executive Shaun Harvey said they wanted to lead the way in terms of equality, "Having operated such measures in both academy and first-team football over a whole season, we believe that this approach has the potential to deliver the right outcomes if operated by all clubs over a period of time."

It's also been decided that no club can spy on an opponent's training session 72 hours before a scheduled match between them. 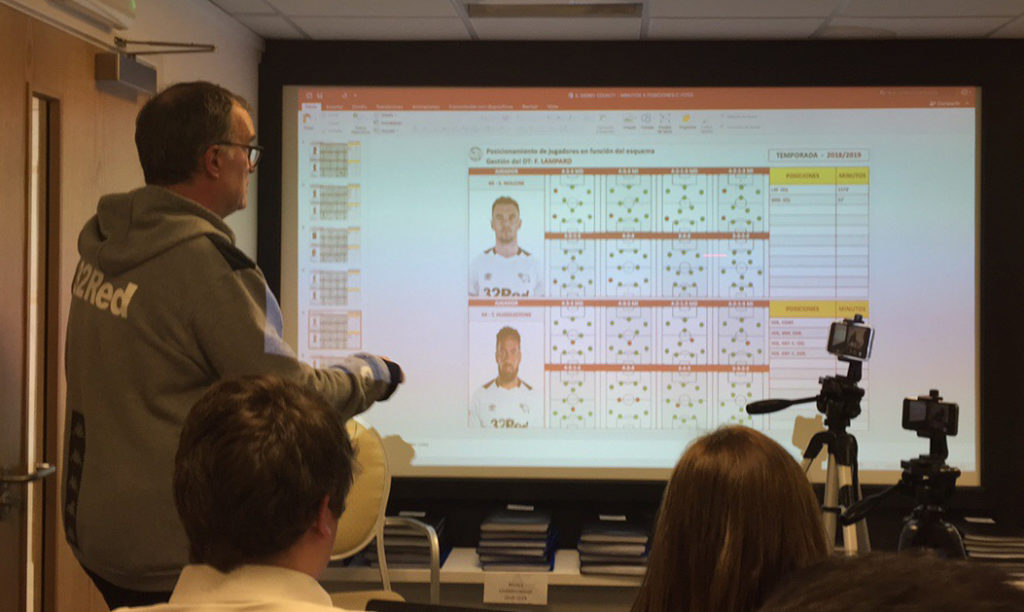 Leeds United manager Marcelo Bielsa gives a PowerPoint presentation to the media during a press conference at Thorp Arch, Leeds.

Leeds United were fined £200,000 by the EFL after a member of their staff was apprehended and removed by police from Derby County's training ground ahead of their Championship meeting in January. Leeds manager Marcelo Bielsa subsequently admitted to having spied on each of their Championship opponents up to that point in the season.

Despite the investigation and the Leeds fine, the EFL say "further clarity was required in the Regulations so that Clubs are clear on their obligations."

The new Regulation reads as follows:

Without prejudice to the requirements of Regulation 3.4 (that each Club shall behave towards each other Club with the upmost good faith), no Club shall directly or indirectly observe (or attempt to observe) another Club’s training session in the period of 72 hours prior to any match scheduled to be played between those respective Clubs.