Europe win Solheim Cup in dramatic fashion thanks to wildcard

Europe won the Solheim Cup in dramatic fashion on the 18th green, with the final putt of the tournam...

Europe win Solheim Cup in dramatic fashion thanks to wildcard

Europe won the Solheim Cup in dramatic fashion on the 18th green, with the final putt of the tournament from Norway's Suzann Pettersen.

The 38-year-old wildcard pick was a controversial one by team captain Catriona "Beaney" Matthew as she's only played twice in the past 22 months, but it proved to be a good decision. She holed a six-foot putt to win her match against Marina Alex of the USA - and announced her retirement immediately afterward. 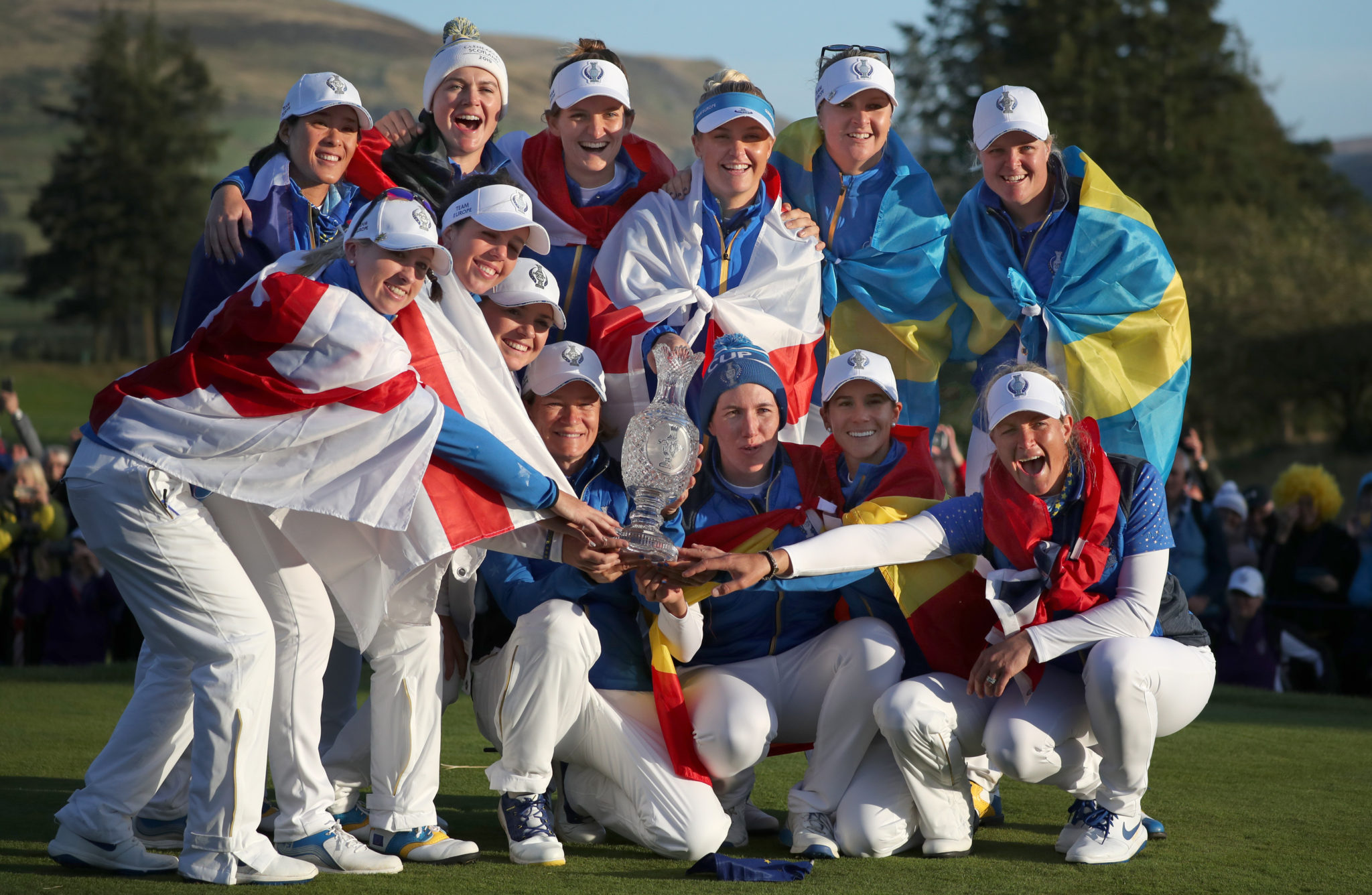 Speaking after the win, Pettersen said, "I think this is a perfect closure, the end for my Solheim career and also a nice 'the end' for my professional career. It doesn't get any better than this.

"And to do it with these girls, I never thought I was going to be here four months ago until I met Beany this summer. And to have the confidence from Beany to give me the go, yeah, this is it. I'm completely done."

Suzann Pettersen said she wasn't aware that it was down to her to win the cup. She said, "I thought Bronte was in behind me in the fairway, but she's so good, she closes it out on 17. So I actually didn't know that it was the putt.

"I mean, can you ask for more? The last putt to win the Cup, when it's that close? History was just made, to win here in front of the Scottish crowd. I could never in a million miles dream of something like this."