Republic of Ireland international Glenn Whelan says he feels "let down" by Hearts after leaving the...

Republic of Ireland international Glenn Whelan says he feels "let down" by Hearts after leaving the Scottish Premiership club on Tuesday.

Speaking to the Herald, Whelan says he was "thrown under a bus" by Hearts and labeled the Edinburgh club "amateurish".

The 35-year-old was released by Hearts on Tuesday after only four months in at the club.

Whelan joined Hearts in the summer from Aston Villa and the Dubliner has been one of the standout performers for the Republic of Ireland in recent months but it appears the new Hearts boss Daniel Stendel made his mind up early on.

Whelan said in his interview in the Herald: "When the new manager came in, the first person he spoke to was me. He was already having a bit of a go.

"My reaction was, you have just walked in the door, you've not seen anything.

"In training, I think he did things to show the other players, especially the younger players, that he was the boss, he was nit-picking with things I was doing in training." 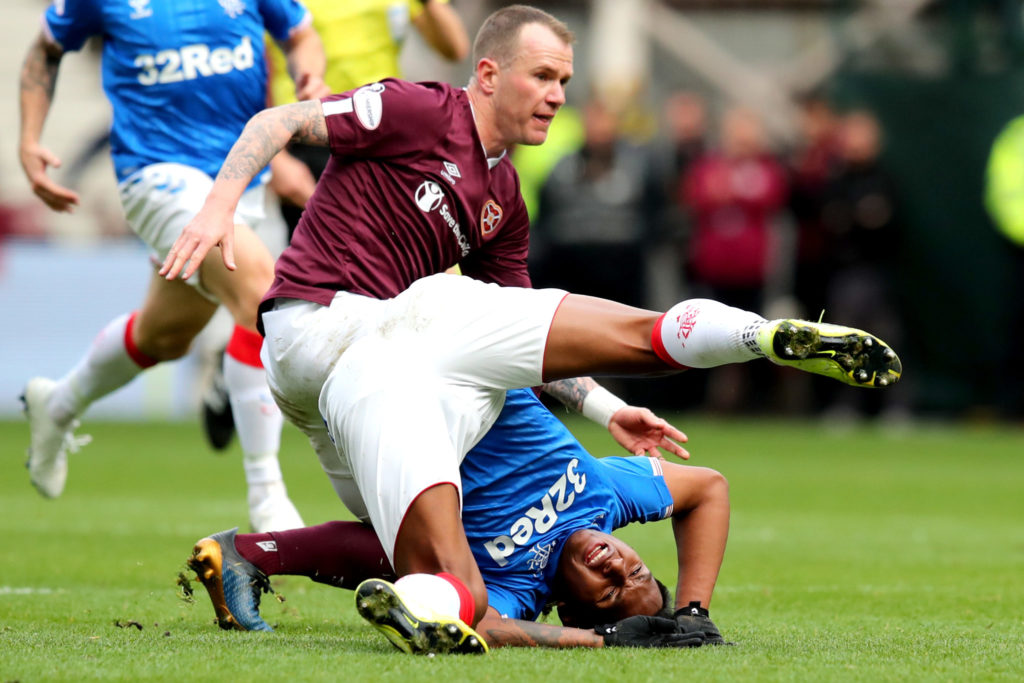 Whelan was picked to play in Stendel's first game, at home to St Johnstone.

"We conceded a late set-piece and lost the game 1-0, but I think I did OK. And then he dropped me for the next game, Celtic at home".

There was even worse to come for Whelan ahead of the derby with Hibs on December 26.

Whelan revealed: "At 9.10pm on Christmas night there was a message in the players' group chat, that they only wanted 18 players in the squad for the next day. And I wasn't in it, that was the first I knew.

"So they played Hibs on St Stephen's Day and I wasn't involved. I had the kids up there with me, I was more than happy to go and be part of the game.

"Things were being said about me, that I didn't fancy it, I was laying down the tools.

"No way was that the case on my part. I don't think he was watching the games if the manager felt like that.

"My form was good for the last few months but the manager came in and wanted to show his power, show the other players that he's the boss, he's the main man."

Whelan's days were numbered at Hearts the day after the 2-0 derby defeat to Hibs.

"I went in to train on the 27th, there were two groups: a recovery group of the lads who had played and another group of players who hadn't played and those not in the squad. I wasn't in either group. My name wasn't even on the sheet.

"I went to the manager to try and have a word.

"He was watching videos of the Hibs game and said he didn't have time to speak to me.

"I went to the gym, did a bit of work on my own, got showered and went back to my apartment. That was the last of it for me at Hearts."

Whelan's focus will be on finding a new club in order to make sure he's part of Mick McCarthy's plans for the Euro 2020 playoff semi-final away to Slovakia in March.

The former Stoke midfielder wanted to get his side of the story out there after his departure.

"I do feel let down. The way my name is out there now it feels like I have been thrown under a bus.

"There are a lot of players at Hearts who have not been fit, I have tried my best with the quality that is around us and if that wasn't good enough, it was certainly not my fault."

Whelan feels let down by Hearts and is still waiting to hear from the club.

"They call themselves a professional football club, but I never heard anything from anyone at Hearts.

"On Monday night, I got an email from someone at the club with the contract details, asking me to sign so we could go our separate ways.

"I didn't ask for any money, I was happy to just go. But it was all very amateurish from their side.

"New managers can come in with new ideas, that's football, but to be let down the way I was and be treated the way I was, with no one at Hearts having the decency to speak to me or give me a call: that's disappointing."