Katie Taylor has vowed to change things up when she takes on Delfine Persoon for a second time on Sa...

Katie Taylor has vowed to change things up when she takes on Delfine Persoon for a second time on Saturday night.

The Bray boxer got the decision off the judges when the two met in New York in June 2019 to become the unified Lightweight world champion.

One of the three judges scored it a draw, while Persoon felt she had done enough to get the decision so it sets things up nicely for the rematch.

The two will meet again in Matchroom’s Fight Camp in Essex, which is a far cry from a packed Madison Square Garden.

Taylor is fully focused on the task in hand despite an unusual build-up amid the pandemic.

"It's definitely been a strange week but a great week, I'm definitely enjoying the experience, it does feel a bit like we're in prison for the week but it's great," Taylor told Sky Sports at her workout on Wednesday.

"I'm just purely focused on the fight on Saturday night and I can't wait.

"All the hard work is done and we're just here to stay sharp for the week and purely focused on Saturday night, I don't really see too many (people) on fight week anyway, I do keep myself to myself." 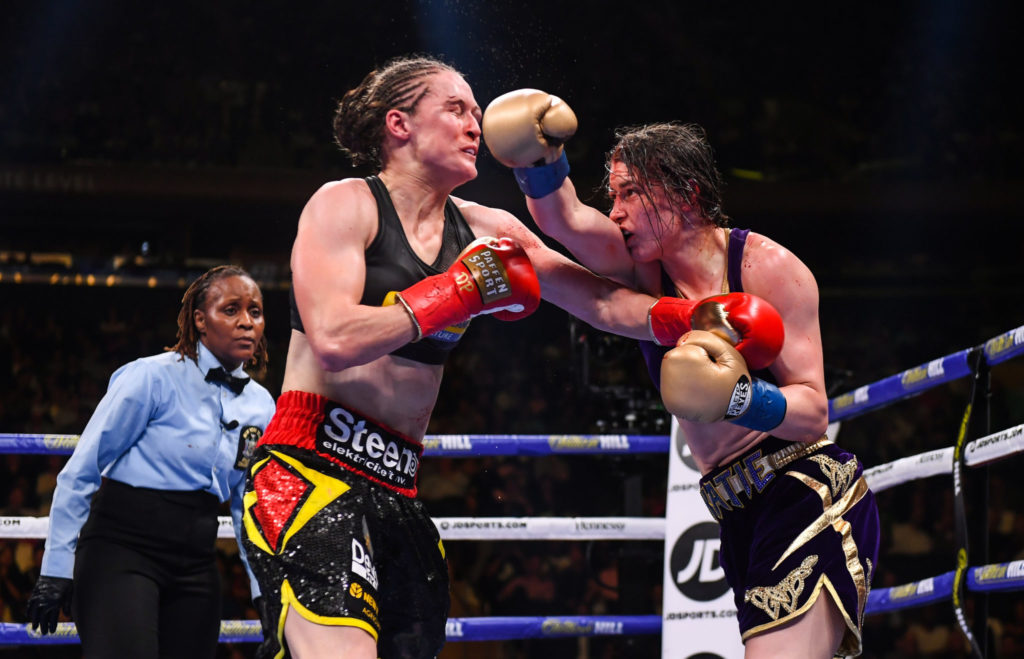 The 2012 Olympic champion has spoken about wanting to prove the doubters wrong on Saturday night, those who felt Persoon should have won the first fight.

"This is a fight that I've always wanted, I knew straight away after the first fight that there was going to be a rematch in place.

"This fight's kind of been hanging over my head over the last year so I'm definitely looking forward to clearing any doubts on Saturday night.

"I hope it's not going to be as exciting this time around but I'm hoping to obviously box a lot smarter this time but without a crowd this is the purest form of boxing we're ever going to see really."

The 34-year-old admits there will be no love lost when she stands toe-to-toe with Persoon in the ring and Taylor effectively said the two fighters were "willing to take each other's heads off" but instead opted for the more respectful line of "I'm trying to knock her out, she's trying to knock me out."

Taylor has six knockouts from her 15 professional bouts so she says she will be ready to go the distance with the Belgian.

Taylor knows there is a lot to live up given what has happened in women's boxing over the last few weeks.

"The fights over the last few weeks have been sensational...both Terri Harper and Natasha Jonas were sensational as well as Cecilia [Brækhus] and Jessica [McCaskill] and Shannon Courtenay and Rachel Ball.

"Tt's been a fantastic few weeks for women's boxing and I hope we can continue that on Saturday night."

MTK Global to cease operations in light of Kinahan sanctions