GPA seek clarity from GAA on contingency plans for the season

The Gaelic Players Association (GPA) want further clarity from the GAA regarding its contingency planning for the 2020 club and inter-county seasons.

All gaelic games activity is suspended as a result of the COVID-19 pandemic, while all mass gatherings of 5,000 or more are banned until September 1.

GAA president John Horan says the association won't be making any rushed decisions about a return to play, and claims there's "no appetite" to play games behind closed doors.

The GPA - in a letter from chief executive Paul Flynn - concede that, "the GAA can’t deliver certainty around fixtures at this time".

Flynn adds, "It is a fluid and ever-changing situation.  However, what we would like to see is some further clarity around the GAA’s contingency plans for the inter-county and club season." 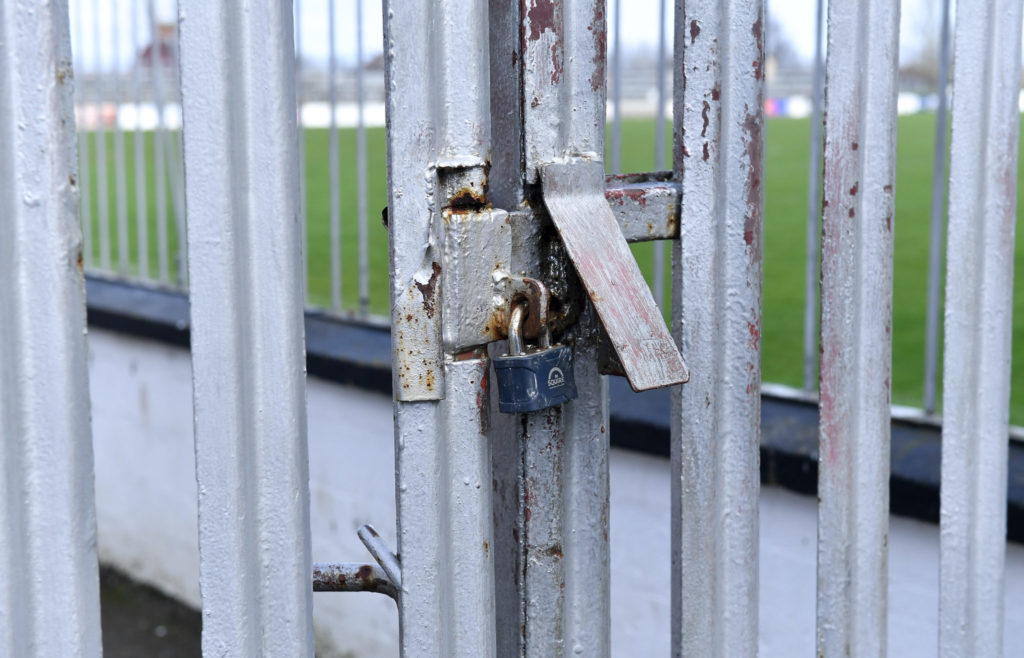 15 March 2020; A general view of a locked gate at St Conleth's Park in Newbridge, Kildare, at a time when Kildare should have been playing against Cavan in a Allianz Football League Division 2 Round 6 game. Photo by Piaras Ó Mídheach/Sportsfile

The GPA statement continues, "The close contact nature of the playing and training environment which surrounds our games presents a heightened risk to the welfare of players, and a considerable challenge to return to action while adhering to social distancing and public health guidelines.

"It is important that the GAA engage external expert medical advice, to formulate an evidence-informed decision on a safe return to play. We will continue to work with the GAA on this."

The players association say they have been talking with health representatives from many sports, particularly American football, as they attempt to formulate the best way for a return to play.

Earlier this week, the GPA took part in a call led by the NFLPA’s Medical Director Thom Mayer and Dr Ross D. Zafonte Chairman of the Department of Physical Medicine and Rehabilitation at Harvard Medical School.

The GPA say how they highlighted, "how they are exploring a biodome (hubs) or mass quarantine options with extensive testing protocols."

While Horan claimed to be "aghast" at a story regarding priority testing for inter-county players, the GPA don't necessarily rule it out.

"This idea may be unrealistic to the GAA, and there is a concern that the players would be put at higher risk without the additional protection of quarantine and continuous testing," they say.

"However, the key message is that they are exploring all options, all eventualities, and they stress that evidence-based ideas will lead them.

"The GPA feel it is essential that we too continue to explore all opportunities.

"Although the many differences between professional sports and amateur sports make it more challenging for the GAA to overcome, this information gathering will assist us in learning more about the virus and exploring all options to a safe return to play.

"All of this will align with the respective public health advice."

The players association says that "public health advice will be the guiding principle" regarding their players returning to action.

Flynn adds, "We will not countenance a situation arising where players are asked to put themselves or their families and loved ones at undue risk. Your health and safety are non-negotiable."

France-Scotland may have to wait until July, Galthié in firing line

2020's Most Popular Baby Names Have Been Revealed