Manchester City boss Pep Guardiola has thrown cold water over claims that his team are currently the...

Manchester City boss Pep Guardiola has thrown cold water over claims that his team are currently the best footballing side in the world.

City are still in the running to win four trophies this season and will go 15 points clear at the top of the Premier League on Tuesday night, if they beat Wolves at home.

Victory at the Etihad Stadium would also extend their current run of match wins to an incredible 21 but the Catalan native still does not believe that counts for anything until they collect some silverware.

"The best team in Europe and in the world are Bayern Munich because they won everything - they are the best," said Guardiola at his pre-match press conference.

"In England, the champions are Liverpool because they are the best. If you want to take the crown, you have to win. In March, nobody is champions.

"We have to do well and try to win but we cannot deny the last few months were exceptional in terms of results.

"When we played well and won comfortably, but even when we don't play well like in the last game when West Ham were exceptional, we are able to take the points." 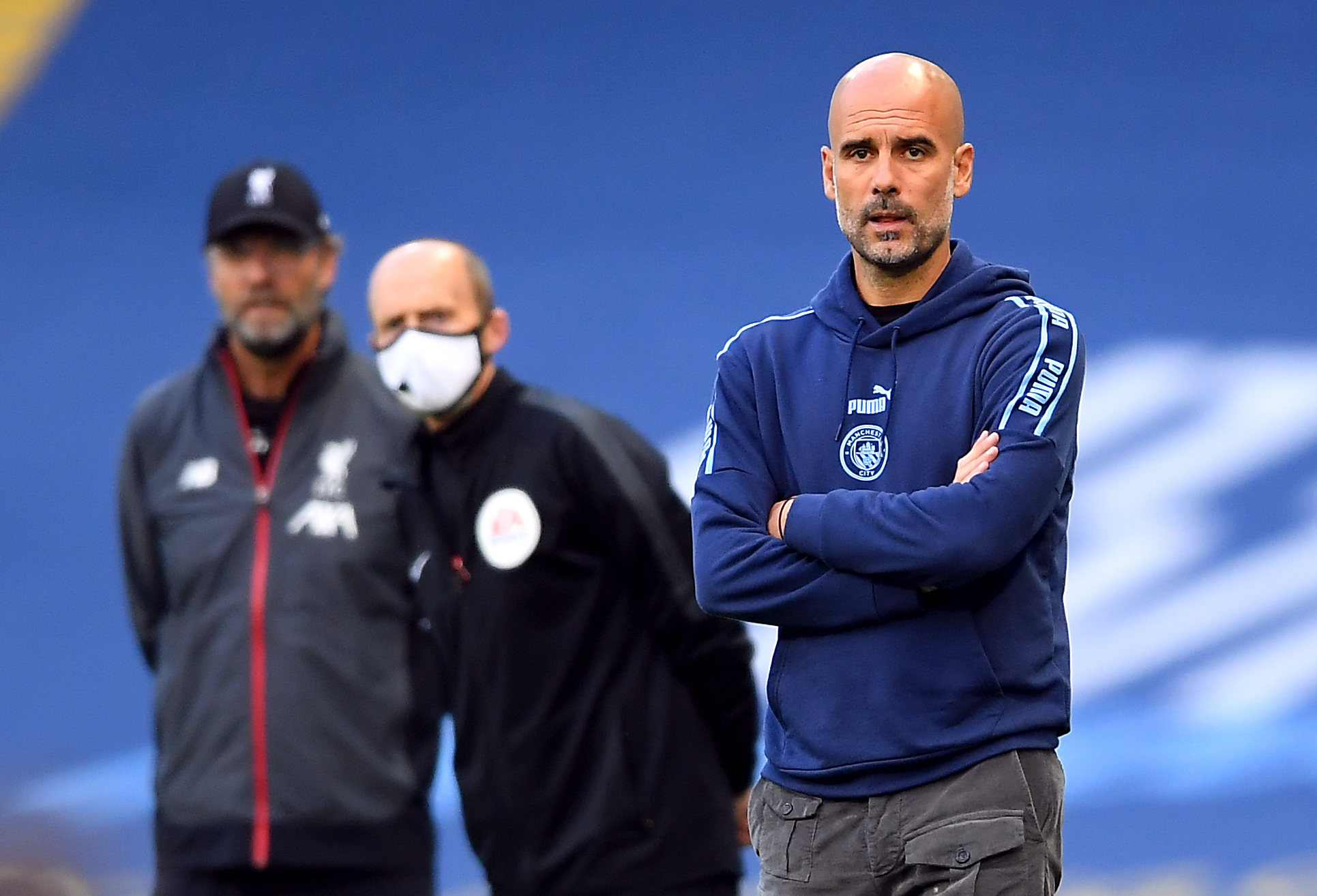 The City manager also confirmed the departure of central defender Eric Garcia who failed to reach an agreement on a new deal with the Premier League leaders.

The 20-year-old will join Guardiola's old club Barcelona when his contract expires in the summer.

"Eric Garcia is like a son," said the City boss. "He was a guy last season that after lockdown was our best central defender. He never made a mistake and played in the quarter-final of the Champions League.

"He's going to play in Barcelona and that is not an average player - he is a top player. He was not selected in the last two games and it broke my heart.

"That is why it is difficult for all the managers when you have a squad. You cannot imagine what it means."