Welsh midfielder will leave Arsenal for Juventus this summer.

Arsenal manager Unai Emery has confirmed that Aaron Ramsey has played his last game for the club due to injury.

The Wales midfielder tweaked his hamstring in the Gunners' Europa League quarter-final second leg at Napoli earlier this month and the issue will rule him out until the summer.

Ramsey will leave Arsenal when his contract expires next month to join Italian champions Juventus and Emery says he'll be missed at the club.

"We can't use him, injuries come for players like that and we have players who can play.

"But he was in a good moment when he took this injury. I had a good experience with him, he transmitted his energy and his heart is red like Arsenal.

"I wanted to enjoy this with him. I said to him I wanted to do something important with you.

"Aaron played so many years here, he is so important for the club and the players because he did so much for the new players.

"He signed for Juventus but he is still a professional and always fought for the club.

"Some other players might stop fighting - but he loves this club so he stayed 100 percent. He has a great mentality. I will miss him a lot - we have good memories." 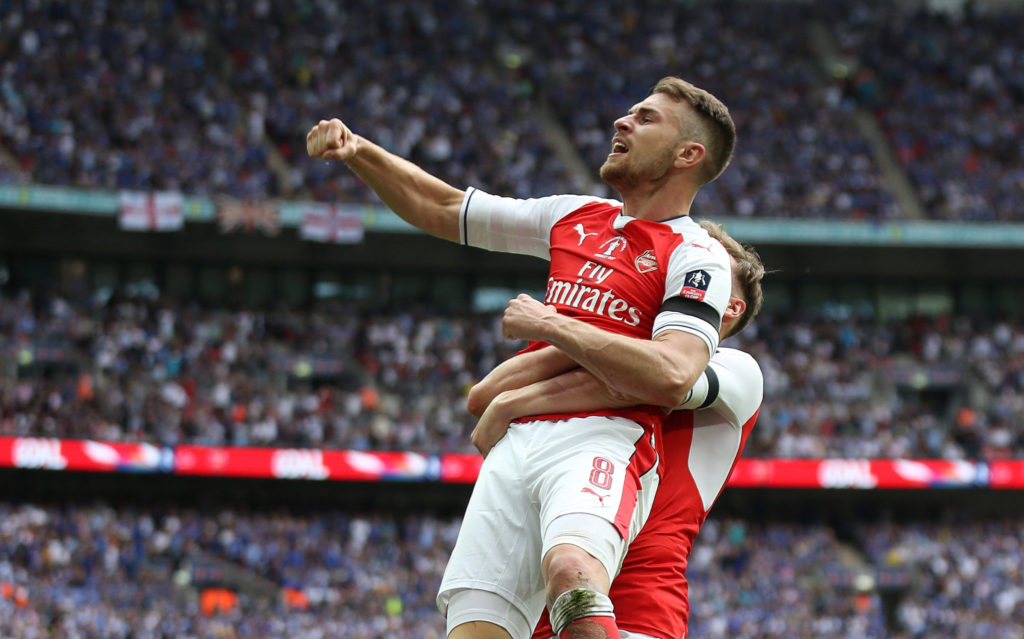 "He loves this club, he played 100 percent for the club. We will miss him a lot. I think the first FA Cup we won together he gave us this trophy. It was a good memory.

"What I like about Aaron is that we know he has signed for Juventus but he is still a professional and still fights for the club and the team. Sometimes you get players who stop fighting for the club and team. I like him. I miss him.”

Ramsey and Robson-Kanu ruled out of upcoming Wales games