Ireland scrum-coach John Fogarty says the players are determined to convert their chances into tries against Italy tomorrow.

Andy Farrell's side scored only two tries in their defeats to Wales and France in the opening two games of their Guinness Six Nations campaign.

Speaking to Irish Rugby TV after today's captain's run in Rome, Fogarty revealed that the players have taken responsibility for making things click against the Azzurri.

“That the players have led in how they’re prepping during the week and finishing off those last pieces. We’d expect to put ourselves in good positions to start with and that’s going to be a battle against Italy.

“When we do put ourselves in good positions, have that focus. Have that clarity in our heads to just get after it and get it done.” 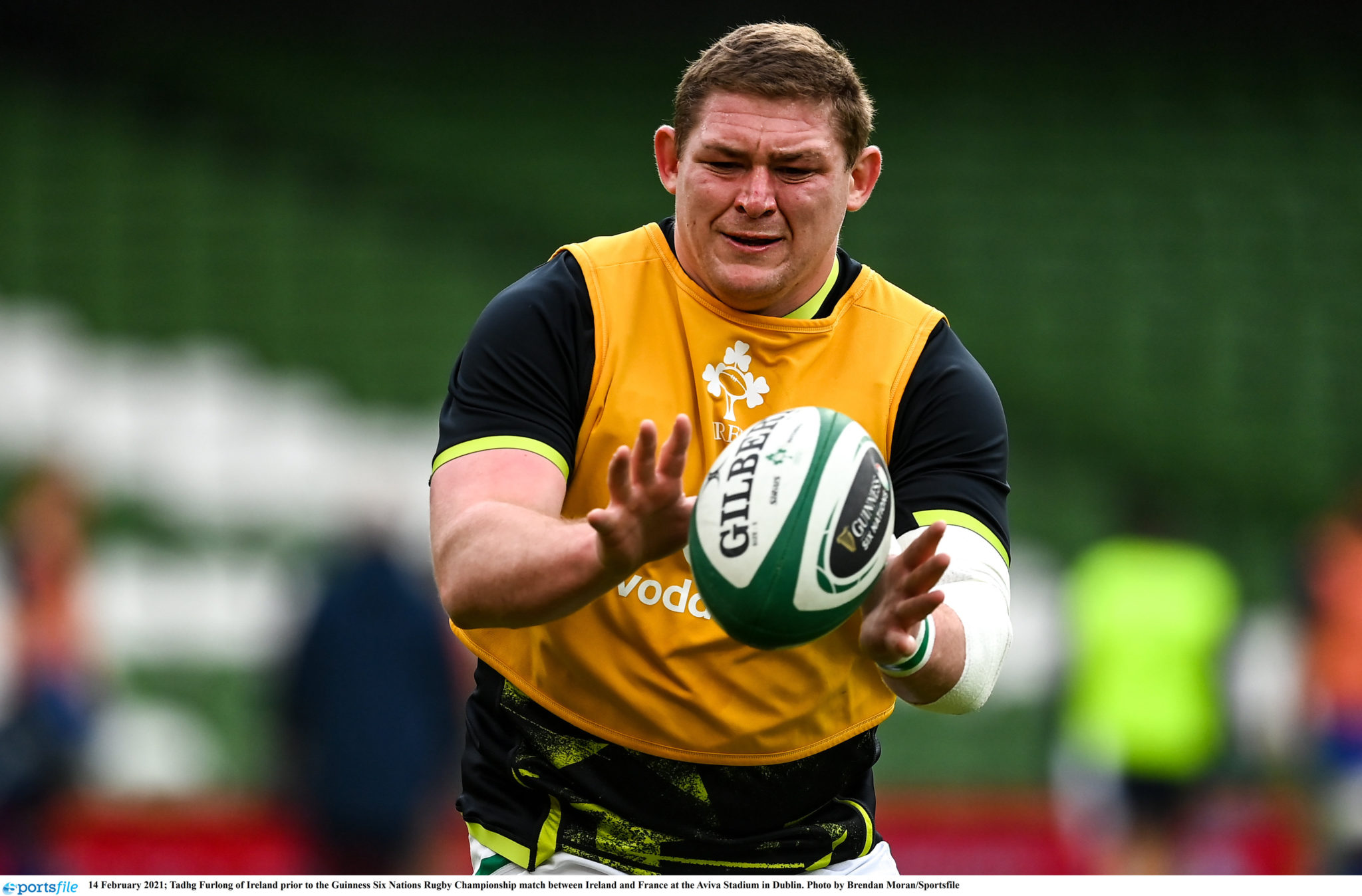 14 February 2021; Tadhg Furlong of Ireland prior to the Guinness Six Nations Rugby Championship match between Ireland and France at the Aviva Stadium in Dublin. Photo by Brendan Moran/Sportsfile

Return of Kilcoyne and Furlong to front-row

Fogarty has also welcomed the return of Tadhg Furlong and Dave Kilcoyne to the front-row at the Stadio Olimpico.

"They’re delighted to be back, ‘Killer’ and Tadhg in a starting jersey for Ireland. “It has been brilliant to see during the week their prep. How much focus they have put into what they need to get done during the week, so that they can perform tomorrow.

“In general, the pride they have of getting back into a starting Irish jersey. We’ll expect huge energy from that group of props to start. Cian Healy and Andrew Porter have gone so well in the previous games.

Griggs attempts clarity with domestic comments, finds none for Molloy

Energia Park to stage Ireland's 'away' match against Italy