James McClean has explained why he took to social media to ask why his team-mates have not supported...

James McClean has explained why he took to social media to ask why his team-mates have not supported him publicly over the sectarian abuse he has received.

McClean posted a message on Facebook on Monday that accused football of double standards when it comes to racist and sectarian abuse.

It came off the back of the racial abuse directed towards his Republic of Ireland team-mate David McGoldrick and Crystal Palace forward Wilfried Zaha in recent days.

The 31-year-old Derry native has been in the headlines every November for refusing to wear a poppy on his jersey on Remembrance Day, due to the 1972 Bloody Sunday massacre.

'Is this something that Stephen Kenny has to address?'

What do you make of James McClean calling out his Irish teammates for supporting #BlackLivesMatters, while not speaking out about the abuse he's been subjected to?#OTBAM in association with @GilletteUK | #MadeofWhatMatters pic.twitter.com/IU3GP86z35

McClean spoke to Jim White on talkSPORT on Tuesday morning to explain the point of his social media post.

"I’m seeing all this support for McGoldrick, Zaha, and Sterling and that and rightly so," McClean said.

"I don’t want to take away from the attention and the support they’re getting because it’s bang on, it’s absolutely correct and so they should.

"The point I was trying to make was: it leaves a sour taste in my mouth because I’m seeing all this support and I’m thinking, I’ve been abused for the last nine years, where’s my support been? Where’s my level of attention?

"And when I say attention, I’m not looking for attention, in my mind discrimination is discrimination, but it almost seems that one holds a higher precedence over another, and that’s what irritates me.

"I’m not asking for sympathy or looking for attention, I’m just asking for equality, that’s it really." 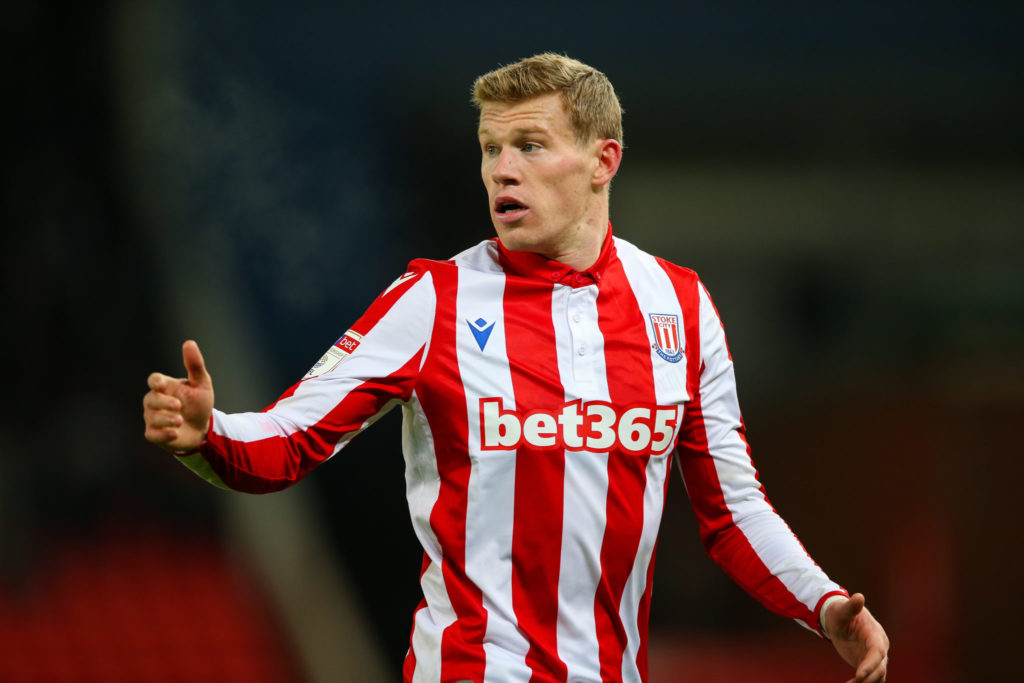 McClean has also critical of the role the media has played in the abuse he has suffered.

"If anything, they’ve actually added to it. They’ve added to the agenda, they fuel the fire.

"I’ve been getting horrendous abuse, I’ve had police at my door, at my family home, taking fingerprints when I was at Sunderland because we’ve had letters, birthday cards, it’s all been very well highlighted and attention brought to it by myself, but it all seems to fall on deaf ears.

"I have made mistakes, I am no angel at the end of the day, and people say ‘you’ve brought it on yourself’, but all this abuse started well before I’d done anything.

"Sometimes I get annoyed and I am an emotional guy and sometimes the emotions get the better of me and I’ll act out.

"But I’m acting out based on retaliation from all this abuse I shouldn’t be getting, and the media then jump on it and they add fuel to the fire.

"And before you know it my reputation is up in flames and people see me based on what they see in the media.

"The media has got a big part to play on how I’m being perceived."

McClean also accepted that he hasn't always helped his cause, referring to a picture he posted during the coronavirus lockdown of him wearing a balaclava.

"I know I haven’t helped myself and I agree I’ve fuelled the fire a bit myself, I’m not getting away from that, but before I did anything I’ve taken years of abuse, and there’s only so much you can take.

"The thing I did during lockdown, I posted the balaclava and I do regret that.

"It was supposed to be aimed in the light of how I am perceived anyway, so I thought ‘you know what, people perceive me in this way anyway, so I might as well have a bit of a joke’.

"It was supposed to be a joke and it didn’t go down as a joke and I understand the offence it might have caused some people. Like I said, I’m no angel and I take responsibility for that.

"But the previous eight years of abuse, where has that been highlighted? It hasn’t been, it’s almost been brushed under the carpet.

"It’s a bitter pill to swallow because I’m thinking we’re in the same profession here, we do the same job, nobody should be allowed to do or say what they want without repercussions and up until now that’s just the way it has been.

"I’ve had messages where people are saying they hope my three young children attract COVID-19 and die – I shouldn’t be receiving this, I should have to put up with this.

"People scratch their heads and wonder why I do sometimes react the way I do, at the end of the day if I wasn’t a footballer and I wasn’t in the limelight you’re trying to tell me any other father in any other profession would just accept that, and that’s ok?"

McClean finished off the interview by asking where was the disgust at the abuse he has had to put up with for so long.

"I listen to talkSPORT in the morning and on the way home from training, and yesterday when I was listening to the show and you were very annoyed and upset at the abuse Wilfried Zaha and David McGoldrick took, and I was just thinking ‘where has that passion and level of annoyance been over the years for my abuse?’

"That’s where the frustration and the post that I wrote yesterday came from."