Kleyn's been named in the second row for the game at the Aviva, having only become eligible to play for Ireland today. The South African-born lock is a project player who has completed three-years at Munster.

Haley's the other uncapped player in the matchday-23, and he's been named among the replacements.

There's no room for Jonathan Sexton in the squad, with Joey Carbery starting at out-half and Connacht's Jack Carty on the bench.

Partnering Carbery in the half-backs is Leinster's Luke McGrath, who's given the chance to impress at international level having missed the entire Six Nations campaign through injury.

Garry Ringrose forms a centre partnership with Munster's Chris Farrell, with Dave Kearney and Andrew Conway on the wings and Jordan Larmour at full-back.

Tommy O'Donnell hasn't played an Ireland international since the 2016 Six Nations, and he's named in the back-row with Jordi Murphy and captain Rhys Ruddock.

Kleyn will have the experience of Devin Toner alongside him in the second row.

While the front-row is comprised of the trio of Jack McGrath, Rob Herring and Andrew Porter. 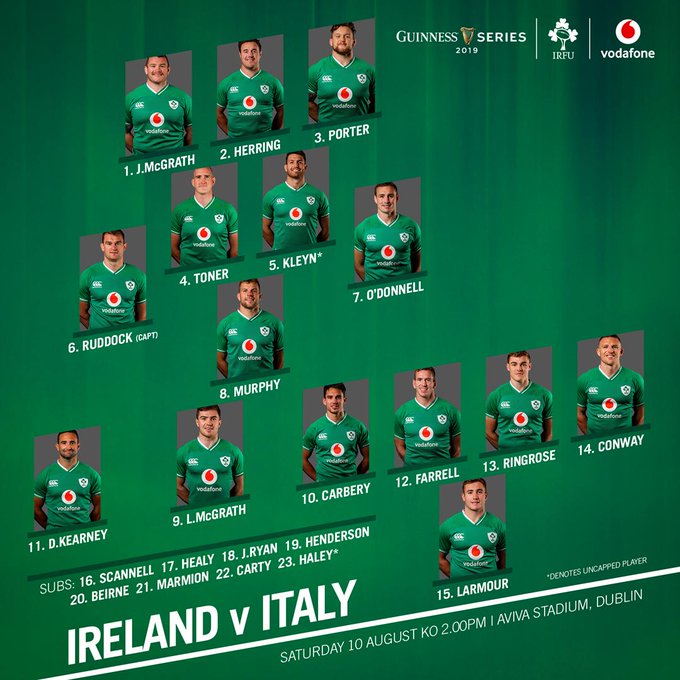