Ciara Mageean says her former coach Jerry Kiernan became a friend and father figure and has left a lasting legacy in her life.

Kiernan, was a top 10 finisher in the marathon at the 1984 Olympics and a sub four-minute miler in 1976, passed away at the age of 67 yesterday.

The Kerry native was also a teacher at St Brigid’s Boys School in Foxrock in Dublin for over 30 years and became a well-known TV analyst on athletics in his retirement. He took on an  injury-hit Mageean in 2012 and helped her to a podium place at the Europeans in the 1500-metres in 2016.

"He was our coach but he was so much more than that," Mageean told this evening's Off The Ball". He was a mentor, within athletics and in life. We all turned to him to help us through the good times and the bad, but first and foremost he was our friend.

"I feel very privileged to have been able to call him my friend and for me personally, he was like a father figure throughout the whole time he was coaching me. He's going to be missed dearly, he was a special man, there'll be nobody else quite like him and I feel that I was truly lucky to have had him in my life.

"In life you come across a lot of different people but only a handful of those people will ever make such an impact on you that they leave a lasting legacy. The words that he used were 'they leave imprints in your heart' and Jerry meant the world to me.

"He's left a legacy in me, he made me the person that I am today and the athlete I am today in many ways and he's irreplaceable.

"His words meant so much to me. He never seemed out of reach to anybody. I don't know how he managed to be able to connect with anybody from athletes like me to his peers and little tiny kids. He was fantastic with the little ones who would come along with their parents to watch us training at Belfield.

"I didn't know Jerry when he was a teacher but even seeing what his former students have written over the last couple of days, you can see the impact he had on their lives. Many people don't remember their teachers but he was clearly a teacher who meant so much to so many students. I loved his company even before he became my coach, I always found him such a fascinating man." 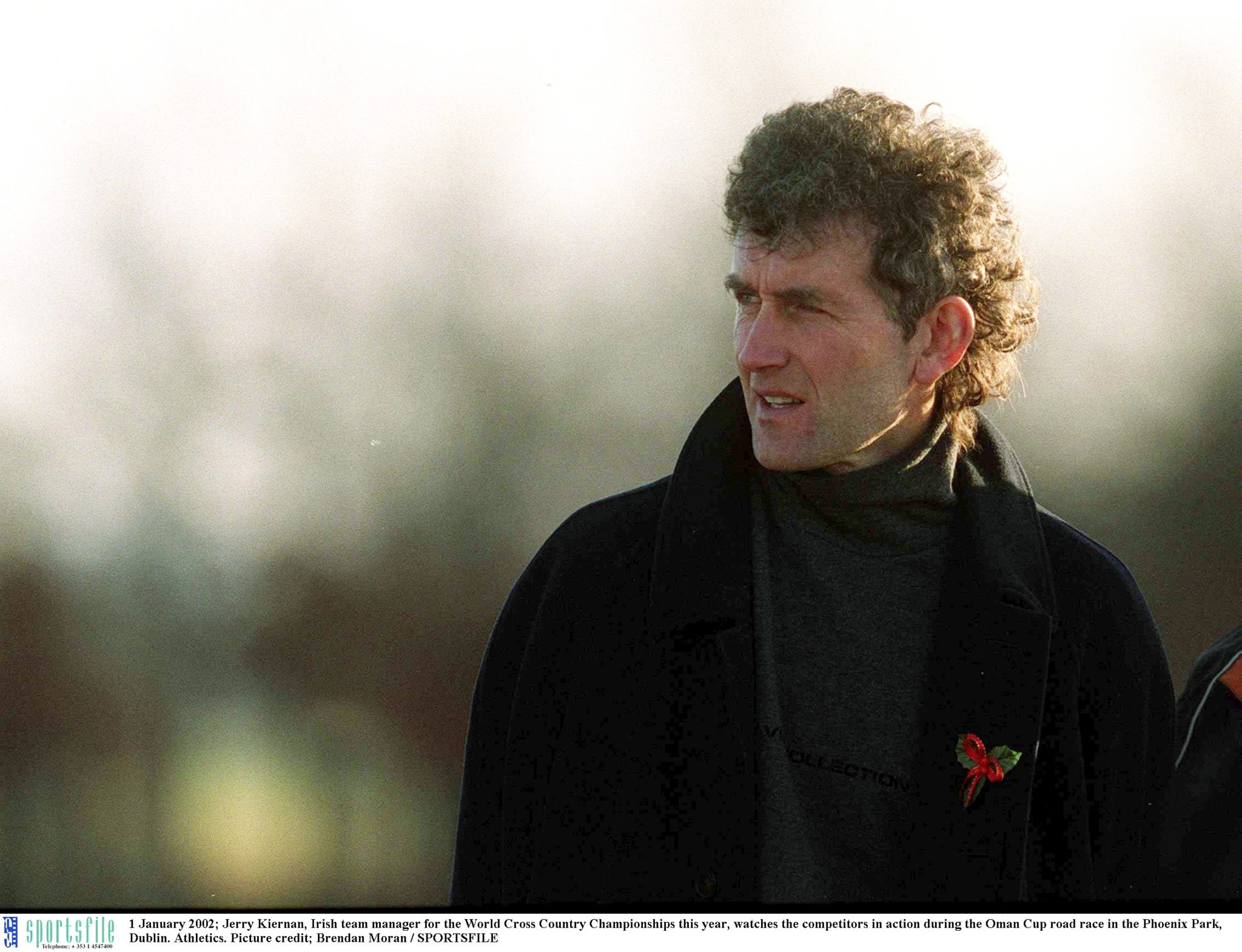 Mageean started working with Kiernan when she was a first year student at University College, Dublin and she says his honest and frank feedback, fused with kind encouragement, helped to shape her career on the track.

"He calls a spade a spade and that's how it was at training. I do think the guys took more of the harsh brunt that us girls, particularly me. I do think I was maybe treated a little softer, he certainly told me when he felt there was more in me but he always framed it in a way where I knew it was coming from a place of love. He always encouraged me, I went to him initially when I was going through a period where I wasn't too confident after a few injuries and a recent ankle surgery.

"He was a guy who got me back from literally not being able to walk to winning a European medal and competing at an Olympic Games. Yes he could be a tough ticket, and I always laughed at him on the TV, and I'd be on the defensive when people would be having a go at him for something he said about the GAA or rugby, but he had a heart of gold!

The Portaferry native landed a bronze medal in the 1500-metres at the European Championships in Amsterdam in 2016 and she credits Kiernan with instilling her with the belief that she could compete with the very best.

"When he took me on initially he said to me, 'I'm nervous about coaching you because you're so talented. I'm nervous about what to do with you'.  I appreciated that honesty and I knew they were going on a journey together, he'd be getting to know me as an athlete and that'd we be treading that path.

"He certainly told me that I was good as any other athlete out there and gave me realistic goals to push on and he had a saying of 'you shouldn't set limits on the human performance'. It wasn't only in athletics, he encouraged us to go out in life and try our best no matter what. Even if the pursuit would impact your athletics, he still wanted you to succeed. He taught me crucially to love this sport and he showed by that passion for athletics and why he wanted to stay in athletics and nurture those around you.

"As Jerry's life has taught us, you're not here for a long time, you're here for a good time. In his short years he certainly had a very fulfilled life."