Kenny determined to change the narrative around his Ireland side

Stephen Kenny says winning is "clear objective" of this week's friendlies with Andorra and Hungary. ...

Kenny determined to change the narrative around his Ireland side

Stephen Kenny says winning is "clear objective" of this week's friendlies with Andorra and Hungary.

The first of those comes in the Principality on Thursday against a side ranked 158th in the world, and against whom Ireland have a 100 per cent record in their four previous meetings.

However, habitual winning is not yet a habit of Kenny's squad.

While there have been creditable performances away to Slovakia and Serbia, Ireland go into Thursday's game on a run of 11 matches without a victory.

"We want to win, of course we want to win," Kenny told Wednesday's press conference, "It's been well documented that we're waiting to win.

"There's several games that we should've won, and we didn't, and we're disappointed with that. We've got to go tomorrow and try and get a victory. 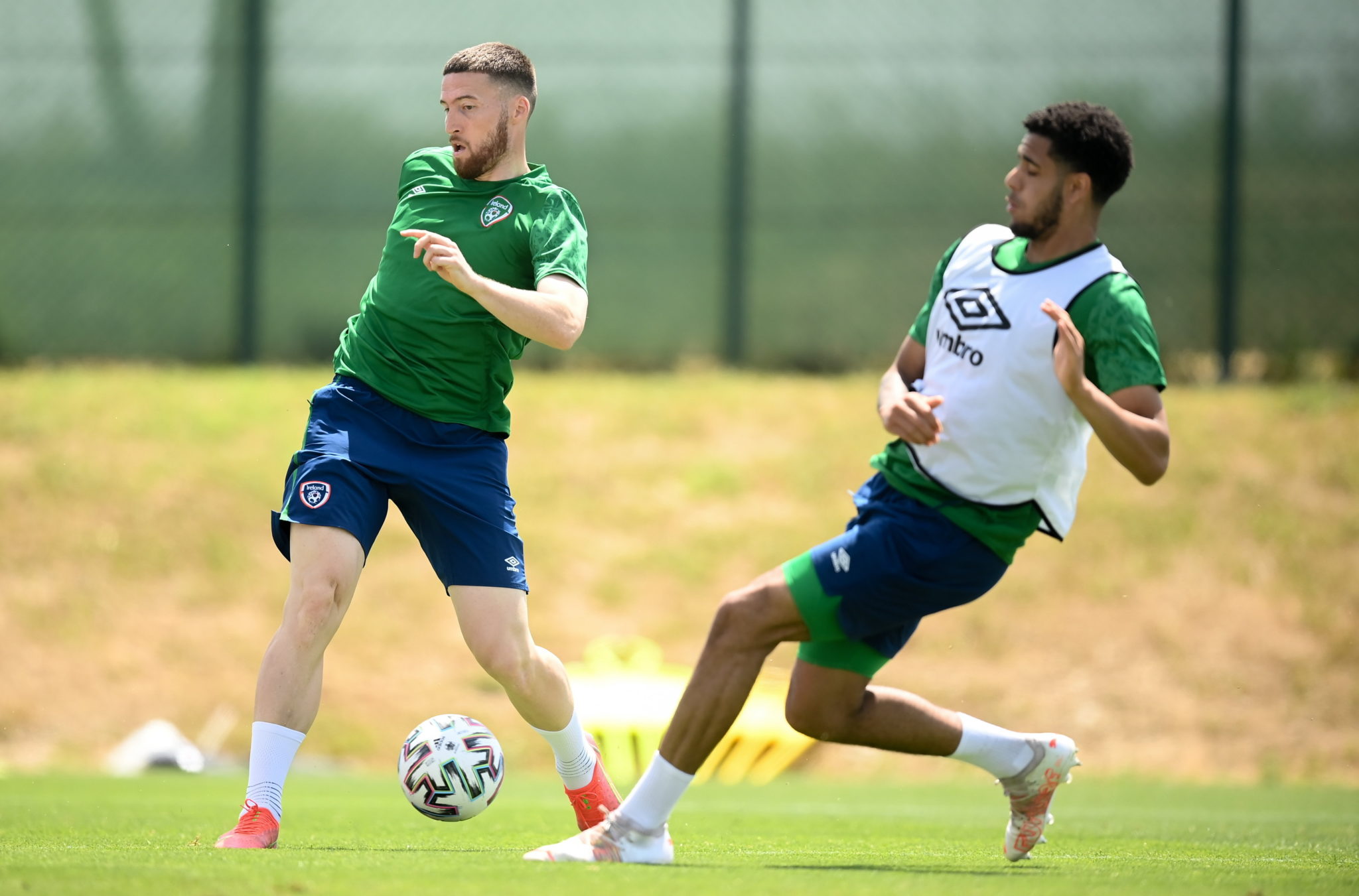 "We will persist with giving players their opportunity, because I believe we will get huge gains for that.

"It's a good opportunity for a lot of players tomorrow."

The likes of Andrew Omabamidele and Chiedoze Ogbene could win their first senior caps this week, but Sam Szmodics won't.

The Peterborough midfielder is out of the Andorra game - and almost certainly Tuesday's jaunt to Budapest - with a long-standing shoulder issue.

While the youngsters may grab the headlines in the lead-in to Thursday's game, it's some of the veterans on whom Kenny will be keeping a keen eye.

"It's an opportunity for a number of players, and I think we want to... put in a good performance as well," Kenny said.

"I think [of] other more senior players - someone like John Egan - who's missed quite a few camps... [He's] been very unfortunate... been a close contact, then concussion and a metatarsal.

"A player like that coming back into the team, he'd be delighted to come back in and play for his country.

"It's not just new caps, it's players that just sort of missed an opportunity to be playing for a variety of reasons."

In the past, Kenny has bemoaned the short time he's had to work with the squad ahead of games, with international football squeezed into smaller and smaller windows.

Not so this week, with the former Dundalk boss allowed almost a week to work with his players, and he feels it's paying off, "It's not that we've had ten days or two weeks, we've been here since last Friday, but that's unique. Because you don't normally get that opportunity.

"So we're very thankful for it, and it is a good opportunity. We've been able to imprint a few ideas in how we want to play ahead of the games, so hopefully we can take that into tomorrow and into Tuesday."

The shape of Thursday night's side has been settled upon, but Kenny wasn't giving that away just yet.

But he's warned of an Andorran side growing in confidence, even if they're sandwiched between New Caledonia and Singapore in the world rankings.

"We normally actually do have a good bit of possession in games," he said, "I think that's been the case in a lot of the games to be fair.

"Andorra - to be fair - [have] changed. They always dropped off and sat in, but they pressed Hungary in the last game, which was interesting.

"From our point of view we're looking for a good performance. We've had a good week's training.

Conor Hourihane “probably” on the move this summer

"We're not patting ourselves on the back" - Kenny on Andorra win

"People should be excited" - Parrott says better days ahead for Ireland

Conor Hourihane "probably" on the move this summer