On Saturday night, Chiedoze Ogbene became the first African-born player to score for Ireland. But St...

On Saturday night, Chiedoze Ogbene became the first African-born player to score for Ireland. But Stephen Kenny believes it should have happened sooner.

The Rotherham winger was born in Lagos, coming to Cork when was just 7-years old.

Last week, Ogbene described ditching gaelic for association football as a "sacrifice". During his time with Nemo Rangers, he helped them win the 2014 Cork U21 Football Championship, starting in the final against Ballincollig.

"In my view, there’d be no doubt he’d have been a Cork senior footballer for a couple of years already if he stuck at GAA," former Cork footballer and Ogbene's Coláiste Chríost Rí coach Paul Kerrigan said, "He was really good."

Ogbene's soccer career began at Cork City, and was furthered at Limerick before a move to England was earned.

Despite his roots on Leeside, Ogbene's journey to become a Republic of Ireland international was needlessly tortuous.

"The thing with Chio is that, it was sort of... it was a long process to get him registered that he could play for us," Stephen Kenny said.

Ogbene officially declared for Ireland in the summer of 2020, but the Republic of Ireland manager has hit out at the red tape that held up his debut. 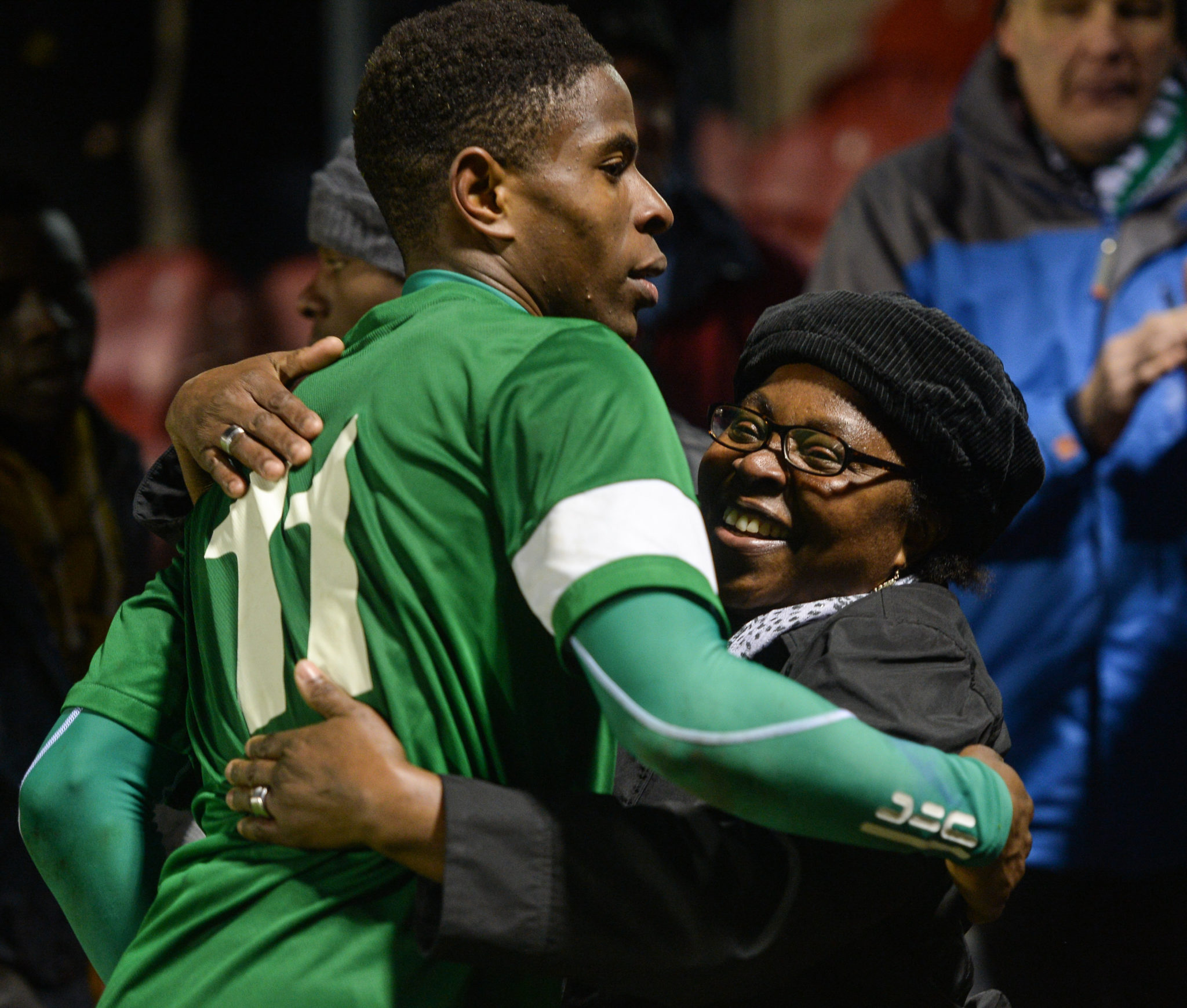 2 November 2016; Chiedozie Obgbene of Cork City with his mother Christina Ogbene after the UEFA Youth League match between Cork City and AS Roma at Turners Cross in Cork. Photo by Eóin Noonan/Sportsfile

Unfortunately, it is a situation that is likely to rear its head more and more in the coming years.

The reason being, a referendum passed in 2004. The 27th Amendment to the Constitution stated that children born in Ireland to non-national parents would no longer have an automatic right to citizenship.

While Ogbene is the first Irish international born in Africa, the likes of Gavin Bazunu, Andrew Omobamidele and Adam Idah all have Nigerian-born parents.

Finally granted his Ireland debut in June's friendly draw away to Hungary, Ogbene described that moment as "a blessing".

But the 2004 referendum, for which a staggering 79 per cent of the electorate voted, hangs over future declarations.

Indeed, Kenny voiced his frustration with getting Ogbene's eligibility over the line.

Big thanks to Guy Havord at @skysports for covering such an important topic and you can see how passionate Stephen is about this subject 🇮🇪#COYBIG | #WeAreOne | #WeAre100pic.twitter.com/YASzi9L1dl

"It was a process with UEFA, FIFA - a long process having to trawl through records. I didn't feel that was right," he said.

"Because he's lived in Cork since he was 7.

"It's not like, say other sports, where they can just change nationality after a short period in the country.

"He grew up, came through the schoolboy system with his schoolboy club. [He] came into Cork City, played for Limerick and then moved [to Brentford] in his 20's.

"For me, he should have been absolutely able to play for Ireland a long time ago - but he wasn't.

"It was only right. A lot of people in Cork are very proud of him, having done so well. And he's forging a career for himself at the moment - at League One - ideally he'd want to be playing at the highest level he can."