Klinsmann steps down as Hertha boss after 10 weeks

Jurgen Klinsmann has resigned as manager of Hertha Berlin after 10 weeks in charge due t...

Klinsmann steps down as Hertha boss after 10 weeks

Jurgen Klinsmann has resigned as manager of Hertha Berlin after 10 weeks in charge due to a 'lack of backing' from the club's board.

The German World Cup winner joined the Bundesliga side in November with the club in the relegation zone.

Under Klinsmann, Hertha won three of their 10 league games, leaving them in 14th place and six points above the relegation zone.

"I would like to say a heartfelt thank you to all the players, fans, spectators, supporters and staff of Hertha BSC for the support, the many encounters and the exchange over the past ten weeks.

"This time was very exciting for me and brought many interesting new insights. The club and the city have grown even more close to my heart.

"At the end of November, with a highly competent team, we met the wishes of the club management and helped them through a difficult time.

"We were on a very good way in the relatively short time, also thanks to the support of many people despite mostly difficult games, we are now six points away from the relegation place.

"I firmly believe that Hertha will achieve the goal of staying in the class (division)." 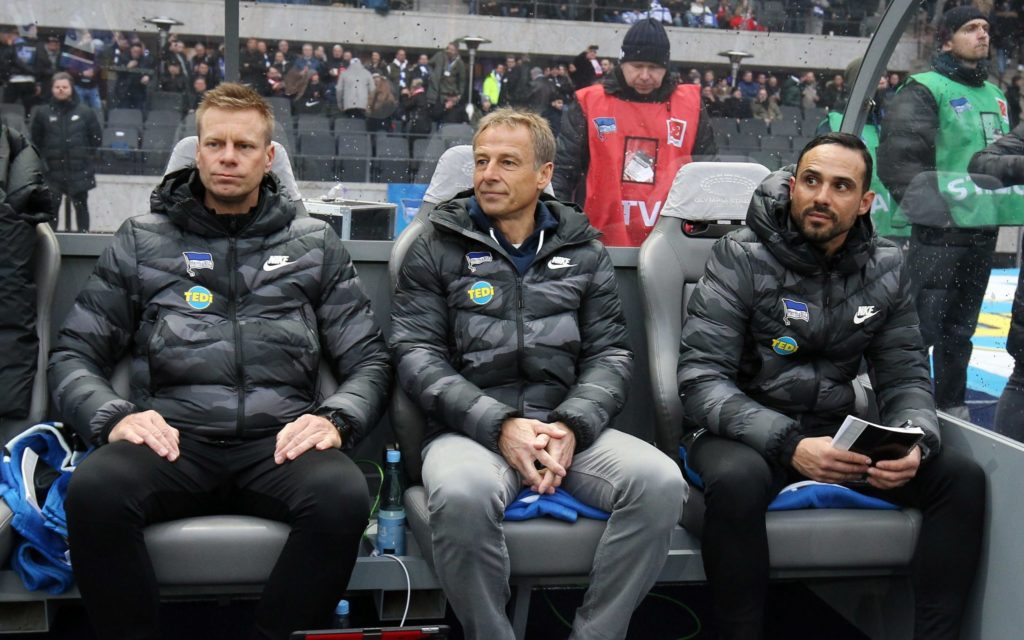 Klinsmann went on to explain his reasons for stepping down:

"As head coach, however, I also need the confidence of the people who are acting for this task, which has not yet been completed.

"Especially in the relegation battle, unity, cohesion and concentration on the essentials are the most important elements.

"If they are not guaranteed, I cannot fulfil my potential as a coach and therefore cannot live up to my responsibilities.

"That is why, after much deliberation, I have come to the conclusion that I will make my position as head coach of Hertha available and withdraw to my original long-term role as a member of the Supervisory Board.

"The fans, the players and the employees have grown dear to my heart during this time and I will therefore continue to thrill with Hertha. I am still looking forward to many encounters in the city or in the stadium."