Chelsea manager Frank Lampard has been getting an easy ride up until now but his shortcomings are th...

Chelsea manager Frank Lampard has been getting an easy ride up until now but his shortcomings are there for all to see.

Chelsea looked like they were on course to drop points against Premier League basement boys Fulham last Saturday before Antonee Robinson was sent off for his completely unnecessary lunge at Cesar Azpilicutea just before half-time.

It still took the Blues another 34 minutes to make their one-man advantage count but they managed to grab all three points by scraping a 1-0 victory against a team that are 17 points behind them in the table.

That last sentence is perhaps unfair on the losing side who have been steadily improving and gaining lots of admirers thanks to some impressive performances that have seen them transform from a team that looked certain to return to the Championship into one that looks like it could maintain its top-flight status for another season.

Since the end of November, Fulham boss Scott Parker has overseen a win away to Leicester City as well as draws at home against champions Liverpool and Southampton and away to Tottenham.

It has been an incredible turnaround from their listless opening day performance as they were hammered 3-0, and it could have been more, by Arsenal at Craven Cottage where they looked way out of their depth on their return from the second tier.

Slowly but surely Parker has coached them into side that is incredibly hard to break down. They have conceded just six goals in their last eight Premier League outings (W1 D5 L2) and with players like Ivan Cavaleiro, Ademola Lookman, Bobby Reid, Ruben Loftus-Cheek and Aleksandar Mitrovic, they have the potential to add goals to their mean defence.

Lampard failed to match the achievement of his old Chelsea team-mate in beating Leicester City away and, similarly to the tough beating they were given by Pep Guardiola's Manchester City, he was tactically outfoxed by the opposition manager Brendan Rodgers.

Unlike Parker he has seen his side lose to Liverpool but to be fair, he did manage draws with Southampton and Tottenham while also conceding three goals in defeat against Arsenal but those results were achieved with a far superior squad of players.

Maybe it is the players’ fault, which is where Lampard and some ex-pros have been very keen to point the finger when Chelsea perform badly.

One poor ex-pro, Jamie Redknapp, was on duty in the Sky Sports studio for Tuesday night’s defeat at the King Power Stadium and it made for awkward viewing as host Kelly Cates tried, in the nicest possible way, to ask the former Tottenham and Liverpool midfielder if he felt there was pressure on Lampard who looks to be on borrowed time after his team’s latest performance.

Redknapp was flying solo and was given the unenviable task of finding some way to defend his cousin. He reminded viewers of comments he made after Chelsea’s defeat to the champions last September when he insisted that it was going to take time for Lampard to coach his team of superstars to become a more consistent match-winning machine.

“I hate using that word project but when you bring in a lot of new players, they didn’t have that luxury of doing it last season, it’s almost like a kid in the candy shop,” said Redknapp.

“You got all the players but where you play them and how they fit, who’s going to find form. Players that come from another country, you’re hoping they’re going to hit the ground running.”

Several pundits have offered a similar defence of Lampard, that he needs time for his new players to gel as a team.

Eight of the team that started against Chelsea (five of them moved from other countries) were all signed in the summer transfer window, four on loan, and they went toe to toe with a Blues team that contained just four signings from the same window.

Parker, who took his Fulham team back to the Premier League at the first attempt via the play-offs, following their relegation two seasons ago, could only dream of signing players of the quality that his local rivals splashed out on, bearing in mind that Lampard opted to leave his two key signings on the bench at the start of the game. 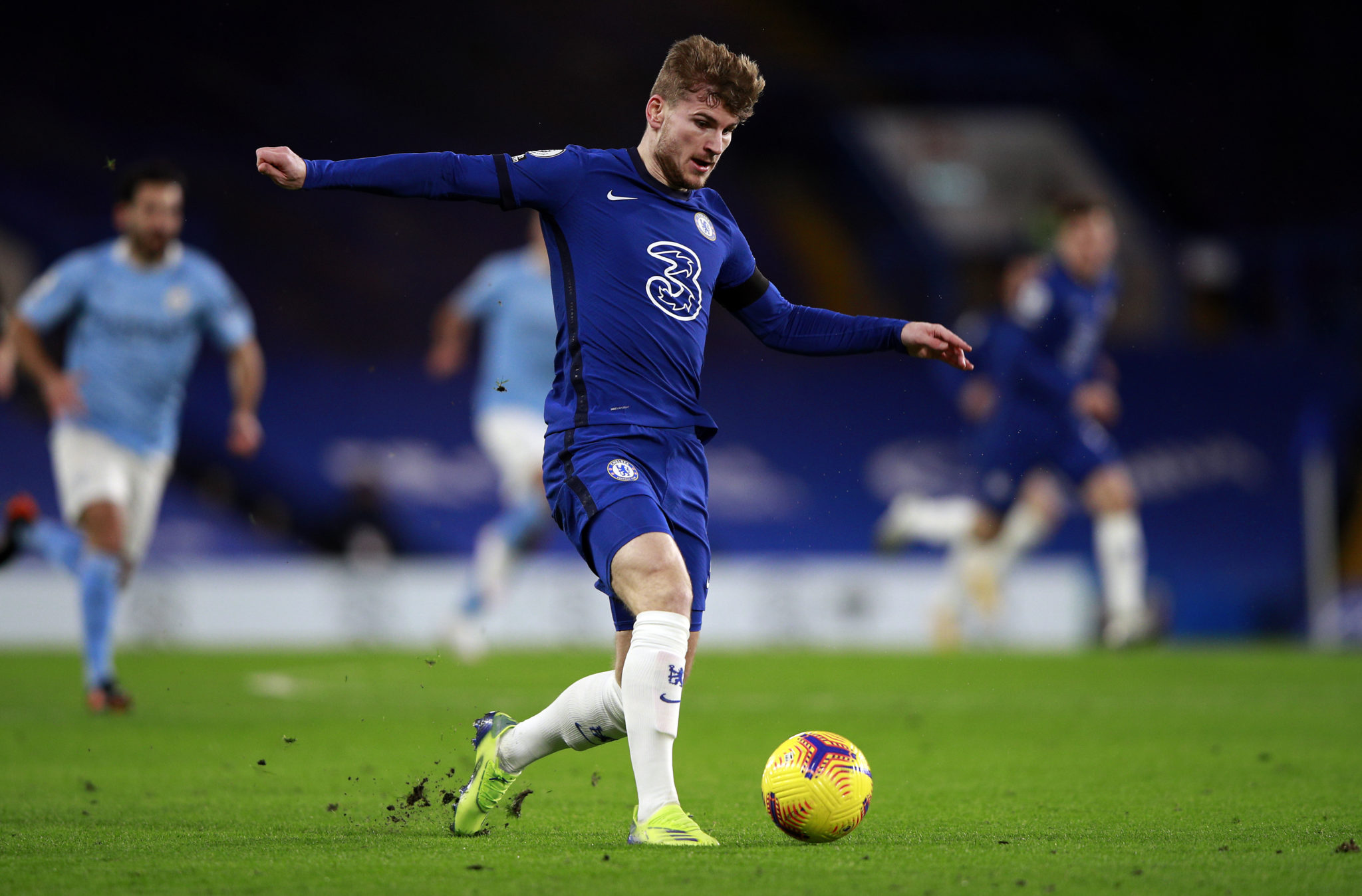 Kai Havertz and Timo Werner were name checked by Redknapp as two players who have let their manager down by not performing well enough since they moved to Stamford Bridge but maybe Lampard would do well to listen to Ralph Hasenhuttl who coached Werner at RB Leipzig and suggested this week that the striker's new boss isn’t getting the best out of him.

"He is definitely a player where you have to adapt your game to him. If you do this, he will give you everything you need from a striker," said the Southampton boss.

"But, therefore, he has some qualities you really have to focus on.

"The good thing for him, I think at Leipzig when I was there, is we concentrated completely on his qualities. Our quick transitions after winning the ball, it was perfect for our game.

"Also, when he was with Julian [Nagelsmann], he was also scoring a lot of goals."

He isn't scoring a lot of goals now. The German international is going through one of his worst droughts in top-flight football with no goals in 11 matches. In fact, would have to go back to the start of his career as a teenager with Stuttgart to find a patch as dry as this one.

Having spent just under £50 million on the nippy centre-forward, club owner Roman Abramovich should be concerned that his head coach is unable to get the best out of him but it is the results that will concern him most, just two wins in their last eight Premier League matches.

"I'm worried," Lampard admitted to Sky reporter Geoff Shreeves after Tuesday's defeat. "From the form we were in to get so quickly into the form we're in, even with the Fulham win, we should be better than that.”

Or should they be?

During the spell that he referred to, his team came through a relatively easy Champions League first round, in a group with Russian new boys Krasnodar, French flops Rennes and Sevilla.

The positive results in that campaign formed part of an unbeaten run of 13 matches but Premier League wins against Burnley, Sheffield United, Newcastle United and newly promoted Leeds United are the least that supporters of a club like Chelsea expect.

They should also expect better results from a manager who had a bigger transfer budget than any of his Premier League rivals or other clubs around Europe last summer, £225.1m to be exact, and with that to be occupying a position higher than eighth in the table.

It is understandable that loyal Blues will defend their hero Lampard and they will point to the fact that the work rate of their new signings is not up to scratch but all of those players have proven themselves in the Bundesliga, the Eredivisie and the Champions League, with the right coaches and gameplans.

Supporters will also say that Lampard, in his second season in charge, needs more time and will point out that even though recent results and performances have been poor they could still mount a title challenge with just nine points separating them and current table toppers Leicester.

And that is true but the body language of the players, just weeks after being publicly scolded by their manager, is concerning and their soft centre when under attack from an opposition team, even more so.

In the coming weeks the Blues have a few more favourable fixtures against the likes of Wolves, Burnley and Newcastle at home and Sheffield United away while there’s also a clash with Tottenham and their boss Jose Mourinho, a man sacked twice by Abramovich.

Whether Mourinho's star midfielder Lampard suffers the same fate as him at the hands of his Russian boss remains to be seen.