Thursday's news that the Barcelona skipper would be leaving the Camp Nou came as a surprise to Guardiola who had just splashed £100m on prying Grealish away from Aston Villa.

That came as a surprise to City outsiders, just four months after the manager claimed they could not afford to pay such exorbitant fees for players but on Friday he explained what had changed since then after he was asked whether a move to sign Messi could still be made.

"He will wear the number ten because we were incredibly convinced with Grealish and we were convinced too that Leo would continue at Barcelona, so right now he is not in our thoughts. Absolutely not."

The Copa America winner with Argentina this summer was a mainstay of Guardiola's Barcelona side that won 14 major titles between 2008 and 2012 and has been linked with a switch to City, most recently during the summer transfer window.

The 50-year-old Catalan was certain that his former player would see out his career with the La Liga giants.

"It looked like it finished well in terms of him continuing with Barcelona. it was a surprise for everyone - me included," added Guardiola.

"The president was clear today. I didn't speak with the player or the president so I don't know what has happened but as a supporter of the club I would love for him to have finished but today the club needs to be sustainable and what happened in the last year was really not good." 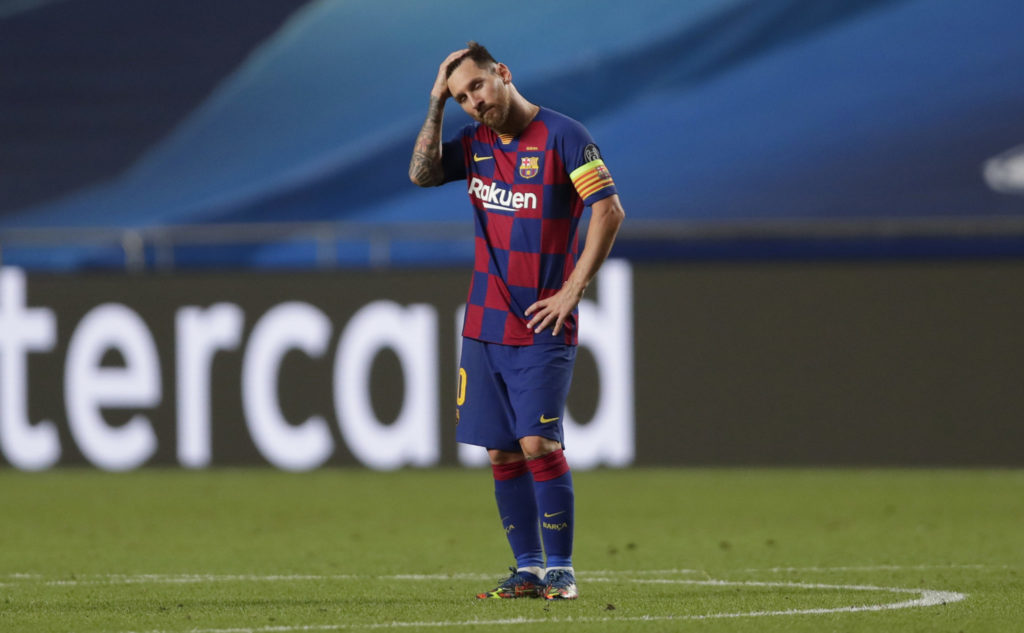 Guardiola went on to thank Messi for helping him achieve all his successes with Barcelona and subsequent clubs.

He also took a swipe at the previous regime at the Camp Nou whom he blames for the current financial mess at the club.

"As a fan, I have incredible gratitude for the most extraordinary player I have seen in my life, for the titles he helped to Barcelona, to help me personally to help me to go to Munich and then to England.

"More than that, the incredible amount of feelings and actions in front of the TV and watch what he can do with the ball, with his mates in one football game. Day by day, game by game, every three days he made something unique.

"All I can say is thank you so much to bring Barcelona to another level, to allow Barcelona to dominate the world for a decade, and I wish him the best for the last few years of his career. He will not be forgotten.

"Hopefully one day we can say the best ever because he deserves it. But if president Laporta arrives in this situation, he should do it unfortunately because someone before didn't do well.

Berbatov: It's no surprise that Harry Kane is p**sed off!