"There was a nastiness" | Brian O'Driscoll heaps praise on Tadhg Furlong

Brian O'Driscoll has heaped praise on Tadhg Furlong after his performances in green in the opening S...

"There was a nastiness" | Brian O'Driscoll heaps praise on Tadhg Furlong

Brian O'Driscoll has heaped praise on Tadhg Furlong after his performances in green in the opening Six Nations home wins over Scotland and Wales.

The 27-year-old tighthead prop has been a key cog for Andy Farrell's side, scoring a try in Saturday 24-14 win over the Welsh at the Aviva Stadium.

And O'Driscoll, speaking to Eoin Sheahan on OTB AM after a debut airing on OTB Sports Radio, thinks competition at provincial level has helped Wexford man Furlong blossom in this campaign to date.

"I think there's...there looked like there was a nastiness in some players.

"I think Tadhg Furlong is a guy that looks as though he's playing to prove a point. You have to remember he had a quiet enough World Cup, Andrew Porter got selected for the Northampton game away from home and Furlong was benched.

"Sometimes that works in a coaches' favour, where you've got two players, of similar enough quality vying for the same position and you bench one for a while. 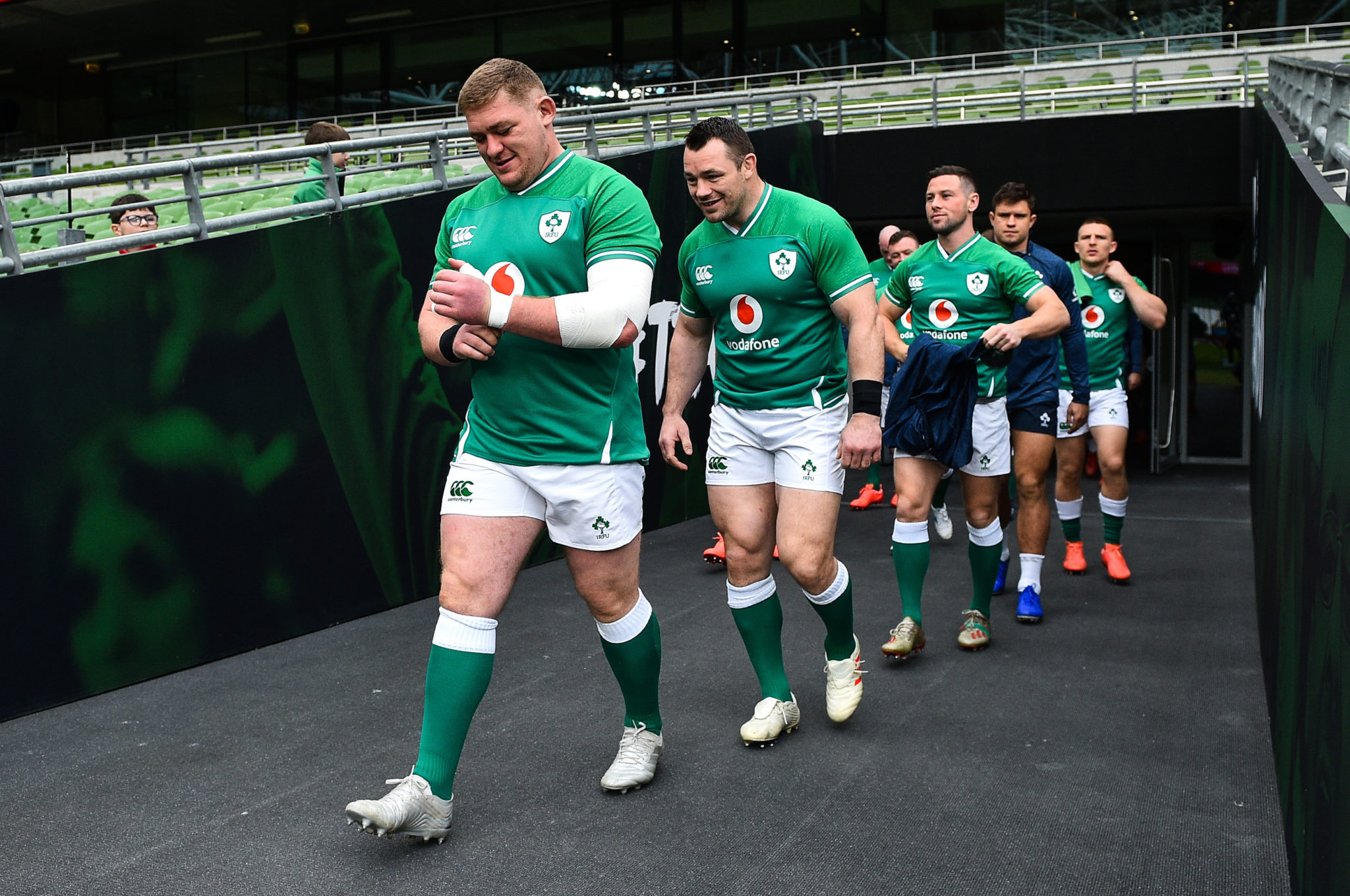 7 February 2020; Tadhg Furlong, left, and Cian Healy during the Ireland Rugby captain's run at the Aviva Stadium in Dublin. Photo by Ramsey Cardy/Sportsfile

"It's just a small little reminder that 'We can live without you', particularly how well Porter was playing. But I think since then Furlong has... I've been very impressed with him."

O'Driscoll picked out a few particular aspects of Furlong's game that have impressed him.

"The last two weekends his work-rate, the appetite in defence, kick-chase, things that you wouldn't associate with someone driving from a tighthead position.

"The last play of the game against Scotland, the amount of moments he had, working hard where it looked like he had cramp and playing through - I just was really, really impressed with him.

"He looks as though he's carrying super hard with a lot of aggression... maybe we don't need that level of Seán O'Brien... I'm not saying that some of those players don't possess any aggressiveness, but I just don't think there's a Seán O'Brien there.

"Everything he [O'Brien] did was just so confrontational, everything. And the players that played with him will understand that more than anything. He demanded so much every time, you knew it was 100 miles an hour, he never took an easy option.

Here's Brian O'Driscoll breaking down what makes Jordan Larmour a special attacker and why it's like having a running back in the Irish back three.

O'Driscoll also spoke about the important work Jordan Larmour does for this Irish team.

"The running back in Jordan Larmour is sitting behind Johnny Sexton as well. We saw it in the Scottish game where there was a break in the first 10 or 15 minutes, where he worked hard from a ruck on the left-hand side and he's the extra body creating numbers on the right-hand side.

"He does that all the time for Leinster the whole time. That's his point of difference.

"He has an ability under fatigue to be able to coast, coast, coast and then accelerate and stay on the gas when he makes his break.

"He got an offload to Conor Murray, ultimately it didn't come to anything, but they've made 40 or 50 metres up the pitch.

Negative Covid Test Needed For Entry To Ireland From Friday