Karl Sheppard says the uncertainty surrounding the SSE Airtrcity League is one of the major problems facing players during the COVID-19 shut down.

The National League Executive Committee (NLEC) and the FAI met today to thrash out some ideas about how the league may be able to resume.

Among them were a resumption on June 19 behind closed doors, while the prospect of not returning until September has also been mooted.

The financial impact of such a long period of inactivity is already showing, with St. Patrick's Athletic temporarily laying off their playing and coaching staff.

Shelbourne striker Sheppard told Off The Ball that he's not overly optimistic about an early return to play, "If you're looking around the world, I think every ground is going to be pretty much behind closed doors.

"You have a real fear that it won't go back until there's a vaccine, which could be 2021 - who knows?

"There is real fear there, and as a players who's now 29 and played for maybe nine, ten years in the league I'm looking at it going 'Will this effect my decision on how long I can go?', I'm sure a lot of players are thinking that.

"If this goes on for another year or so, you're looking at going, 'right, I've not played for a year, will I come back and be really rusty? How long will I be able to train for with my team?'

"These are decisions that are going through the players heads, and it's the not knowing that's the problem now." 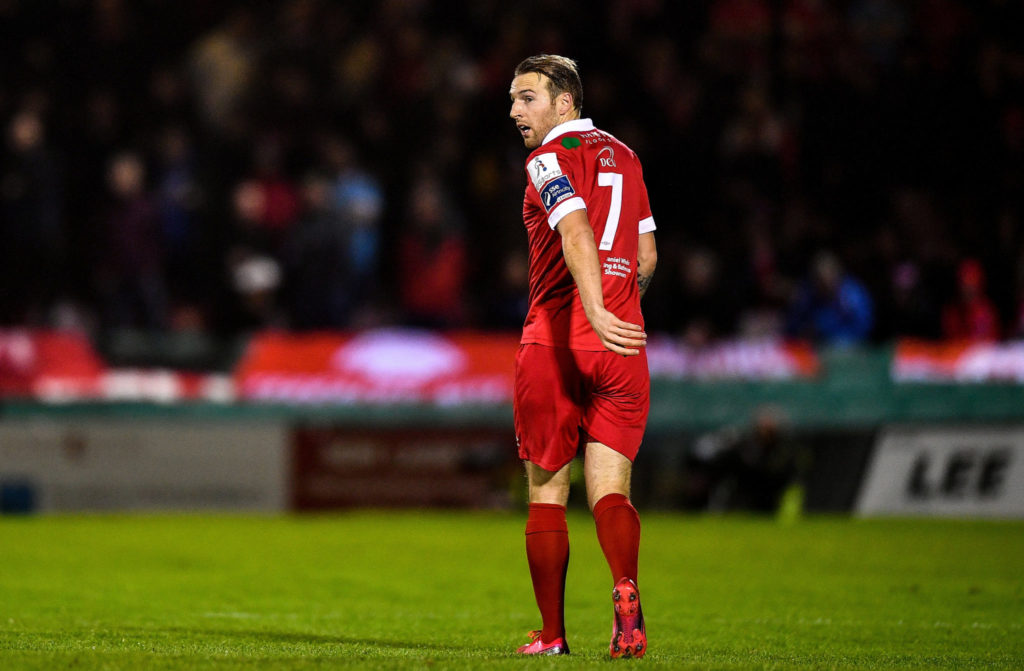 "It's probably better to be a smaller club at the moment", Sheppard says of the financial burdens on clubs.

"You have say the Shamrock Rovers, the Dundalks, their wage bill would be very high so their incomes from getting the stadiums filled would obviously be a very big loss.

"If you're a smaller club it's not as bad. Now, it is bad, I'm sure every club is feeling it but thankfully Shelbourne are in a good enough place - we're still getting paid as of now.

"We know there's people all over the country losing their jobs. I have another job as well with a company called Cuco Coffee and they were good enough to keep me on as well so me, myself, I'm not in the worst position.

"I've two great bosses that have said 'we'll take care of you for as long as we can', so I'm very grateful for that.

"But at the same time I know there's clubs [like] St. Pat's today, they had to put up a statement today saying they had to stop paying their players and you're head gets turned to them.

"They're in a really bad position and nobody wants to see that."

The uncertainty to which Sheppard alludes, also impacts upon fitness regimes.

There are concerns that some players may be missing the cut and thrust of training, and the extra edge it brings.

For Sheppard, this is necessary down-time. As he revealed to Off The Ball in 2018, he has to manage with arthritis. While an over-active immune system means he has to keep a low profile at the moment.

But the 29-year old doesn't feel players across the league will be coming back soft when given the OK to return, "Players may come back very very fit from this, and whether that's a good thing now or a bad thing, who knows?

"Players may be over-working themselves if it goes on for too long.

"If it doesn't, players will come back very fit because I know each club has programmes in place now.

"Players have just come back off pre-season, and then you're going back into four games, and then doing another pre-season slot again.

"So you're going to have lads that are maybe a little bit skinnier than what they should be, but our fitness would be through the roof, you'd imagine."