Shane Duffy says he was happy to give the fans "something to go home and cheer about" after his late...

Shane Duffy says he was happy to give the fans "something to go home and cheer about" after his late, towering header earned Ireland a 1-1 draw away to Denmark.

The Brighton defender rose highest with five minutes remaining to cancel out Pierre-Emile Hoejbjerg's opener and hand the Boys in Green a priceless away point.

Mick McCarthy's side remain top of Group D heading into Monday's game against Gibraltar at the Aviva Stadium and have amassed seven points from a possible nine during the start of their Euro 2020 qualifying campaign.

Speaking to Sky Sports after the game, Duffy celebrated a third international goal for Ireland.

"It came right off the sweet spot," he said. "It's been a while [since I scored] for Ireland, so I'm happy to get another one.

"It's brilliant. We were talking when we got out there beforehand [that] if we wanted to score it would be in front of [the fans]. They've been brilliant for us once again. Those fans deserve something to go home and cheer about.

"It's not the win that we wanted, but to come from 1-0 down to get a point here, is still a good point."

Asked whether he thought he was going to score, having got Ireland's only goal in 2017's infamous 5-1 defeat to the Danes, he said: "I think I always do.

"If I get in the right areas and I get the right delivery to go and attack it. I had a good chance in the first half, but I sort of scuffed it a bit. I sort of slipped.

"I don't know what it was. I thought I should have done better anyway. I said hopefully I get one more chance and it was in the right area. It was perfect. Judge played the perfect ball for me.

"It came right off the sweet spot." 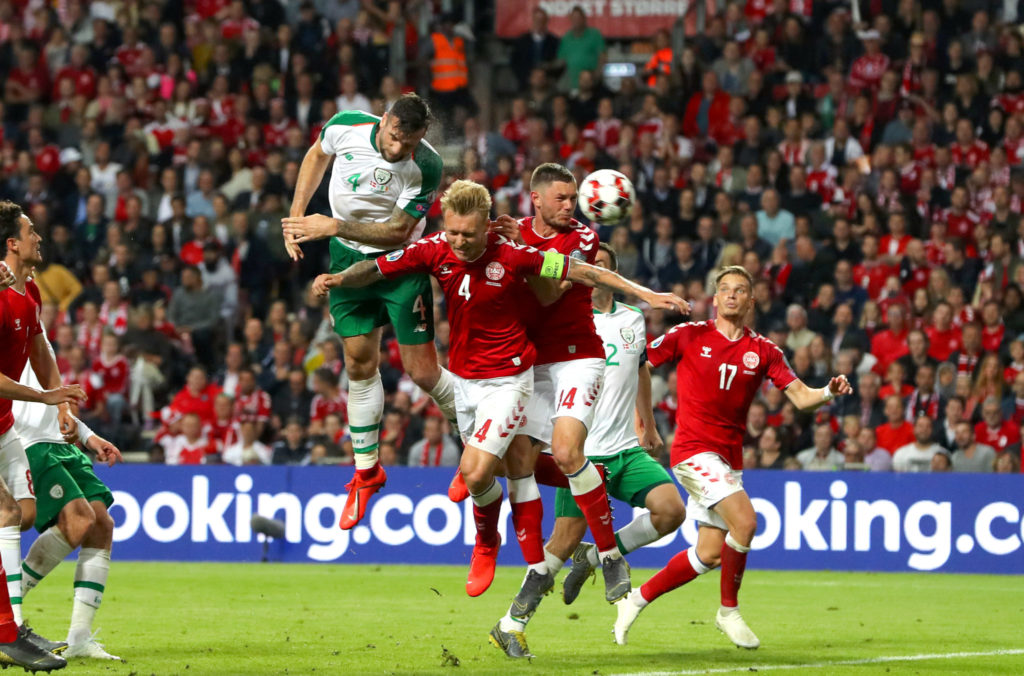 Ireland struggled to contain the Danish midfield for large portions of tonight's game and the Derry native admitted the Irish defence was kept busy.

"It was tough. They pressed us high and their two wingers sort of played in midfield. It was quite difficult to get to Eriksen.

"The two strikers were always stretching us so it was hard to get the balance right. As I said, happy to get a point here. We'll take it and move on to Monday."

"You cannot give Shane Duffy a running jump against you!"