Shamrock Rovers manager Stephen Bradley says they can't afford to rest on their away goals in the se...

Shamrock Rovers manager Stephen Bradley says they can't afford to rest on their away goals in the second leg of their Europa League qualifier with Brann.

Roberto Lopes' brace a week ago in Norway means it's 2-2 heading into the second leg at Tallaght Stadium.

But Bradley isn't wearing the crown of favourites too comfortably, "It doesn’t matter to us if people look at us as favourites now. What we have to understand is that we’re playing a very good side.

"It’s going to be a difficult game but I said before the first leg it’s a tie that we fully believe we can win and nothing changes that.

"We still have to go and win this game. There’s no other way of approaching it and they’ll obviously think the same. You can’t sit in against a team like this. If you do that you’re asking for trouble and you’re going to get punished."

Aaron McEneff marked his return with a quad injury, coming on as a second half substitute for Ronan Finn last week. The former Derry man could be key for Bradley and co tomorrow night, "It’s been a long injury and we’ve missed him. He was doing so well for us and any team would miss him.

"Thankfully he came away from the game with no issues and he’s trained all week." 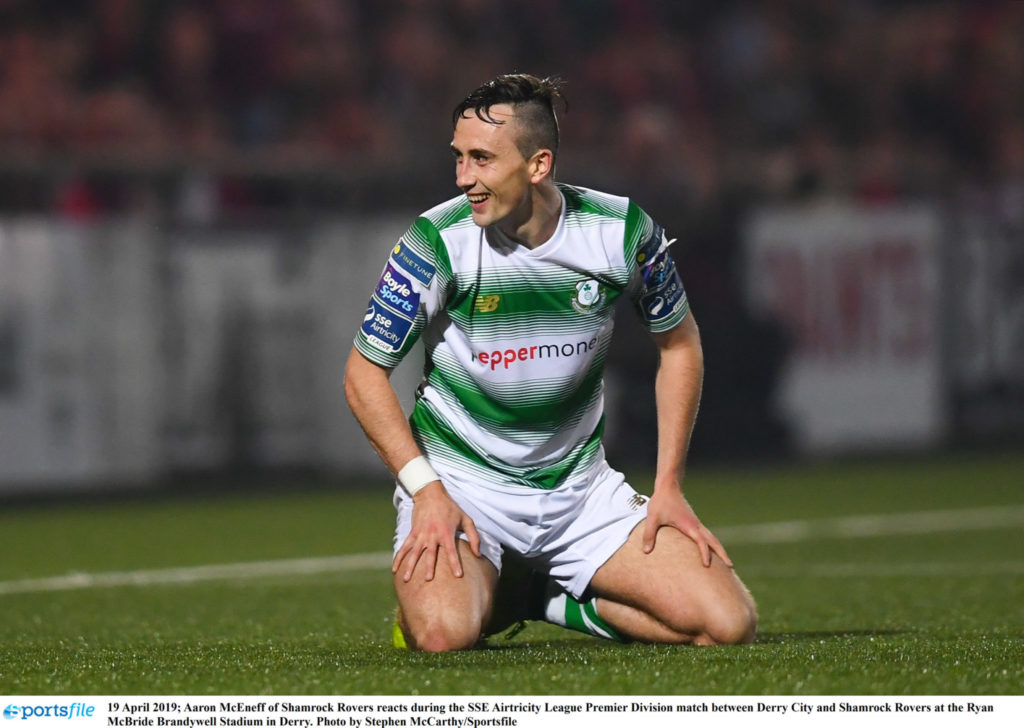 Rovers remain without recent signing Neil Farrugia, with Bradley saying the ex-UCD man is "another week" from a return.

Bradley's looking for a raucous home atmosphere to help them over the line and earn a tie with either Kauno Zalgiris or Apollon Limassol. And the Hoops boss feels squad mentality is not an issue, "This group has shown that there’s nothing wrong with their togetherness, character and desire to win games.

"The group has shown that a number of times over the last year and that was the case again in Norway when they went behind."

A load of the Hoops: McEneff proud to join Rovers international set

'First half against St Pats, first time we were at it' | Aaron McEneff