Sligo Rovers will be missing two unnamed players due to Covid-19 issues heading into the first leg o...

Sligo Rovers will be missing two unnamed players due to Covid-19 issues heading into the first leg of their UEFA Europa Conference League tie.

In a statement on Monday afternoon, the club revealed that one player has tested positive for the virus while another was a close contact with a positive case outside of the club.

The Bit O' Red are due to play the first leg of the tie against FH Hafnarfjarðar this Thursday.

"A second player continues to test negative for Covid-19. However, he has been deemed a close contact of a case outside of the football club and will self-isolate this week as per protocols. 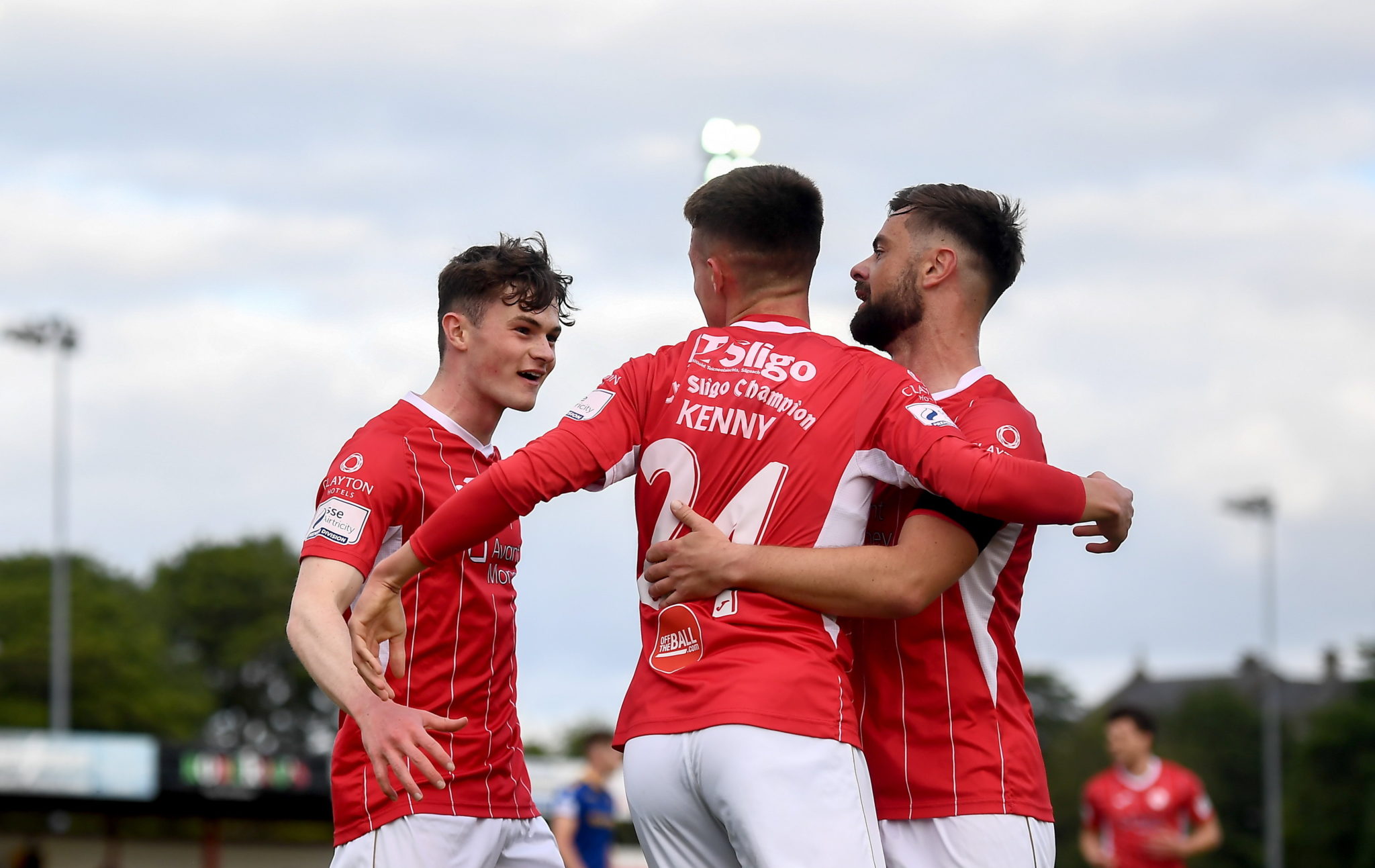 26 June 2021; Johnny Kenny of Sligo Rovers, centre, is congratulated by team-mates after scoring his side's first goal during the SSE Airtricity League Premier Division match between Sligo Rovers and Bohemians at The Showgrounds in Sligo. Photo by David Fitzgerald/Sportsfile

"Both players have complied fully with Covid-19 guidelines throughout. All other players are negative and are not impacted. The squad were tested again this morning which is part of standard protocols. Results will arrive before departure for Iceland.

"The squad will also undergo testing in Iceland before returning to Ireland as per protocols."

Sligo Rovers head into the tie in good form after overcoming back-to-back defeats in June against Drogheda United and St Patrick's Athletic. Since then they have drawn with Derry City and beaten Bohemians and Longford Town.

A Jordan Gibson penalty secured Saturday's win away to Longford and brought them back level on 38 points with table toppers Shamrock Rovers.