St. Patrick's Athletic have completed the signing of Eoin Doyle from Bolton Wanderers.  The move bri...

St. Patrick's Athletic have completed the signing of Eoin Doyle from Bolton Wanderers.

The move brings to an end a successful decade for the striker in the UK, having left Sligo Rovers for Hibernian in 2011.

Doyle's 19 goals last season helped Bolton earn promotion from League Two. The Dubliner will turn 34 in March, and already had eight League One goals to his name before swapping Lancashire for Inchicore.

"I'm delighted," said Doyle, "I'm buzzing to be finally home and I'm happy to have joined such a big club.

"I've got a very good relationship with the manager [Tim Clancy], we go back a bit having played together, we speak quite frequently. I got a phone call from the owner [Garrett Kelleher] and everything moved really quickly so I'm delighted to get it over the line. 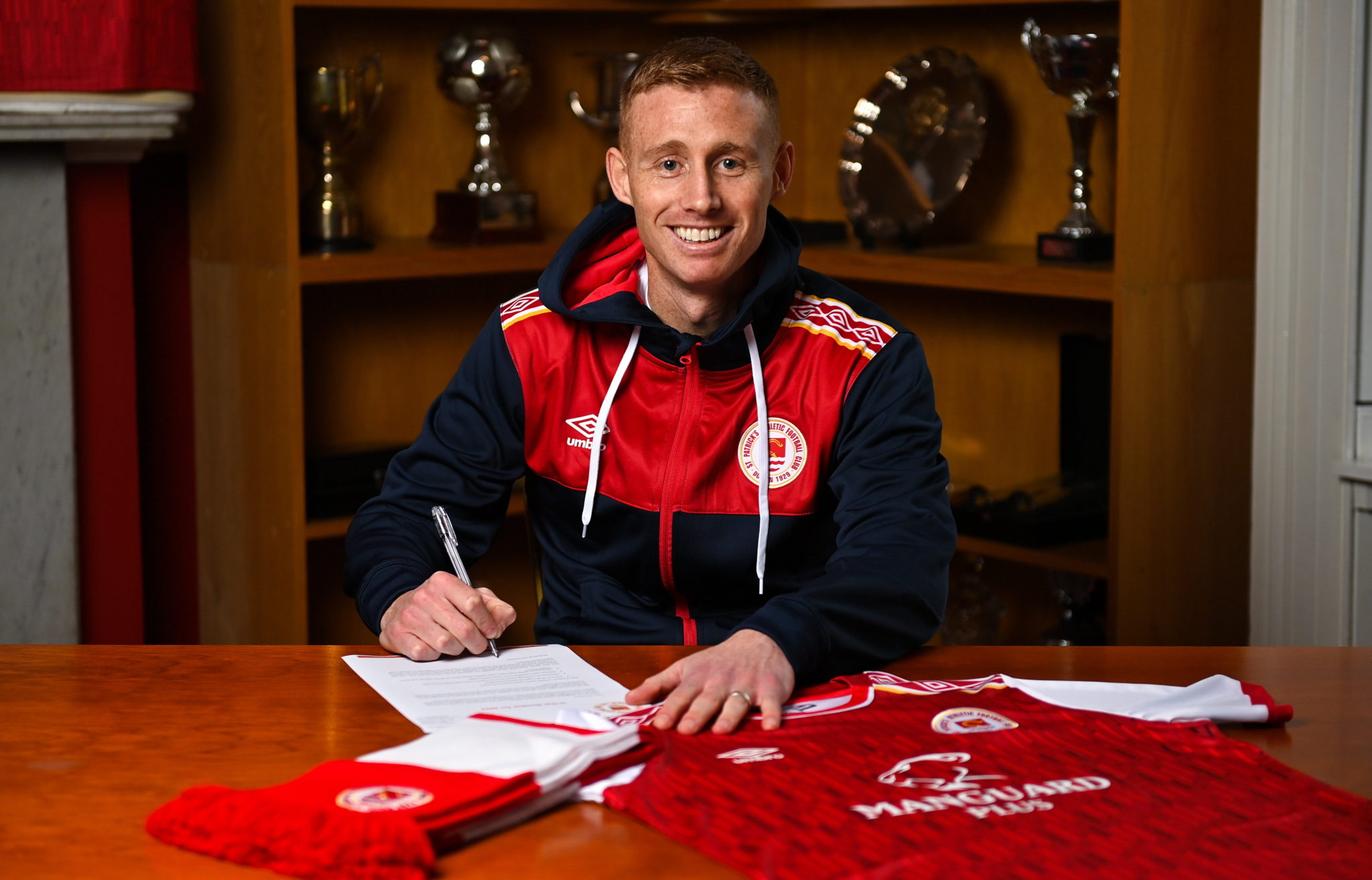 "I've had interest from elsewhere but having spoken to Tim and Garrett, they've got big plans for the club going forward and that's something I want to be a part of."

Doyle's been among the goals as recently as last Saturday, scoring for Wanderers in a 2-1 defeat to Rotherham.

He had successful spells at the likes of Swindon Town, Chesterfield and Oldham Athletic in recent years.

Pat's have had a busy close season, adding the likes of Tunde Owolabi, Joe Redmond, Mark Doyle and Anto Breslin to their ranks.

"It's a really exciting signing for us," said manager, Tim Clancy, "if you look at Eoin's career, he has consistently scored goals at various level, I'm delighted to get the signing over the line.

"I'd know Eoin very well from our time together at Hibs, we've kept in touch and it came up in conversation, and when I learned there was interest from Eoin's end I spoke to the Chairman and I'm delighted he was able to get it done."

Regarding his return home, Doyle said, "It was a huge decision for me and coming home was a major factor, I've always been a big fan of the league, and looked out for the results of the clubs I've played at and Tim's results at Drogheda etc.

"I didn't want to come back when I was too old when I couldn't add any value to the team, it was important for me to come back and try have some success."

Coventry and Swindon champions as Leagues One and Two ended early