Republic of Ireland defender Shane Duffy has revealed the sectarian abuse to which he's been subject...

Republic of Ireland defender Shane Duffy has revealed the sectarian abuse to which he's been subjected via social media.

The 29-year old is spending the season on-loan at Celtic from Brighton & Hove Albion.

On the pitch, Duffy has endured a tough time at Parkhead. His performances have been highlighted for the wrong reasons as Celtic's 10-in-a-row title challenge falls away.

Off the pitch, Duffy is believed to still be reeling from the loss of his father at the age of 53 in 2020.

The Derry native has joined James McClean in sharing the vile abuse sent to him on Instagram.

Responding to a picture of Duffy scoring away to Ross County in the first game of the Scottish Premiership season, one user unloaded a torrent of invective. 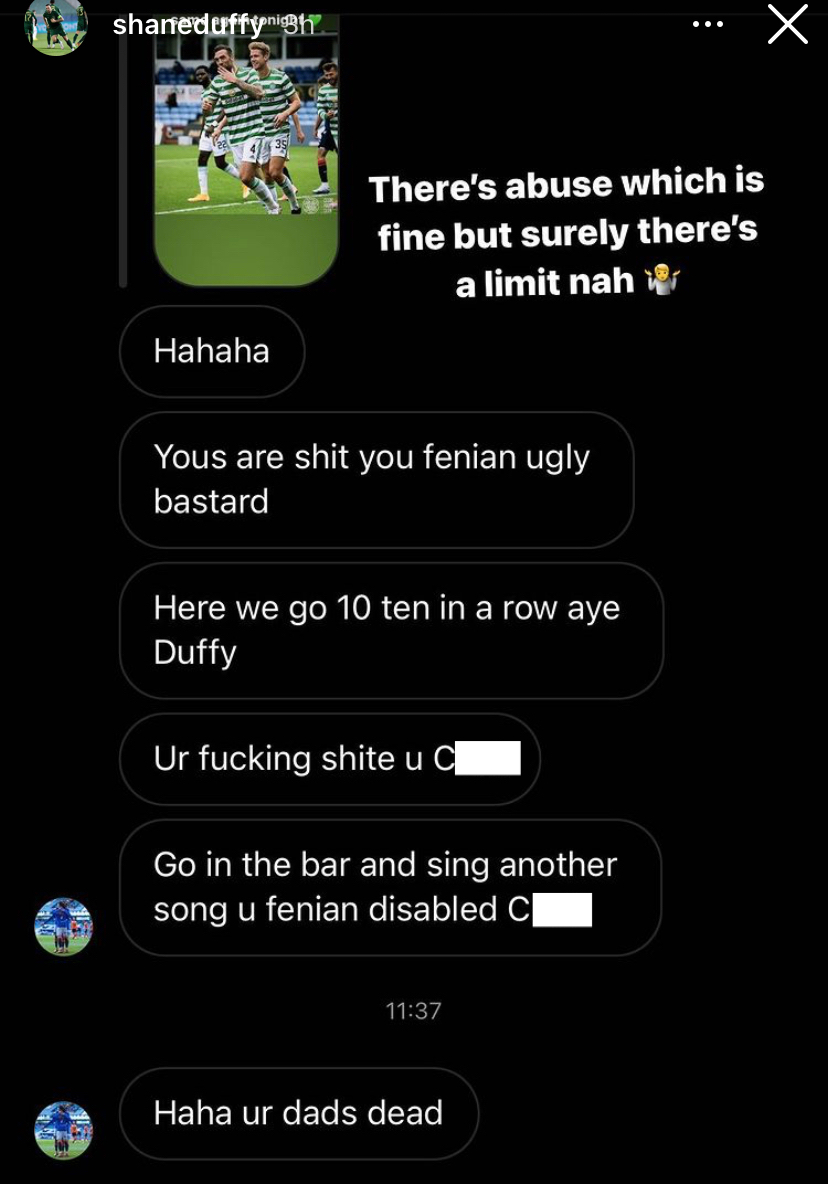 "Yous are shit you fenian ugly bastard," "Go in the bar and sing another song u fenian disabled c**t," and "Haha ur dads dead" are just some of the messages sent his way.

Duffy shared the abuse with the caption, "There's abuse which is fine but surely there's a limit."

Instagram said, "Our rules against hate speech don't tolerate attacks on people based on their protected characteristics, including race or religion.

"We take action whenever we become aware of hate speech, and we're continuously improving our detection tools so we can find it faster.

"Between July and September of last year, we took action on 6.5m pieces of hate speech on Instagram, including in DMs, 95 per cent of which we found before anyone reported it."