Enda McGinley feels the free-scoring fare of the first few weeks of the Allianz National Football league is due to tactics evolving rather than the impact of new rules.

Matches in the all-Ulster Division One North have averaged 38 points per game with the draw between Donegal and Monaghan the second highest scoring stalemate in the history of the Football League.

McGinley's Antrim currently sit top of their group in Division One and he thinks intelligent players using space wisely in attack and increased pressing of defences is at the heart of this season's exciting games.

"The game started changing a couple of years ago," the three-time All-Ireland winner with Tyrone said on OTBAM.

"For me there were major signs that was change afoot. Don't assign the good football we're seeing now to the new rules because that is the worst interpretation of facts on the ground. The new rules are just a shocker from my point of view.

"Teams are going a wee bit more offensive. The high press and pushing up means that some teams are not a bit more exposed at the back, the soccer tactics of gegenpressing has come in more and it's creating more space in behind.

"You've teams working for several years now on becoming really effective attacking units, really intelligent attacking units to go up against blanket defences. Now when they're faced with more open defences, they are ripping them to shreds." 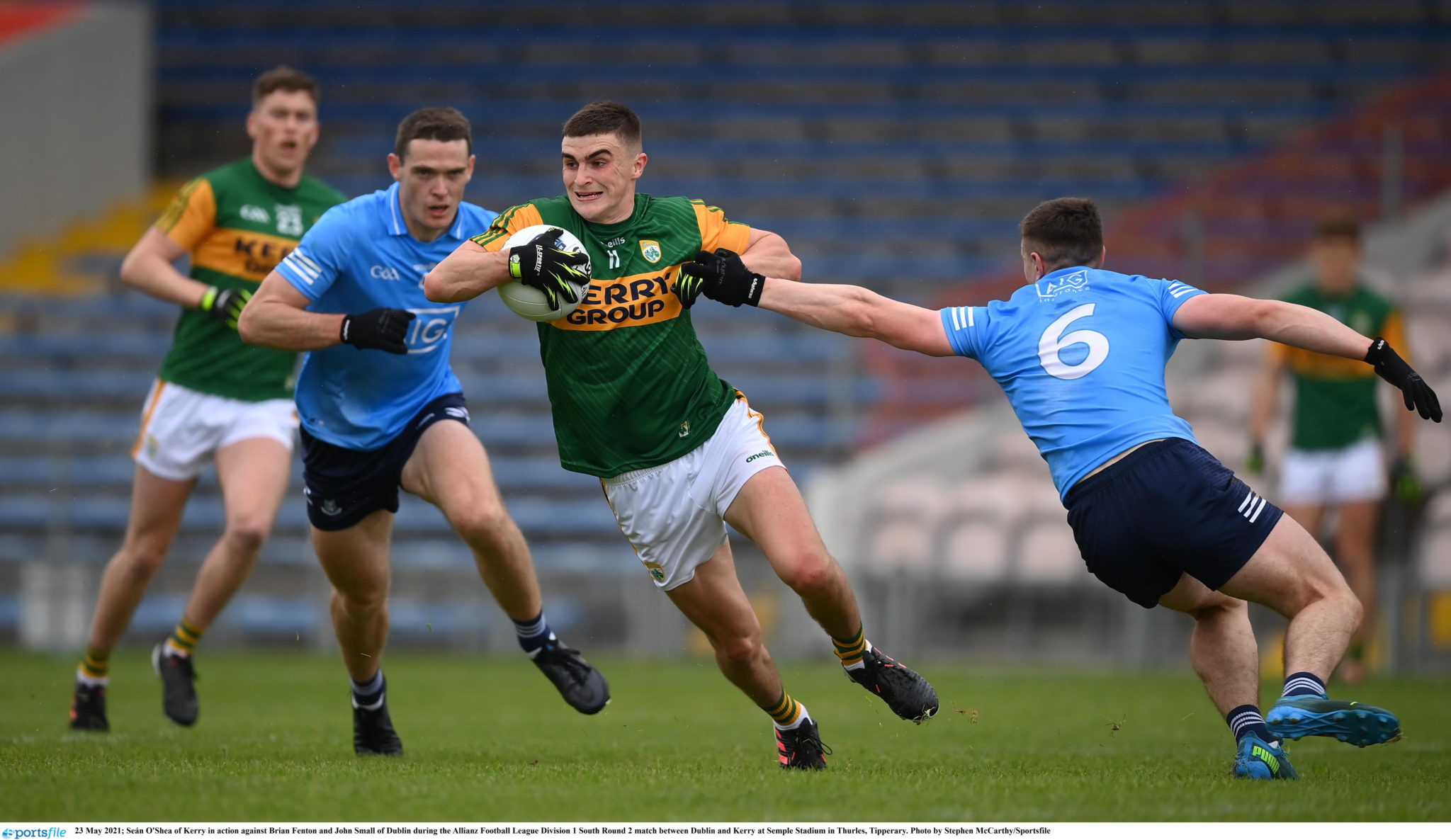 McGinley believes managers are now moving away from deploying blanket defences to a more open style of play.

"The intelligence and the skill level of the modern player is way above where it was when I was playing the game. So when you give them players a bit of space, they will really make hay. It's fantastic to watch, it's not fun to watch from the sideline because you're continually worried! But certainly the game is in a state of flux and that's brilliant for those watching it.

"I was chatting to Brendan Devaney after the Donegal match at the weekend and he said Monaghan could have had seven goals. He was speaking to [Declan] Bonner after the game and he was saying that the biggest difference between his first stint and management and this stint has been massive.

"He thought that Bonner would have been frustrated but Bonner just shrugged his shoulders and said 'it's just mad, a mad game of football' and was pretty easy about it. I think we'll see a slightly truer slant when it comes to Championship matches but league position is so important, there's none of those Ulster teams going out not trying to win those games.

"If they thought that in trying to win games, they'd be better served deploying the blanket approach, they'd be doing it now. It's not a matter of not showing their hand, it's reflective of a change in football. The game is very open at the minute."

Cork and Galway teams named for All Ireland Camogie Final

'I'm passionate, I'm not going to change' | Davy Fitzgerald reacts to sending off