Slovakia confirm Ireland's Euro 2020 playoff will be played in Bratislava

Slovakia have confirmed that their Euro 2020 playoff with the Republic of Ireland will be played in...

Slovakia confirm Ireland's Euro 2020 playoff will be played in Bratislava

Slovakia have confirmed that their Euro 2020 playoff with the Republic of Ireland will be played in Bratislava.

The game will be played at the recently renovated Tehelné pole national stadium which has a capacity of 22,500.

While the national stadium was closed, Slovakia played their Group E qualifiers at the 19,200 capacity Anton Malatinský Stadium in Trnava.

The Slovak capital will host the game on March 26th, with the winner travelling to Bosnia-Herzegovina or Northern Ireland five-days later.

Slovakia have already played at the refurbished Tehelné pole, a 1-1 friendly draw with Paraguay on October 13 which only garnered an attendance of 6,669.

FAI officials are planning talks with the Slovakian FA (SFZ) about boosting an away side's standard ticket allocation of 5%, which would work out as just 1,125.

Ireland's last visit to Slovakia was a 1-1 Euro 2012 qualifier draw in Zelina, with Sean St. Ledger netting for Giovanni Trapattoni's side.

That trip is perhaps more infamous for the sight of then FAI CEO John Delaney being carried aloft from a train into the city by Ireland fans. 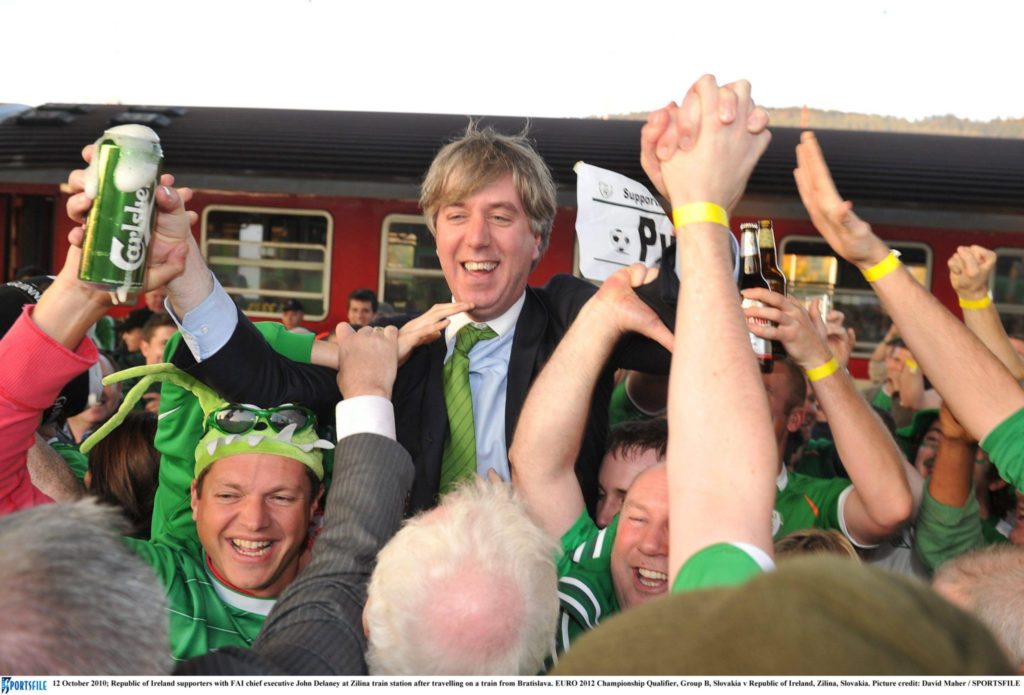 FIFA wants all internationals postponed in March and April