Vitor Pereira pulls out of running to be Everton manager

Vitor Pereira has pulled out of the running to replace Marco Silva as Everton manager, amidst report...

Vitor Pereira pulls out of running to be Everton manager

Vitor Pereira has pulled out of the running to replace Marco Silva as Everton manager, amidst reported interest in the Portuguese boss of Shanghai SIPG.

It's understood 51-year-old Pereira had been in discussions with the Goodison Park club over the last week with a view to replacing Silva, who was sacked from his position following the 5-2 Merseyside Derby defeat in the Premier League.

Pereira's name has been a prominent one in rumours surrounding Silva's replacement. However, speaking to Sky Sports News, he ruled himself out of the running.

"It's always an honour and I am utterly grateful to be considered on a list by a club that I have so much respect for.

"At this point, I am still the coach of SIPG a club close to my heart in a country that is growing immensely in football."

Pereira, who has previously managed other clubs including Porto and Olympiakos, has not ruled out a top job in England down the line.

"Currently I am not in a position to make any other commitments. I cannot decide now, I need time to think and plan my future by looking at all the options I have.

"It's a league I love and yes for sure I would love to consider an opportunity in the future." 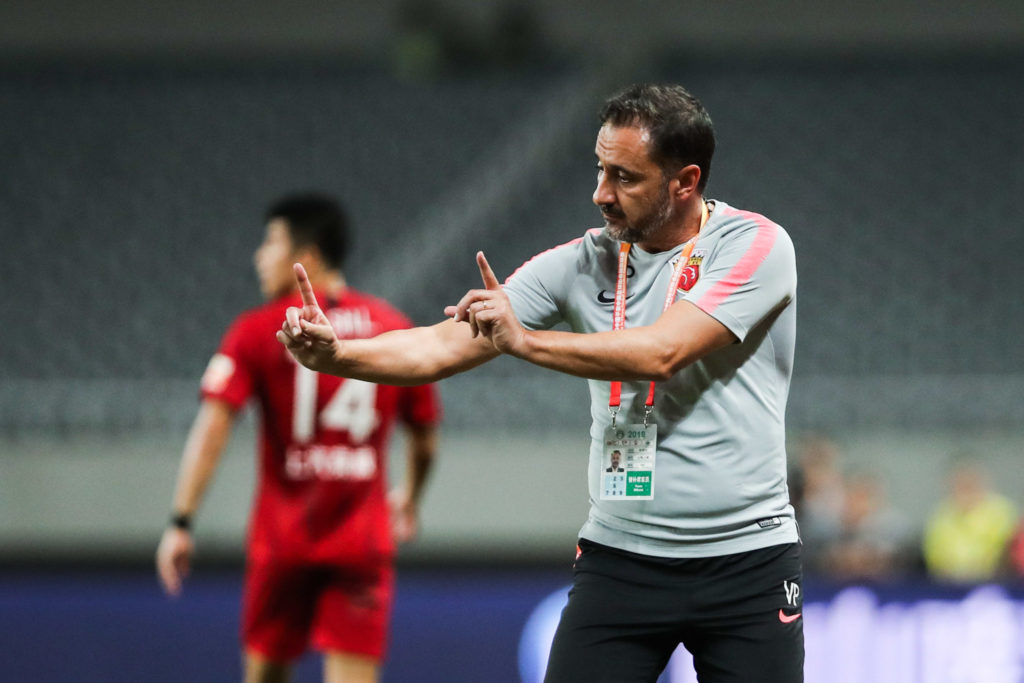 Reports say Shanghai offered Pereira a new £25m-a-year contract to tempt him into one more season in the Chinese Super League.

Silva was appointed in May 2018 on a three-year deal at Everton, after a protracted chase from the club while the manager was still in place at Watford.

The decision cost Everton £4m in compensation to the Hertfordshire club.

Everton had released a statement on news of Silva's departure, thanking him for his time at the club.

Everton Football Club can confirm that manager Marco Silva has left the club.

Majority shareholder Farhad Moshiri, chairman Bill Kenwright and the board of directors would like to thank Marco for his service over the last 18 months and wish him well for the future.

Duncan Ferguson has taken temporary charge of the first team and will manage the side for the game against Chelsea on Saturday.

The club aims to confirm a new permanent manager as swiftly as possible.

Former club striker Duncan Ferguson took charge of the Toffees for the impressive 3-1 home win over Chelsea at the weekend.

David Moyes, who previously managed the club between 2002 and 2013, is now odds-on favourite to take over the job. Former Arsenal manager Unai Emery, and Napoli boss Carlo Ancelotti have also been linked with the position.