Former Republic of Ireland manager Mick McCarthy has revealed that he had a fair idea Declan Rice wo...

Former Republic of Ireland manager Mick McCarthy has revealed that he had a fair idea Declan Rice would choose to play for England.

The West Ham midfielder won three senior caps for the Republic of Ireland under Martin O'Neill but he was able to play for England because he did not feature in a competitive game for the Boys in Green.

By the time McCarthy was appointed Ireland manager in November 2018, Rice had been left out of the squad for the Nations League games earlier in the year. 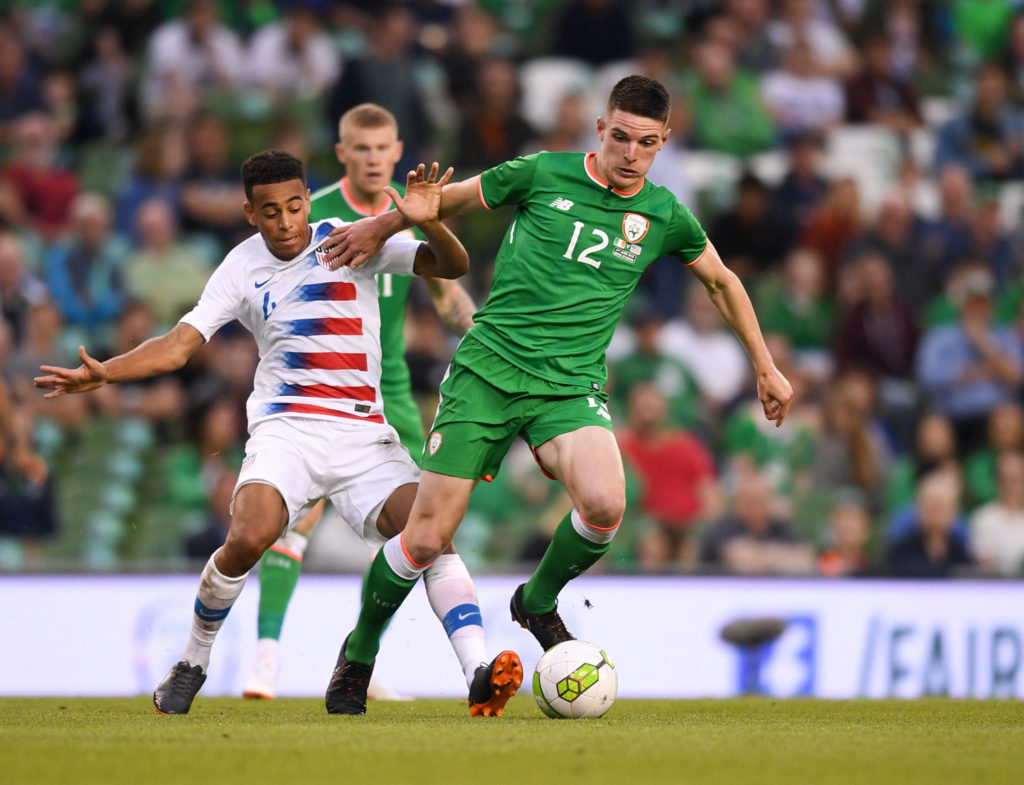 2 June 2018; Declan Rice in action for the Republic of Ireland against the United States during an International Friendly

Rice would have been unable to play for England if Martin O'Neill had picked him in the Nations League.

O'Neill said in August 2018: "I’ve spoken to him, spoken to his family, his father is absolutely gentleman, he’s very keen on him playing for us. The lad just wants a little more time."

McCarthy's first task after taking over was to see if Rice would come back to play for Ireland or would he chose to play for the country of his birth.

Rice decided to play for England and has since featured seven times Gareth Southgate’s side.

McCarthy was a guest on Sky Sports’ The Football Show, and revealed how it all played out when asked by Gary Neville.

"How it went down? Well, it went down like a lead balloon because he played three games for us, he scored and I think he kissed the jersey but you know, players have a choice, Gary, for which (country) to play for now.

"There’s another discussion if you’ve played once, if it’s a friendly game, a full international, should that be you down as an Irish player, an English player, a Scottish player? I think it should once you’ve played with the national team.

"But if you’ve got a choice, which he had, he played his games, he got in the West Ham team, he started flying. I mean, I went to see him and his Dad.

"I have to be honest, I didn’t say it publicly at the time but I didn’t think he was going to come with us. I think he was erring on the side of playing with England.

"I said to him (Rice) at the time, I was pretty curt with him on the phone and I had to ring him back and say, ‘I’m sorry, I wish you well, I hope you have a good career with England and with West Ham, good luck.

"Because it’s his choice. He never played for me, it’s just that I was so disappointed that we were losing such a good player."