Crystal Palace had spent eight years in the English Championship before achieving promotion to the P...

Crystal Palace had spent eight years in the English Championship before achieving promotion to the Premier League in 2013.

Seven of the starting team that beat Watford 1-0 in the play-off final, and unused substitute Yannick Bolasie, were more or less regulars in the team that would finish in 11th position and on 45 points in their first season back in England's top-flight.

That is the sole aim for any club that gains entry to the most lucrative league in world football - surviving that first season and to do that a club and/or its manager must be shrewd in shaping its squad.

"When we got promoted with Crystal Palace, we pretty much kept the nucleus of what we had,” Delaney said after watching Chelsea defeat Aston Villa in the Premier League for OTB Sports.

"We said we’re going to go at it with what we’re good at, which was defensively strong, counter-attacking football. These were our principles and we were going to stick with it."

Their plan worked and despite the sacking of play-off winning manager Ian Holloway just three months into that comeback season, and several changes of manager since, the Eagles have consolidated their status as a top-flight club and look a lot more solid since the appointment of experienced manager Roy Hodgson in 2017.

Unlike Hodgson, or Holloway before him, Aston Villa boss Dean Smith had no experience of managing in the top division where he guided the club to by winning last year's play-off final 2-1 against Derby County.

Granted, several of Villa's regular starters last season were either on loan from other clubs - Tammy Abraham (Chelsea), Axel Tuanzebe (Manchester United) and Yannick Bolasie (Everton) - or deemed too old to remain with the club - Glenn Whelan, Alan Hutton and Mile Jedinak. 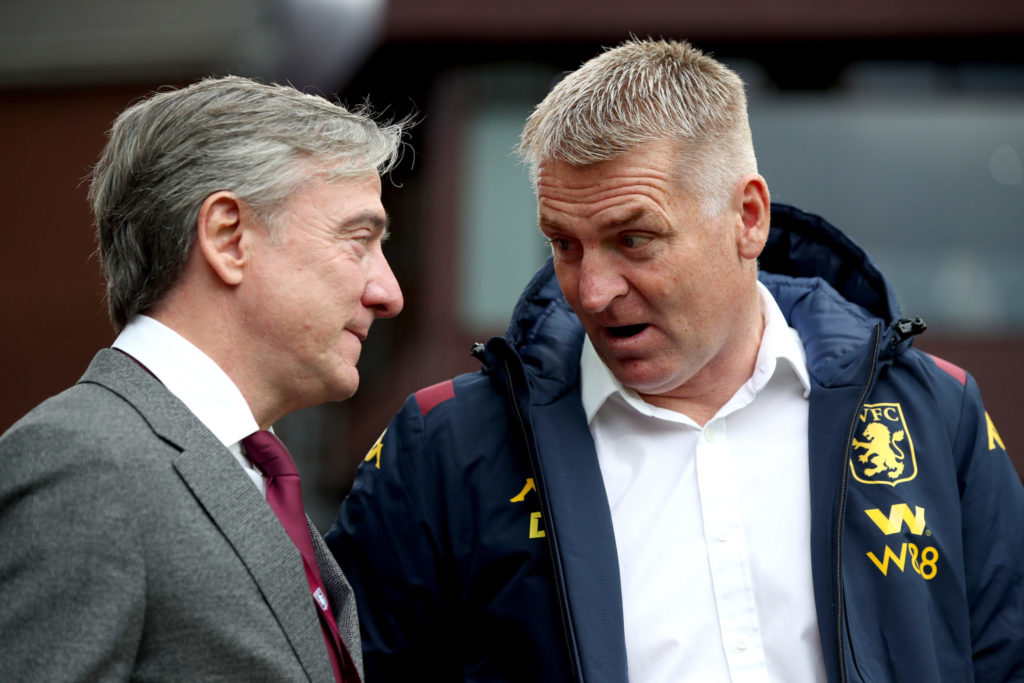 However, the club's billionaire owners Nassef Sawiris and Wes Edens opted to go the same way as Fulham did in the previous season by spending huge to revamp the squad in an attempt to stay up.

"Fulham tried it a couple of years ago, went up and then blew all this money and I know that the manager there said afterwards that they did that wrong and even the club admitted it, they should have stuck with what they had," Delaney added referring to the €117m spent by billionaire owner Shahid Khan.

The job of avoiding Premier League relegation is hard enough for any manager, experienced or not, but it is even more difficult when they are forced to rebuild a team with so many new and unfamiliar parts.

Depending on formation, Mings and Hause have been joined by Matt Targett, Ezri Konsa and Frédéric Guilbert in a defence that has conceded 58 goals this season, the worst in the league.

Midfielders Douglas Luiz, Marvellous Nakamba, Trézéguet and Jota have not yet demonstrated that they can play at this level while investments in strikers have not paid the desired dividends.

Wesley cost approximately €24m and he has managed just 5 goals in 21 league games while Mbwana Samatta who signed in January for a reported €9.5m euro has not scored in the five games since finding the net on his debut against Bournemouth.

Fulham were relegated with five games still to play last season and while it looks like second-from-bottom Villa, who are currently one point from safety, will keep battling a bit longer than that - their prospects don't look good with games against Wolves, Liverpool and Manchester United to come in the next fortnight.

They will hold out hope of gaining points from matches against the likes of Newcastle, Crystal Palace, Everton and West Ham but Smith will also be hoping that if the worst does come to the worst, the new four-year deal that he signed in November doesn't go up in smoke as well.