€31,000 Worth Of Cocaine And Cash Seized In Galway City

More than €31,000 in cash and cocaine has been seized in Galway City.

The recovery was made at a house in Ballybane at around 10 pm last night.

Gardaí attached to the Divisional Drugs Unit searched the house and found around €19,000 worth of cash in Euro and Sterling.

Two designer watches worth €7,000 were also seized by Gardaí. 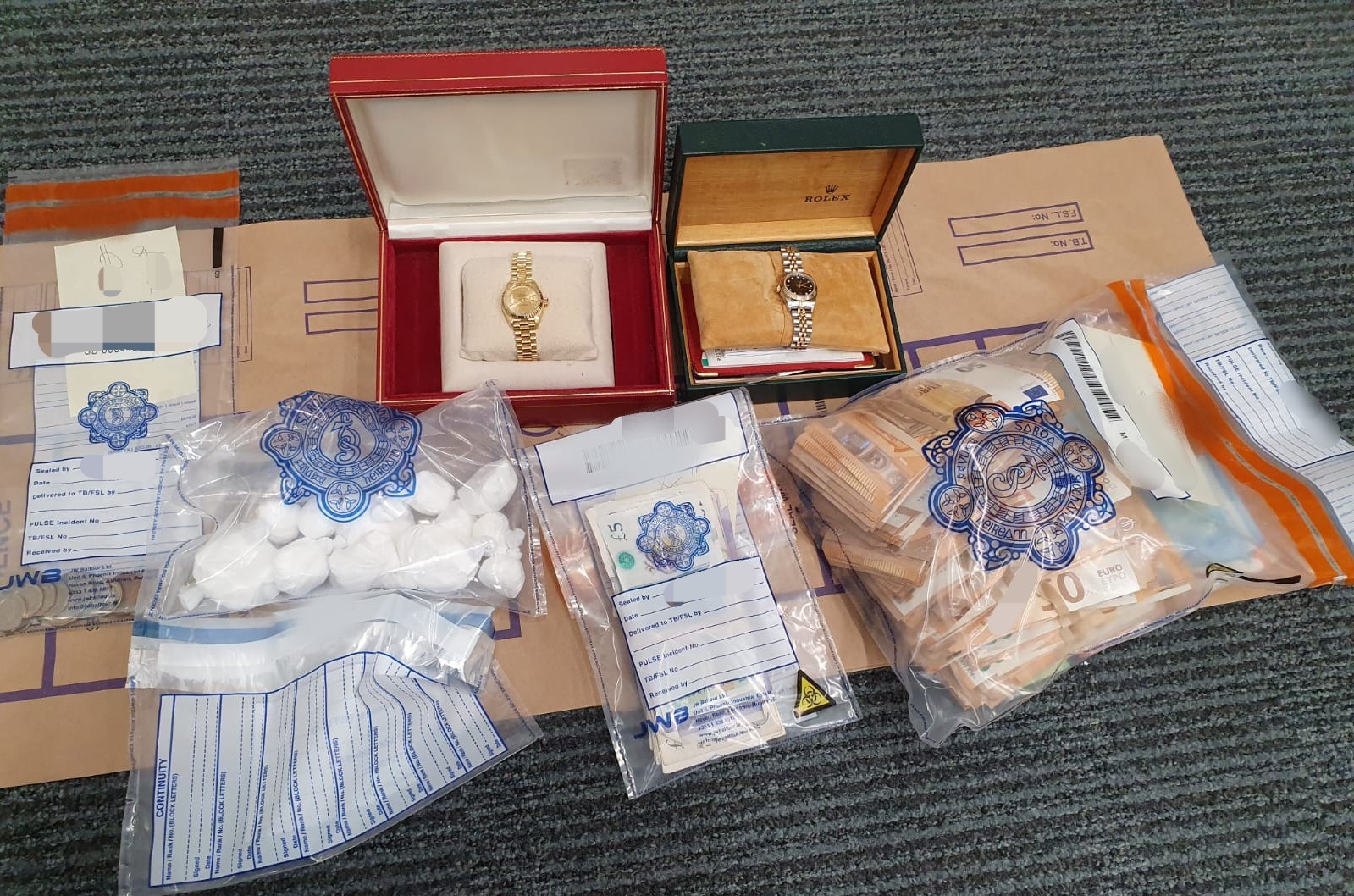 Cocaine with a street value of €12,250 was also recovered.

One man, aged in his early 30s, was arrested at the scene.

He has since been released without charge but a file is being prepared for the Director of Public Prosecutions.