The cast of Friends has finally confirmed they are reuniting for a special episode of the show, 15 years after it ended.

Matthew Perry recently hinted there was "big news coming", but now he and Jennifer Aniston, Courteney Cox, Lisa Kudrow, Matt LeBlanc and David Schwimmer have all announced their involvement on Instagram.

Each of the stars of the hit '90s sitcom, about a group of friends living in New York City trying to navigate life as young adults, have posted the same message on their Instagram, saying: "It's happening..." 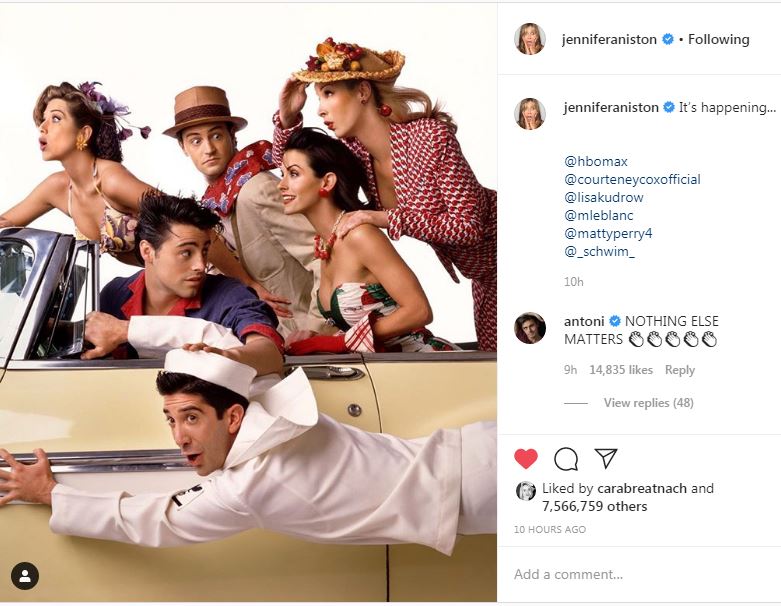 Streaming service HBO Max has said they will return for an unscripted special.

The last episode was broadcast in 2004 and ended with a shot of the cast all leaving keys to Monica and Chandler's apartment on the kitchen counter before heading out for a goodbye coffee.

Kevin Reilly, the chief content officer of HBO Max, said: "Guess you could call this the one where they all got back together."

He also added that the special will be programmed alongside the entire Friends Library.