The funeral of George Floyd will take place in his hometown of Houston in Texas later today. He who...

The funeral of George Floyd will take place in his hometown of Houston in Texas later today.

He who was killed two weeks ago in Minnesota after being arrested by police.

It sparked worldwide protests over the treatment of African Americans and minority groups.

Thousands of people attended a viewing of Mr Floyd's casket yesterday, people have been filing through a church in Houston.

In groups of 500, they filed past his open gold-coloured coffin. 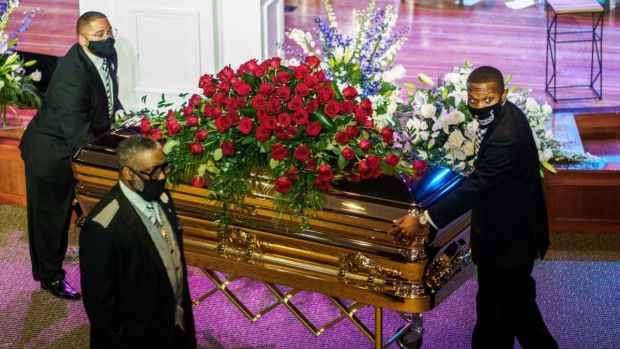 George Floyd's private funeral at The Fountain of Praise Church will be attended, alongside his family and friends, by political, religious and civil rights leaders.

Meanwhile, a police officer who's charged with his murder has appeared in court and had his bail raised to more than a million dollars.