50 children from across Donegal have held a protest outside Leinster House this lunchtime, calling f...

50 children from across Donegal have held a protest outside Leinster House this lunchtime, calling for 100% redress for their mica-affected homes.

The Minister for Agriculture told the children that an updated redress scheme for homes affected by mica will be published in the next two to three weeks.

One child says she’s worried Santa won’t be able to come down the chimney, another says he doesn’t like having friends over to play because slugs get through the cracks in his house.

All are seeking 100% redress to mend their childhood homes #Mica pic.twitter.com/vi0suJVd3W

"Maybe Santa won't come at Christmas because all the chimneys are cracked," said one child who had travelled from Donegal to Dublin. 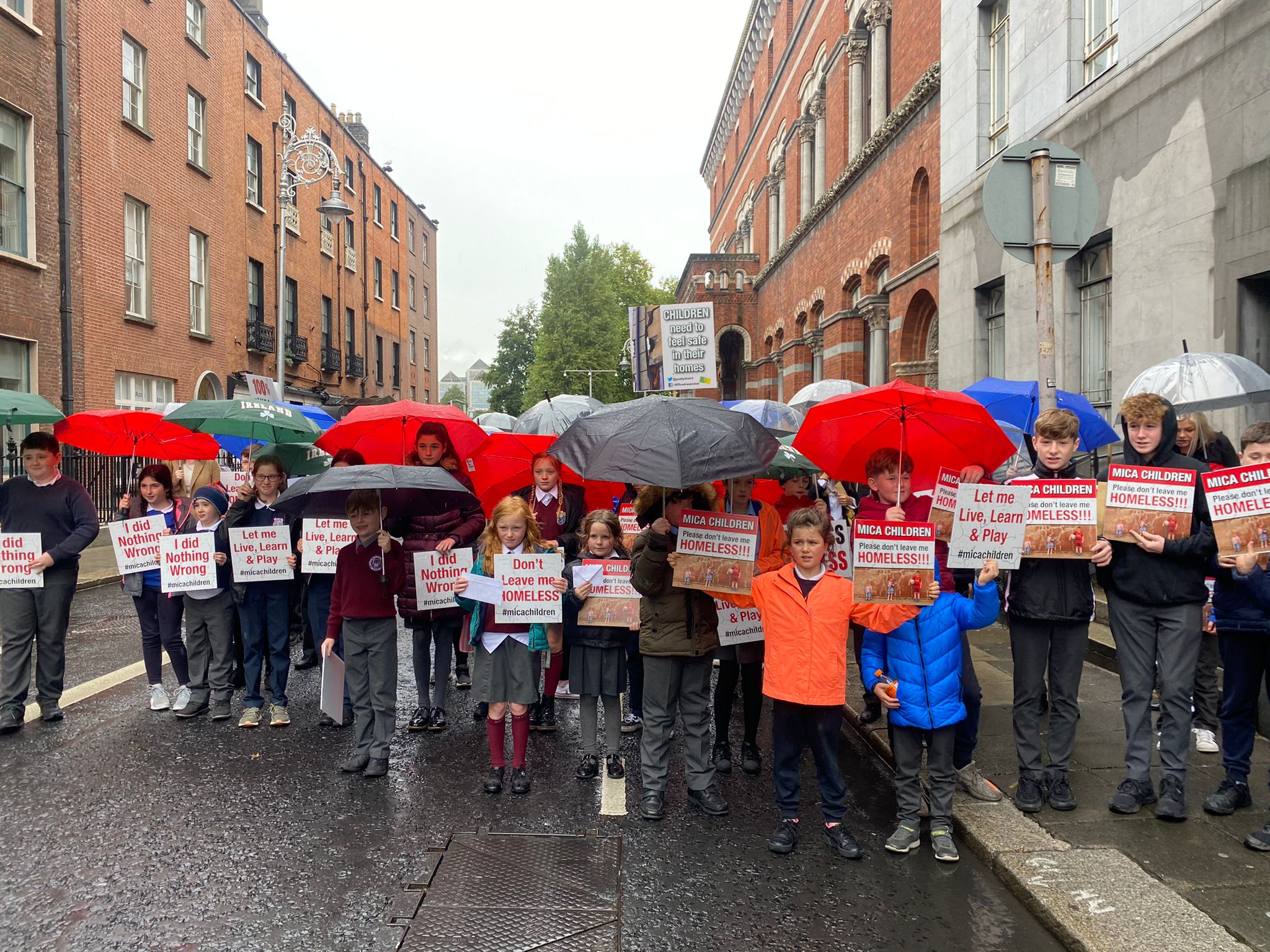 Mica children outside the Dáil calling of 100% redress

Another said, "all the homes have little children thinking they won't have homes for Christmas is just heartbreaking.

"I had to come up to Dublin three or four times - I don't think we'd have to do that without the Government."

New Variant Given The Name 'Omicron' and Designated 'Variant Of Concern'