Nearly 6,000 Ukrainian children are now enrolled in Irish schools, according to the Department of Ed...

Nearly 6,000 Ukrainian children are now enrolled in Irish schools, according to the Department of Education.

Some 3,968 are in primary school, while 1,875 are enrolled in secondary schools.

The figures show that Dublin schools have the highest amount, with 731 in primary school and 369 in secondary school. 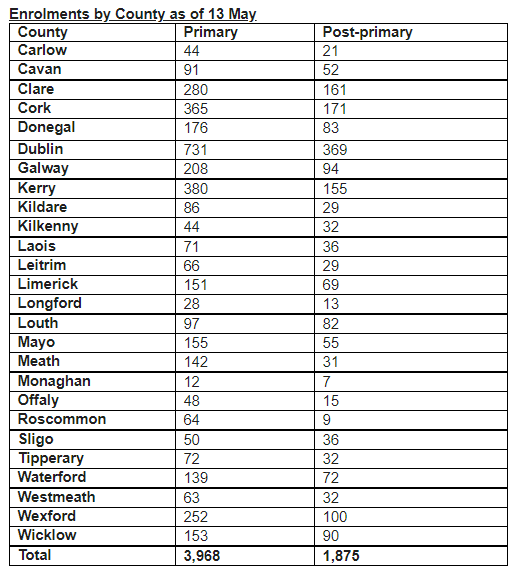 The department said Regional Education and Language Teams (REALT) are now in place across the country to help the children settle in.

The teams help families find school places for their children, while also supporting schools to meet the children’s needs.

“I hear of a lot of dislocation happening,” he said. “Of families who have gotten used to one school being told at very short notice they are moving to a different part of the country.

“The overall coordination of this I think needs to be improved but in such a short space of time it does show again the fantastic work that does go on in individual schools in our primary and secondary sector.”

Information for parents in Ukrainian and Russian on accessing school places is available on gov.ie/Ukraine.