Over 2,300 Fines Issued To People Organising Or Attending House Parties

More than 2,300 fines have been issued to people caught organising or going to house parties during level 5 restrictions.

Gardai say they have handed out 466 fines of €500 to people organising parties.

Meanwhile, 1,842  €150 fixed payment notices have been issued to people attending a party. 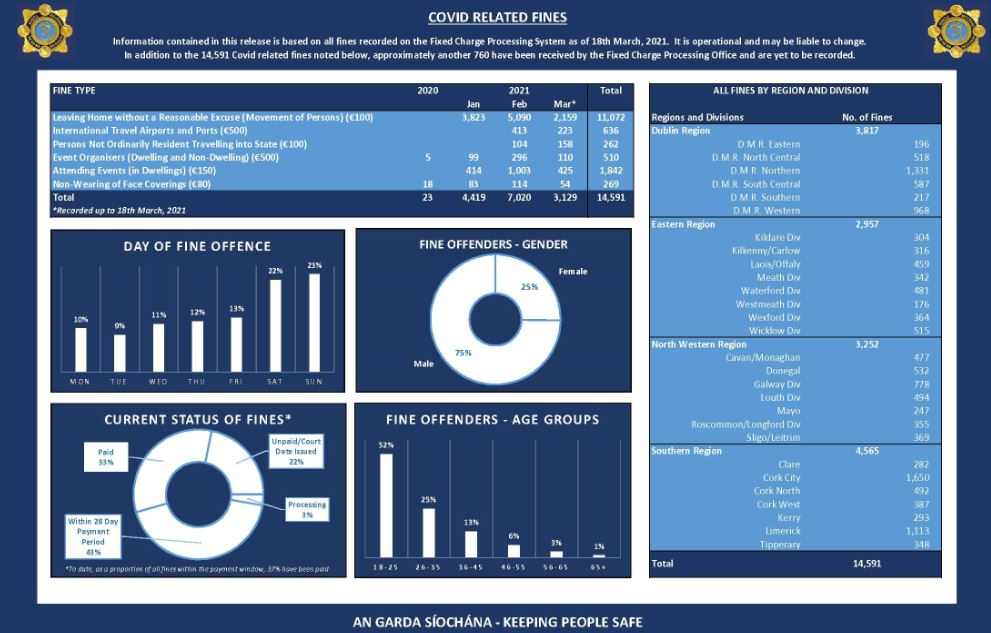 The latest figures also show that 11,072 fines have been handed out to people engaging in non-essential travel.

Over 1,000 people have now been fined for making a non-essential journey to a port or airport.

75% of all fines have been issued to men.

Over half of the offenders caught by Gardai were between the ages of 18 and 25.

Varadkar Hopeful Most Restrictions Will Be Lifted By August