Proposals to link Ireland to an ultra-rapid European train network have been put forward by an EU think tank.

The Vienna Institute for International Economic Studies says the project would help Europe recover from the covid-19 crisis.

The proposals would see all EU capital cities connected via four major railway lines and would be separate from the existing Trans-European Transport Network. 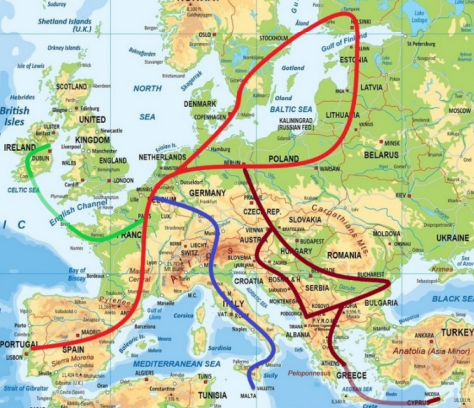 Trains would be able to travel at average speeds of between 250 to 350 km/h.

This would allow people to travel from Paris to Berlin in about four hours.

Dublin would be connected to Paris with a ferry-based sea link between Cork and Brest.

The other lines would see:

› Lisbon-Helsinki including a loop around the Baltic Sea meeting in the Ruhr area (red)
› Brussels-Valletta, (blue)
› Berlin-Nicosia, with a ferry-based sea link between Piraeus and Paphos and a loop between Vienna
and Sofia (brown)

The estimated cost of the project would be €1,100 billion.

Stolen Springer Spaniel Retured To Family After Being Located in UK

Cork Man Charged With 26 Counts Of Indecent Or Sexual Assault