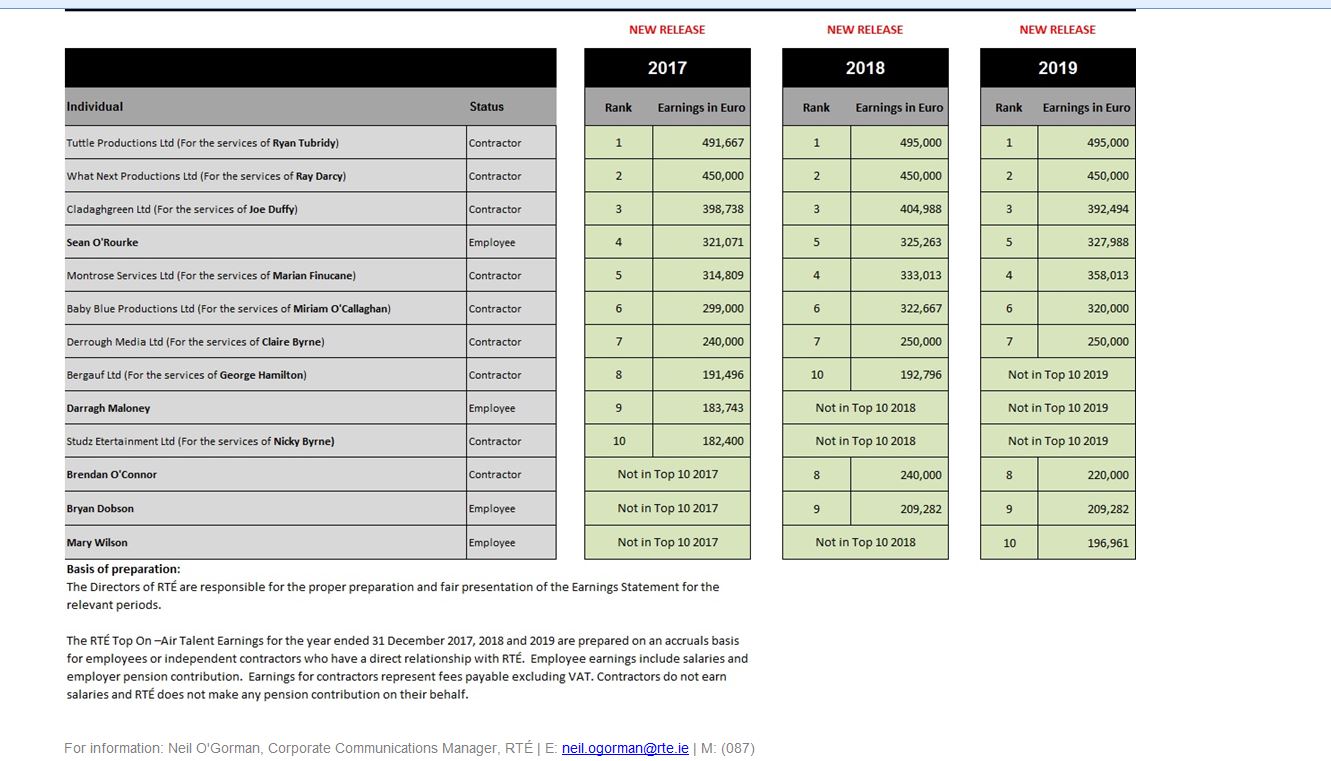 Ray D'Arcy is the second-highest-paid presenter, earning €450,000 per annum.

He is followed by Live Line host Joe Duffy.

Mary Wilson was the only new name in the top 10 highest earners in 2019.

Number Of Children Born With Disabilities Expected To Fall