Donald Trump has left the White House for the last time as US President. He will give a farewell add...

Donald Trump has left the White House for the last time as US President.

He will give a farewell address at a nearby military base, before continuing to Florida. 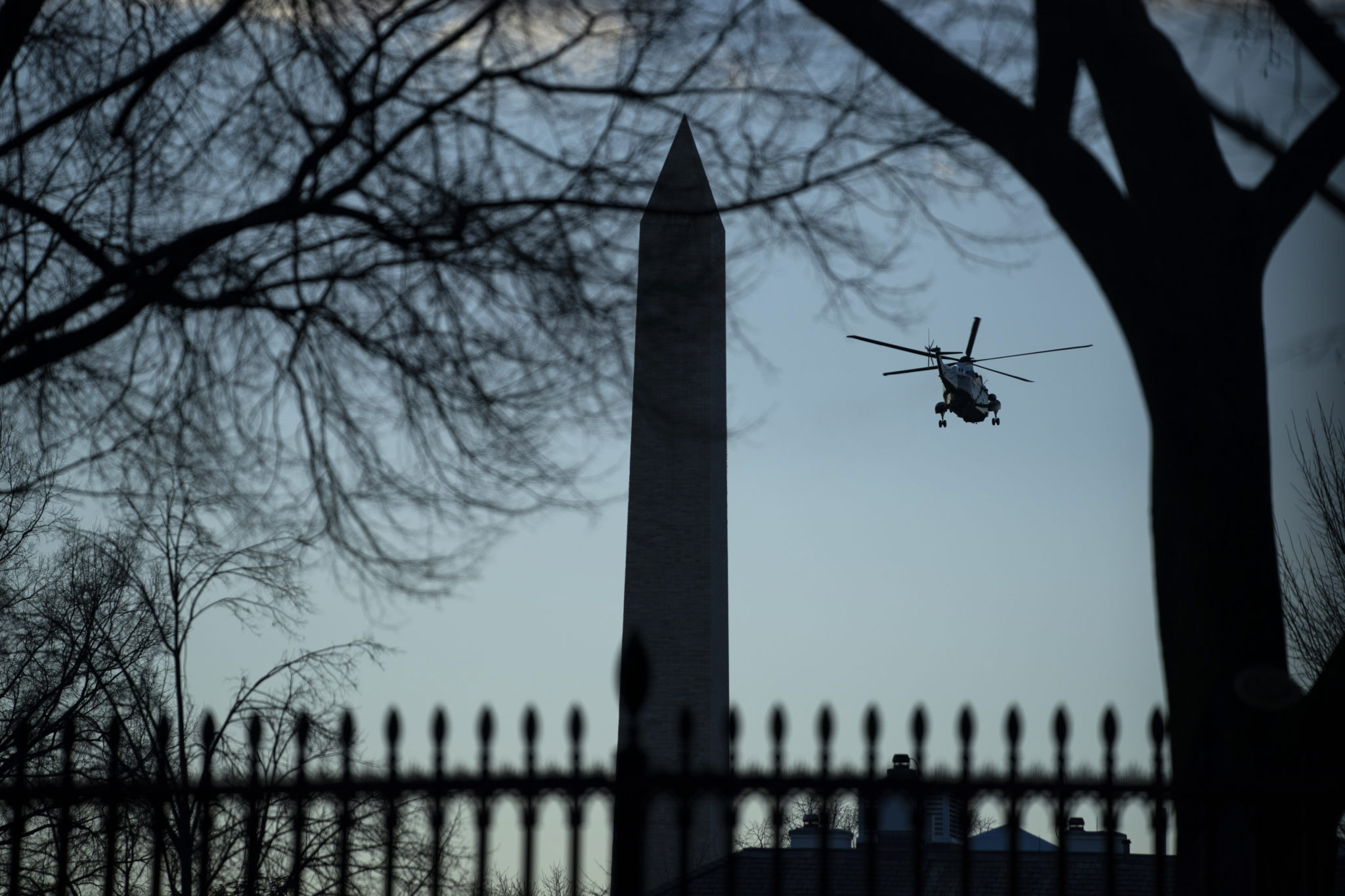 Marine One with President Donald Trump aboard flies past the Washington Monument during Inauguration Day ceremonies, Wednesday, Jan. 20, 2021, in Washington. Trump is en route to his Mar-a-Lago Florida Resort. (AP Photo/Evan Vucci)

His successor Joe Biden will be sworn in later this afternoon, along with Kamala Harris as Vice President.

Overnight, Mr Trump pardoned 73 people, while commuted the sentences of 70 others.

It included a 'full pardon' to his former adviser Steve Bannon.

"Four years ago, we launched a great national effort to rebuild our country, to renew its spirit, and to restore the allegiance of this government to its citizens.

We did what we came here to do—and so much more."

In a break from tradition, Mr Trump is not expected to attend the inauguration ceremony for his successor.

It's believed there are plans for Mr Biden - who has family ties to counties Louth and Mayo - to visit Ireland during his four year term.

Last week, the Taoiseach said he invited Mr Biden, and the response he got was "try and keep me out".