US Envoy To Ukraine Resigns During Impeachment Crisis

The envoy to Ukraine of US President Donald Trump has resigned, after being named in a whistleblower complaint which sparked an impeachment inquiry into the president.

Kurt Volker told US Secretary of State Mike Pompeo on Friday of his decision to leave the job, according to a US official who spoke to the Associated Press on condition of anonymity.

The move comes after it emerged that Mr. Volker had connected the US president's personal lawyer Rudy Giuliani with Ukrainian officials to investigate Joe Biden and his family over allegedly corrupt business dealings.

The US State Department had no immediate comment on Mr. Volker's resignation, saying only that he put Mr. Giuliani in touch with an aide to Ukraine's President Volodymyr Zelenskiy.

According to the whistleblower, believed to be an intelligence official, Mr. Volker spoke with Mr. Giuliani to try to "contain the damage" from his efforts to encourage Ukraine to investigate former vice-president Mr. Biden.

It is alleged Mr. Trump tried to influence next year's election and White House staff attempted to "lockdown" details of their conversation. 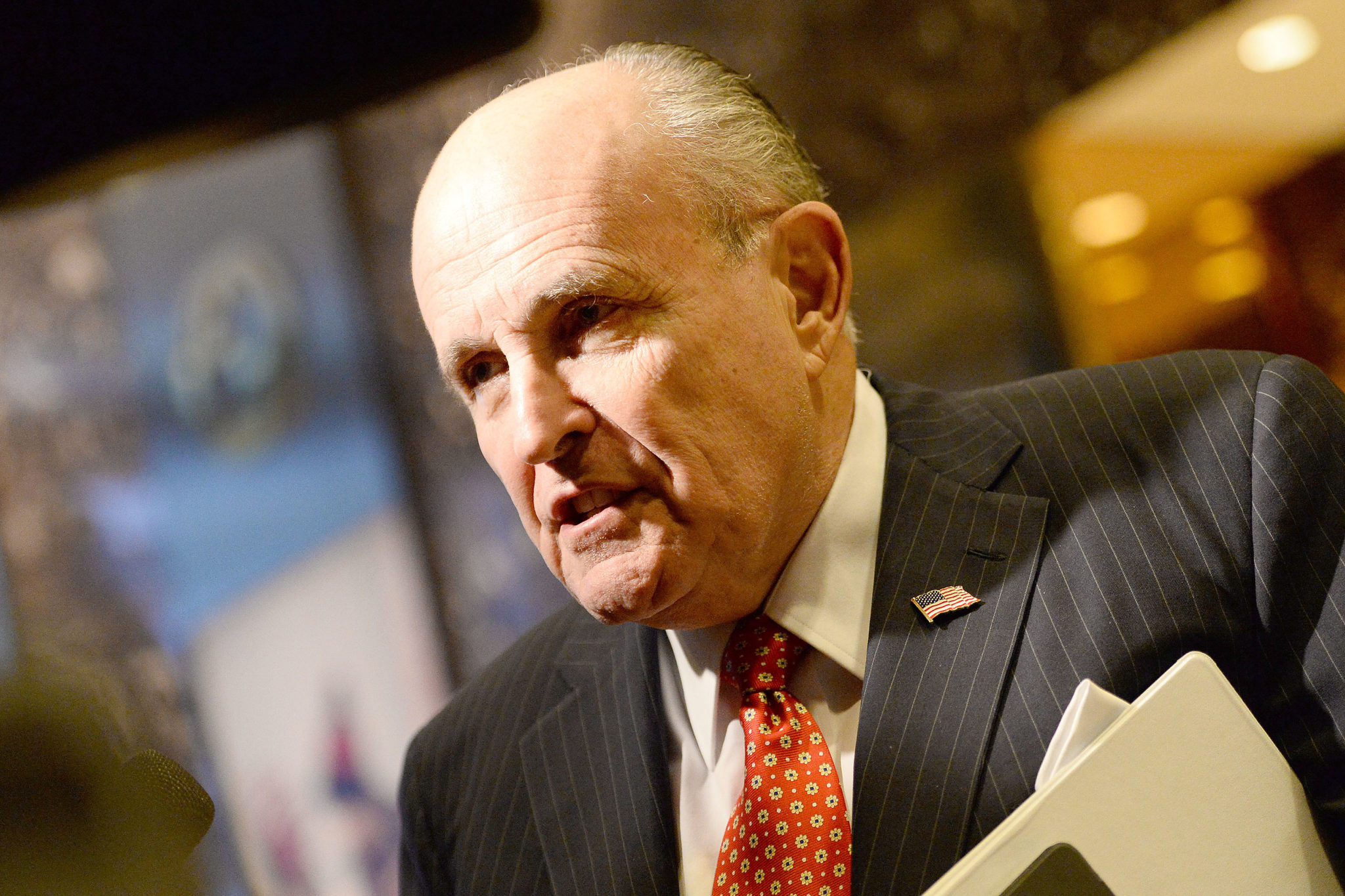 Rudy Giuliani speaks with members of the media in the lobby of the Trump Tower in New York in November 2016 | Image: Pool/ABACA/ABACA/PA Images

The whistleblower said Mr. Trump asked Mr. Zelenskiy to investigate whether Mr. Biden tried to block a Ukrainian investigation into his son Hunter's relationship with Burisma, a company drilling for oil in Ukraine, which Hunter Biden sits on the board of.

Mr Giuliani is believed to have travelled to Madrid in early August to meet one of Mr. Zelenskiy's advisers, Andriy Yermak - US officials characterised the meeting as a "direct follow-up" to Mr. Trump's call.

The complaint cites published reports of meetings Mr. Giuliani held with Ukraine's chief prosecutor in New York in January and Warsaw in February, after a phone call he had late last year with the prosecutor's predecessor.

Mr. Giuliani told Sky News of his meeting with Mr. Yermak: "I was asked to do this by the State Department. I didn't know Mr. Yermak from a hole in the wall.

"I briefed them, two of them, on everything I did and I have a very nice text at the end explaining how honest and straightforward I was, which I am."

Mr Trump is now facing an inquiry into possible impeachment - the process where a president could ultimately be removed from office.