Woman Stabbed To Death In Dublin

A woman has been killed after an apparent stabbing at a house in Dublin.

Gardai were called to an incident at the residence at Greenfort Drive, Clondalkin at around 12.30 this morning.

A woman in her 40s was found with serious injuries believed to be stab wounds.

The mother of 3, Cathy Ward, was pronounced dead at the scene.

She was found dead in an upstairs bedroom of the house. 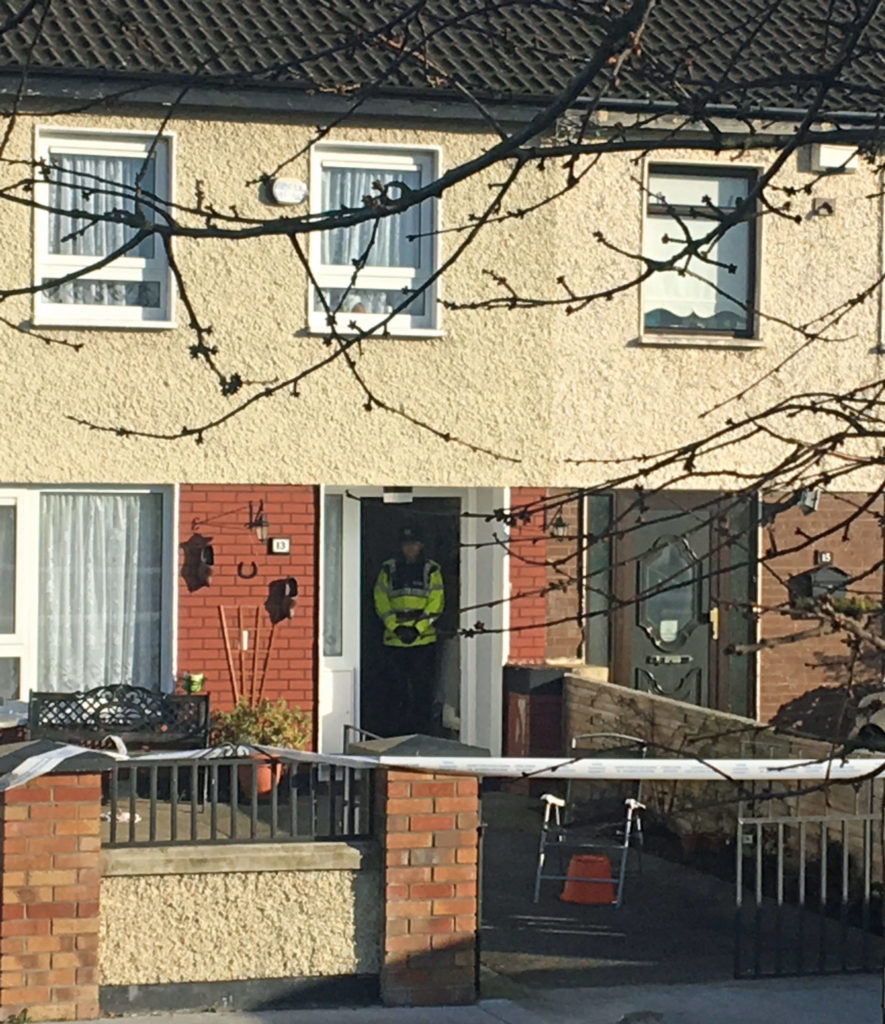 Gardaí at the scene of the incident in Clondalkin | Image: Alison Nulty

A man in his 50s was arrested and is being detained Lucan Garda Station under Section 4 of the Criminal Justice Act, 1984.

Cocaine Worth Around €117,000 Seized In West Dublin

Dublin Man Goes On Trial Accused Of Murdering His Father