Alex McLeish has been sacked as manager of Scotland after just over a year in charge. The Scottish F...

Alex McLeish has been sacked as manager of Scotland after just over a year in charge. The Scottish FA released a statement to confirm McLeish will leave his role with immediate effect. They say the decision was agreed in consultation with him, following a "disappointing" start to Euro 2020 qualifying. His assistant coaches, Peter Grant, James McFadden and Stevie Woods, will also leave their roles.

McLeish was under increasing pressure after Scotland's 3-0 defeat away to Kazakhstan in March which was followed up with an unconvincing 2-0 win over minnows, San Marino. The 60 year old won five and lost seven of the 12 games during his second spell. However McLeish did secure a Euro 2020 play-off via the Nations League by finishing ahead of Israel and Albania. The Scottish FA will start the process of recruiting a new management team immediately. Scotland are back in qualifying action in June when they face Cyprus and Belgium in Group I. 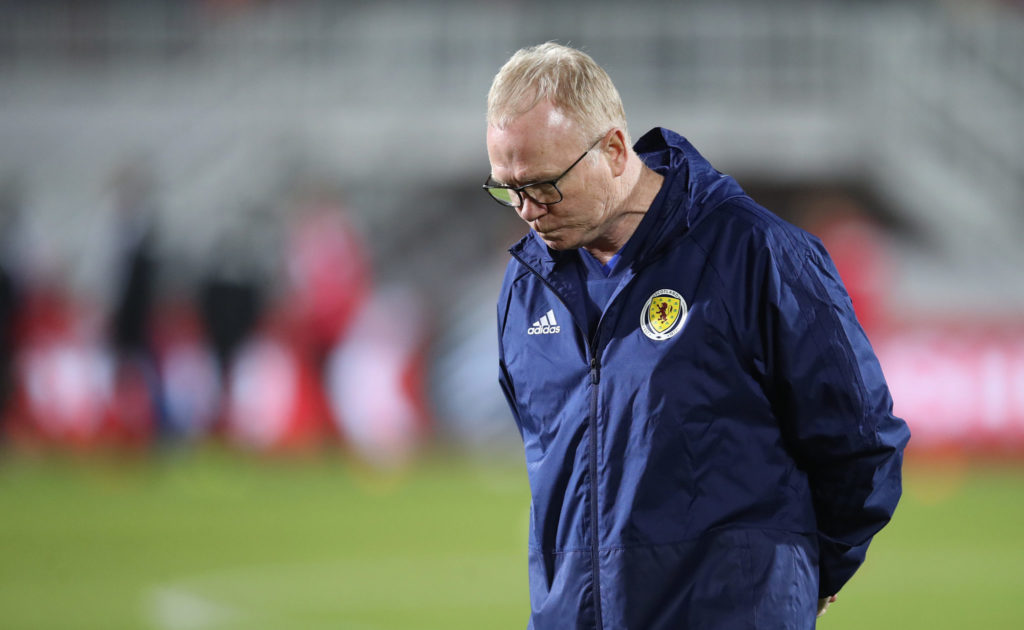 Alex McLeish: " I am grateful for the opportunity to have managed my country for a second time and leave knowing that I gave my all in the pursuit of success. I am proud that together we finished top of our UEFA Nations League group and qualified for the UEFA EURO 2020 play-offs, which gives us a real opportunity to reach a major tournament for the first time in over 20 years.

" I am also pleased to have given many younger players a first taste of international football that will stand them – and the country – in good stead for the future.

" I would like to thank those players who showed a passion for wearing the dark blue, my assistants, Peter, James and Stevie, for their contribution over the past year. I would also like to extend my gratitude to the entire national team backroom staff and my friends and colleagues at the Scottish FA.

" Finally, I would like to thank the Scotland fans for their unwavering support of the team and look forward to taking my place among them in the future. "