Steven Reid is to return to football with one of his former clubs. The former Republic of Ireland mi...

Steven Reid is to return to football with one of his former clubs.

The former Republic of Ireland midfielder is to work as first-team coach at West Brom alongside interim manager James Shan. The Baggies announced this week that Shan would be continuing on in his role until the end of the season.

Since sacking Darren Moore last month, West Brom have earned 12-points in the Championship under Shan's stewardship. However, they were known to want to add some senior coaching experience to aid their promotion push.

Reid has been out of work since leaving his role as a coach at Crystal Palace due to personal reasons in September of last year. Before his stint at Palace, Reid had also been a member of Reading's coaching staff. 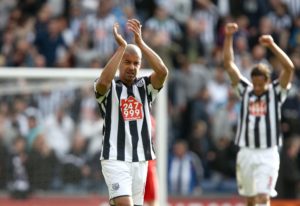 The 38-year old made over 80-appearances for West Brom as a player between 2010 and 2014, and re-joins the club with them potentially one-game away from securing a playoff spot. It's expected Reid will be at West Brom training tomorrow ahead of Friday night's visit of Hull City to the Hawthorns.